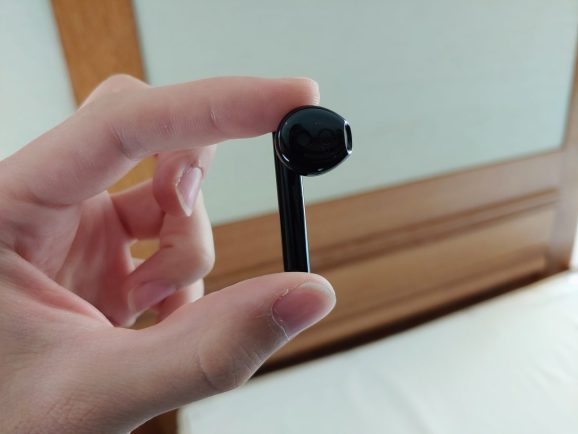 For better or worse, Apple’s AirPods have become the de facto earbuds for folks living wire-free lifestyles, with an estimated 60% share of the global wireless earbuds market as of April 2019. The valiant efforts of Jabra, Samsung, Jlab, Bose, and others have so far failed to unseat the Cupertino company’s flagship from its pole position.

This hasn’t stopped Huawei from trying. In 2018, the company announced FreeBuds, Bluetooth earbuds that borrowed generously from the AirPods’ aesthetics. This year, it went back to the drawing board for their successor, FreeBuds 3, which the Beijing company claims are significantly faster and more power-efficient than those of its chief rivals.

When the FreeBuds 3 go on sale later this year, they’ll ship in two colors: black and white. Pricing has yet to be announced, but assuming they’re in line with the FreeBuds 2, they’ll likely cost less than $200. 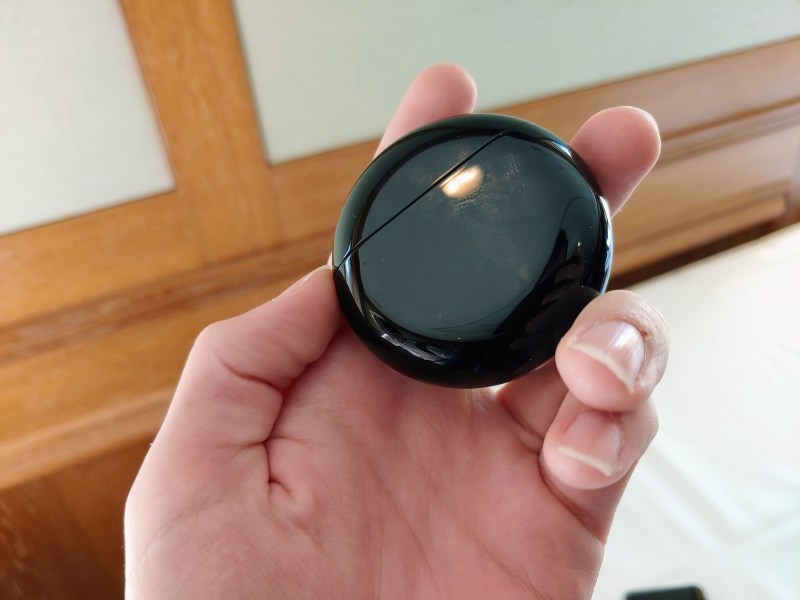 Above: The FreeBuds 3 carrying case, which doubles as a charger.

The FreeBuds 3 sport a dedicated chip — the Kirin A1 — that’s one of the world’s first to support Bluetooth 5.1. (Mum’s the word on whether they’ll take advantage of the spec’s direction-finding feature, which can determine the direction of a signal down to a centimeter.) Huawei says that much like Apple’s H1, the chip is designed for audio products, headbands, neckbands, smart speakers, and next-generation eyeware.

It delivers the goods with respect to performance, without a doubt. Huawei claims that its proprietary isochronous dual channel Bluetooth connectivity tech can reduce latency by 30% and lower power consumption by 50% when used in tandem with a compatible handset and is able to transmit up to 2.3Mbps of data at maximum speed. That’s compared with the popular AAC audio codec’s 320Kbps upper limit and the 990Kbps maximum transmission rate of Sony’s LDAC. 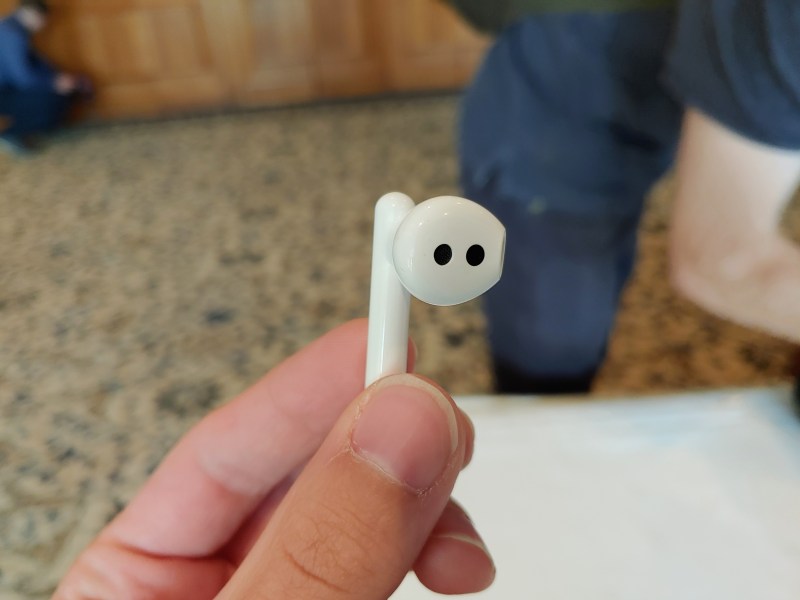 The FreeBuds 3 aren’t in-ear, like the FreeBuds 2. They’re open-ear instead, with ergonomic curvature that’s designed to be both comfortable and “sure-fitting.”

Active noise cancellation is present and accounted for, and Huawei claims it automatically adapts to the shape of the wearer’s ear canal to reduce noises up to 15 decibels. Separately, thanks to a bone sensor and redesigned aerodynamic mic duct, the FreeBuds 3 can capture spoken words even in loud environments by measuring vocal vibrations. For example, Huawei says voices come through “crystal clear” on a bicycle traveling around 12 miles per hour. 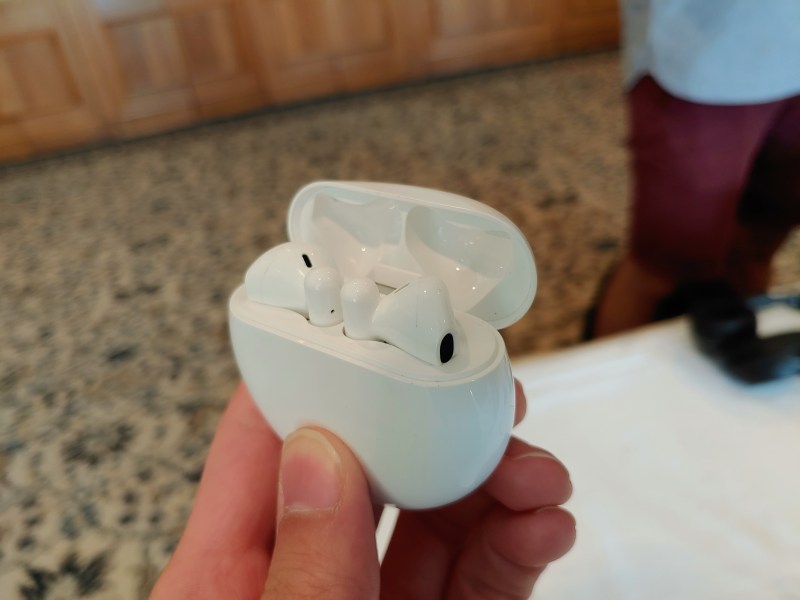 The FreeBuds 3 boast a 14-nanometer high-sensitivity dynamic driver with a dedicated bass tube and latency of 180 milliseconds. (Huawei pegs the AirPods 2’s latency at 200 milliseconds). Fast-charging delivers up to four hours of power in 30 minutes, or up to 20 hours with the included charging case. That’s not industry-leading power efficiency by any stretch — Samsung’s Galaxy Buds last a quoted six hours on a charge — but  Alex Wang, Huawei’s vice president of marketing operation, asserts that the FreeBuds 3’s spotlight features make up for its deficiencies.

“We [think] they can give you the best wireless audio experience. They’re the world’s first open-ear active noise cancellation [earbuds],” he said during a press briefing earlier this week. “Its design makes the sound more … focused and accurate … You can hear [the difference] in quality.”