The new mobile game Pokémon Masters made $26 million in its first seven days, according to mobile market analyst Sensor Tower. That estimate does not include China.

Pokémon Masters came out on August 29. While many Pokémon experiences center around capturing and collecting pocket monsters, Masters focuses on the franchise’s trainers and gym leaders. You use them to compete in 3-vs.-3 battles against computer opponents.

Masters is off to a better start than most other Pokémon mobile games, although it is still far from a Pokémon Go-sized mega hit, as you can see in the Sensor Tower chart below. 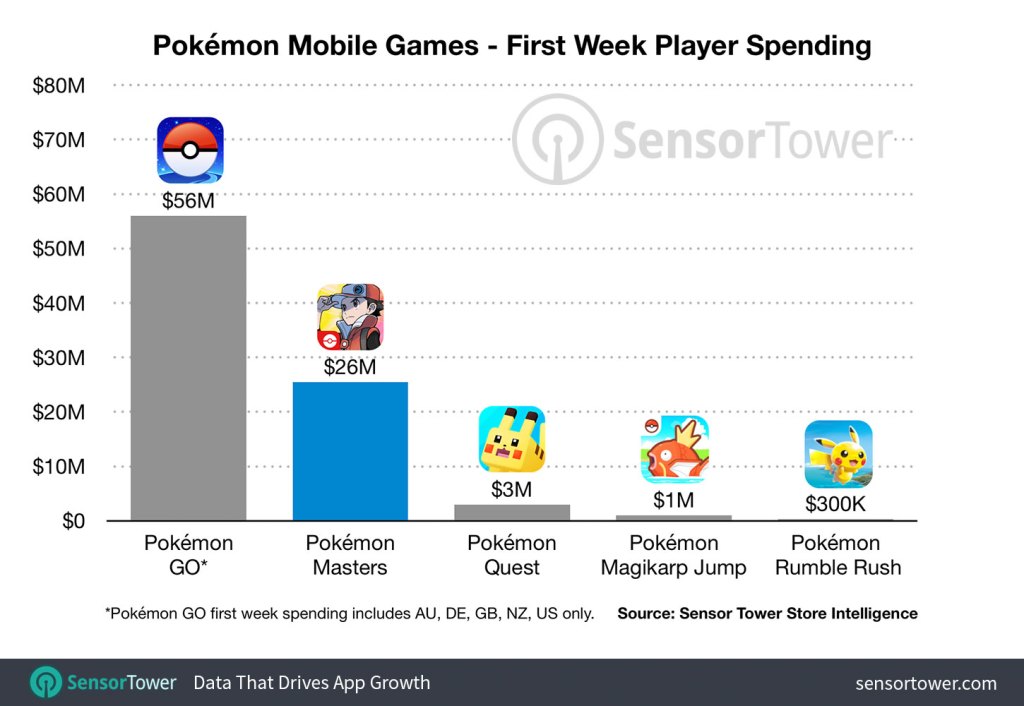 Above: Pokémon Masters compared to other Pokémon mobile games.