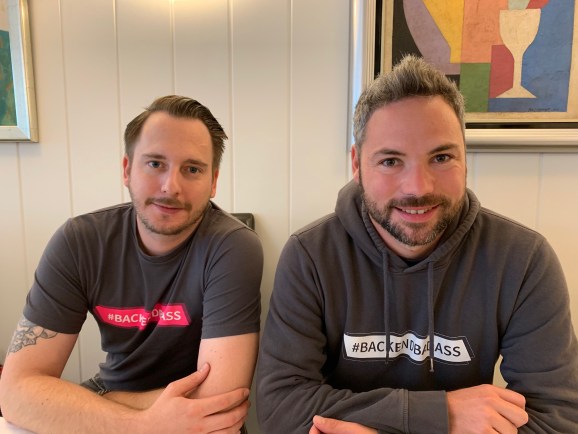 Munich’s Zeuz wants to be the “backend badass” of games. That means it tackles the issues related to keeping an online multiplayer game operating on any platform or territory.

As games from smaller developers like Phoenix Labs’ Dauntless go global, it’s important to have tools and technical “badasses” that can make sure that players can access their games any time they want, from just about any location. The idea was to make multiplayer gaming flexible, efficient, and fairly priced.

And while there are competitors that enable that, Zeuz wants to be a neutral backend partner. For instance, Steam has tools to help with scaling a game for lots of gamers, but with the emergence of rivals like the Epic Games Store, or Microsoft’s Playfab/Azure service, the tools offered by a single platform won’t necessarily scale across other platforms.

“We provide technology to ease the life of the backend developers, not only for big companies but also smaller ones,” said Manuel Karg, CEO and founder of Zeuz, in an interview with GamesBeat. “You have to be able to scale things like matchmaking and multiplayer.” 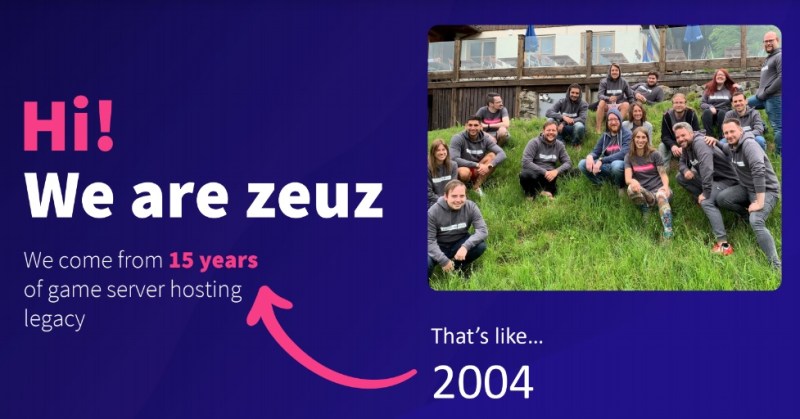 Above: Zeuz is based in Munich.

And now it is introducing multicore server services, with up to 300 players per server instance, larger map sizes, high throughput, and full performance.

The work that Zeuz does isn’t easy to spot. If a game isn’t buckling under the pressure of a million users on launch day, then there’s a good chance that Zeuz is doing its job right.

“It’s a blame and no fame job,” Karg said. “The real badass doesn’t get to stand in the spotlight at all. But if they make mistakes, then a million people can’t play.”

While Karg said Zeuz is the most neutral, others are trying to fill that role too. Nway has launched a platform to enable crossplay in real-time games across mobile, console, and PC. And Epic Online Services, provided by Fortnite maker Epic Games, is also spinning up it service. Zeuz is competing with some of the big tech providers, but it is also cooperating with the likes of Ubisoft, Unity, Amazon, Google and Microsoft Azure as well. It’s kind of a world of co-opetition. 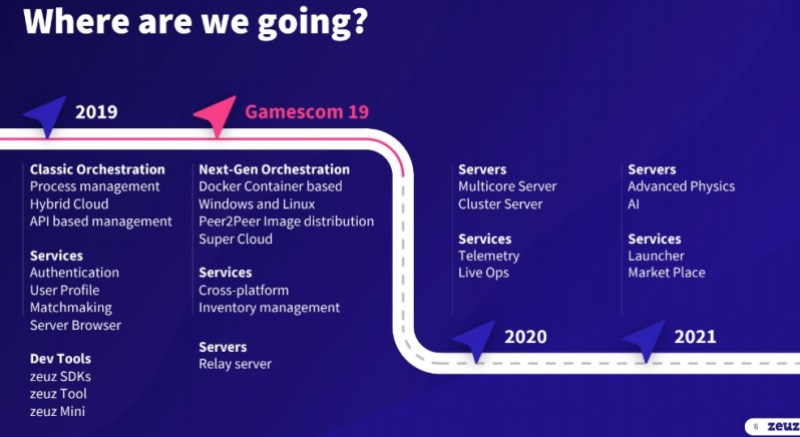 “There’s no real store-agnostic solution out there for matchmaking,” Karg said. “You need tools, payout, inventory, and scaling. Scaling with the cloud can be incredibly expensive. So for scaling, we have our own container-based solution. We can take 40% to 80% of the lifetime costs for scaling. We are competing less with Azure and more with the stores, like Steam.”

Zeuz has 30 employees, and it was originally part of G-portal, a game server hosting company. It began serving business customers such as Funcom (maker of Conan Exiles) in 2017, and it spun out in 2018 with several million dollars in venture capital funding. Zeuz also helped Devolver Digital launch its Scum game in August 2018.

“They asked us a day before to double the number of players to support,” Karg said. “We did it. The game was incredibly successful. They sold more than a million copies in the first two weeks.”

The customers started snowballing through 2019. Daedelic Entertainment, Snail, and The Farm are using Zeuz. Black Matters and Team 17 are using Zeuz for multiplayer shooter Hell Let Loose.  Triternion hired Zez to launch medieval fantasy multiplayer game Mordhau. And other “double-A” developers — those that have good games but smaller publishing operations — are finding Zeuz to be useful. Customers with more than 50 million players are using Zeuz.

“We are getting important games like store-agnostic games,” Karg said. “We are your 24/7 backend badass. From an economic perspective, it’s a little like Unity started taking off, with the shift to mobile. We are shifting to games as a service that run for five or ten years.”