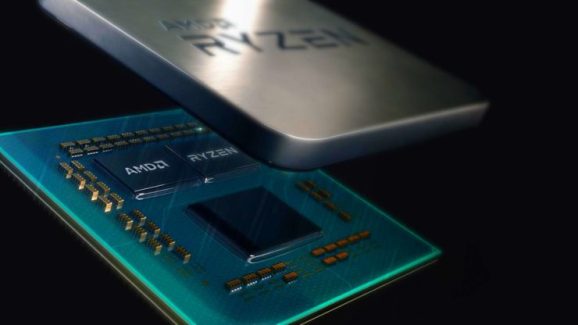 AMD claims it has a fix for the Ryzen boost that will roll out soon in a BIOS update. Since launching in July, Ryzen owners have discovered that many CPUs don’t reach their max boost clock speed. But the processor company says it has eliminated this problem in many circumstances.

The boost-clock problem doesn’t have a huge real-world impact, but it is potentially a false-advertising trap. AMD says it has addressed the bug, however, and it is seeing positive results in its internal testing.

“Our analysis indicates that the processor boost algorithm was affected by an issue that could cause target frequencies to be lower than expected,” reads an AMD press release. “This has been resolved. We’ve also been exploring other opportunities to optimize performance, which can further enhance the frequency. These changes are now being implemented in flashable BIOSes from our motherboard partners.”

AMD claims that it is seeing an extra 25-to-50MHz across its various Ryzen 3000 chips in boost mode. This should be enough to put most of its 3rd-gen Ryzen CPUs over the necessary threshold. But we’ll have to see how the BIOS works out once it actually goes live. And the company notes that the nature of CPU performance means that you may end up getting different results due to any number of variables.

“Our estimation of the benefit is broadly based on workloads like PCMark 10 and Kraken JavaScript Benchmark,” reads AMD’s press release. “The actual improvement may be lower or higher depending on the workload, system configuration, and thermal/cooling solution implemented in the PC.”

When does AMD’s boost clock fix BIOS update go live, and how can I get it?

AMD estimates that it’s going to take about three weeks for its patch to reach you and me. The update is finished, and the company handed it over to motherboard manufacturers. But now those hardware partners new to certify the update and run it through their own prelaunch testing.

But once it does go live, you should be able to get it from your motherboard vendor’s support website. You’ll have to flash the new BIOS, which is relatively simple. But you could potentially brick your system if you don’t follow the instructions, so just be sure to thoroughly understand the process before starting.

And then, yeah, we should all see improvements to our Ryzen CPUS, right? Well, that depends on how you define “see.” The 3000-series CPUs don’t run at max clock for extended periods, so an extra 50MHz here or there isn’t going to matter in games. And it’s probably not going to make a difference in most productivity tasks, either.

But hey, you paid for a chip that can hit 4.6GHz, and you should get that. Even if, in the end, that number isn’t going to change your life very much.