Back in March, Apple took the wraps off of Apple Arcade, a premium monthly game offering that affords unlimited access to a curated selection of over 100 iPhone and iPad titles. As the Cupertino giant is wont to do, however, it declined to reveal pricing at the time. That changed this morning.

Apple Arcade will roll out to 150 countries starting September 19. It’ll cost $4.99 per month for a family of up to six with a one-month trial, and as previously announced, it’ll allow users to play games on iPhone, iPad, Mac, and Apple TV offline and without advertisements or upcharges. 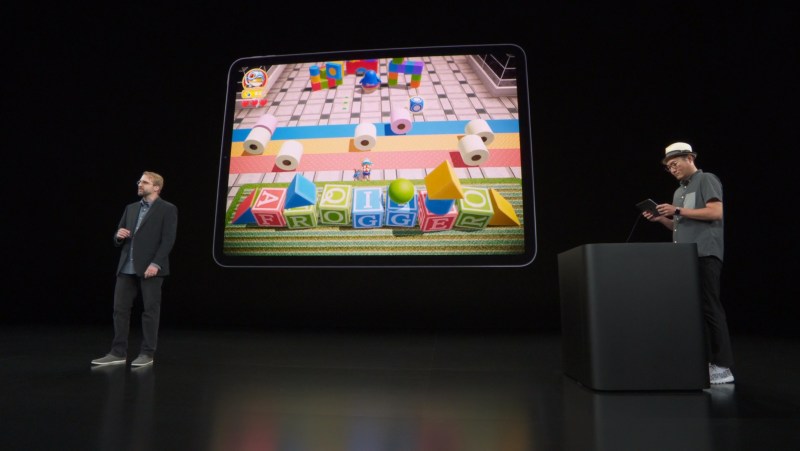 Apple is far from pioneering when it comes to all-you-can-eat video game subscription offerings, but its service’s pricing far undercuts that of the competition. Sony’s PlayStation Plus (on the PS4) and PlayStation Now cloud gaming services (PS4 and PC) run $10 per month and $20 per month, respectively, while Microsoft’s Xbox Live Gold (Xbox One and Xbox 360) and Xbox Game Pass both cost $10 per month. EA’s EA Access and Origin Access tiers command a $5 premium for benefits like a back catalog of the publisher’s top sellers, and Ubisoft’s Uplay+ subscription service — which includes access to upcoming game betas and more — starts at $14.99 per month.

In another attempt to differentiate Apple Arcade from the myriad services somewhat like it, Apple has taken a hands-on approach, at least partially funding and handling some of the promotion for a portion of included games. Initial titles include Cornfox & Bros.’ Oceanhorn 2: Knights of the Lost Realm, Annapurna’s The Pathless, Snowman’s Where Cards Fall, Lego Brawls, Klei’s Hot Lava, and Revolution’s Beyond a Steel Sky.

There’s also a New Arcade tab in the App Store. It’ll be populated with new games every month, and with game recommendations, trailers, and editorial content like game guides and sneak peeks.