The new roles include bounty hunters, traders, and collectors. Red Dead Online is free for those who bought a $60 copy of Red Dead Redemption 2 on the PlayStation 4 or Xbox One.

Frontier Pursuits are a big addition to Red Dead Online, Rockstar said. They offer an ongoing series of specialist roles such as a bounty hunter, trader, or a collector. 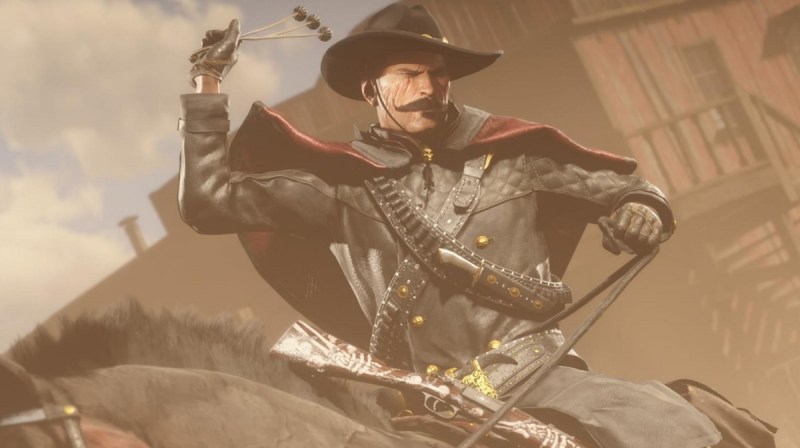 Above: Excuse me, pardner, while I catch a bounty.

Players can pursue these new roles and undertake a wide array of themed activities and find new items and abilities to unlock as they progress. The goal is to deepen a player’s connection to their character as they carve out their own place on the frontier.

Bounty hunters can track down wanted criminals for money. Traders can open new businesses in camps. And collectors can look for rare and valuable items. Players can adopt a single role or multiple roles at once.

They can unlock new skills, useful items, clothing, weapons, horses, and more. Players can also partake in new Free Roam events, Daily Challenges and much more specific to each Role, all while earning cash and experience that can be used to tailor their characters to reflect progression across each Role. Each Role will also emphasize a different aspect of gameplay, giving players the opportunity to experience a different slice of Red Dead Online.