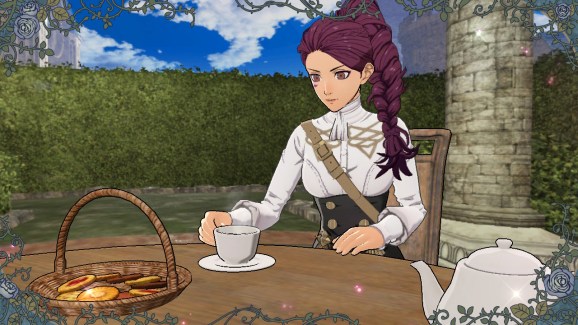 There's nothing harder than pretending to like tea on a date.

Fire Emblem: Three Houses is a great game, but it’s not that challenging. Even on “Hard,” I breeze through most fights. But Nintendo and Intelligent Systems development team have something to keep all of you tactical geniuses on your toes: “Maddening mode.”

Nintendo has launched this higher difficulty tier as part of a new wave of downloadable content for Three Houses. This mode changes the game up in a few key ways. Levels will now have more enemies, and those opponents will have better stats. But the biggest difference is that the more deadly named villains will now pursue you.

On Hard, I’ve found that positioning my squad is important. You don’t want one character to take multiple attacks, so it’s important to use your units to draw attacks away from each other. You need to spread out the pain like a bed of nails.

But once you master this technique, it’s easy to safely approach named boss-level characters because they often do not move. They remain stationary and only attack if you get right next to them. You can then rush that stronger character with your whole team to kill them in one turn before they have a chance to retaliate.

On Maddening, however, those named characters don’t stand still. This will require you to have much better positioning to avoid losing a character (if you are playing with permadeath on).

Those looking for a greater challenge in #FireEmblem: Three Houses, Maddening Mode is available now via a free software update. If you finish a game in this mode without carrying over your previous cleared save data, the title screen will slightly change. Good luck, professor! pic.twitter.com/L30WyxGc0u

To play Three Houses on Maddening, you can either start a new game or select the difficulty when beginning a New Game+ playthrough.

This Fire Emblem update features a lot more than just Maddening mode. The game is also getting its Wave 2 DLC. Players will find that Three Houses now has five new Auxiliary Battles as well as new music you can select from an option menu.

Wave 2 also includes a number of new cosmetic items for your characters. Byleth, the player character, has a new pair of glasses, for example. It’s just like Malibu Stacy.