The Genvid-enabled game Space Sweeper will enable people at the booth to help a group of players defeat difficult challenges in real time, and those at home will be able to join on a Twitch channel. 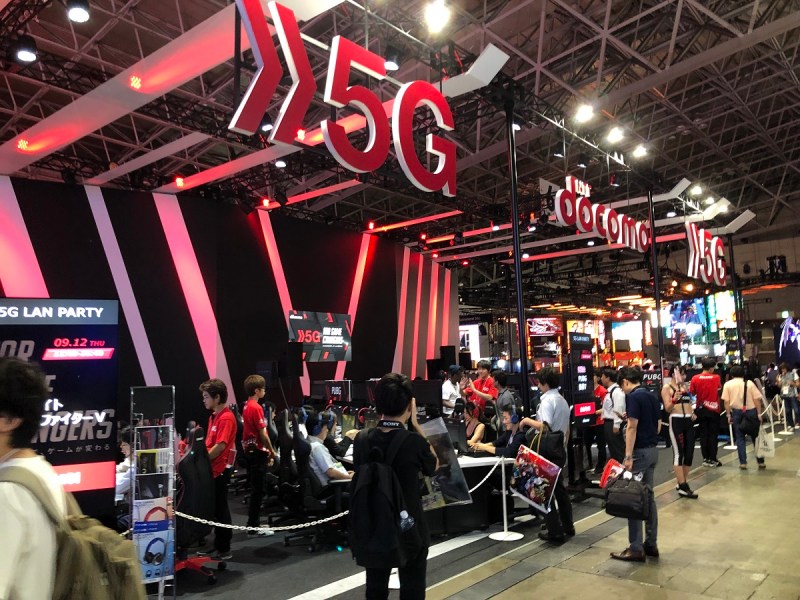 Above: 5G gaming is here.

The event’s goal is to showcase how 5G will change gaming with its fast internet connections and low latency.

Games have mostly been developed with players in mind, but as games begin to merge with traditional media — thanks to interactive streaming — the walls between “games” and “media” will fall and viewers and players will merge into participants who can lean in and lean out of their experiences at will, said Jacob Navok, CEO of Genvid, in an email.

Genvid’s technology, which handles real-time input into game streams at massive scale, is built to power this next generation of low-latency entertainment, and already supports popular platforms like Twitch and YouTube, both of whom are pushing deeper into low latency, and Genvid will soon support Limelight Network’s RTS (Real-Time Streaming) technology as well.

“We are incredibly excited to work with NTT Docomo on the 5G LAN Party at Tokyo Game Show,” said Genvid CEO Jacob Navok, in an email. “Being able to play interactive streams on 5G networks is the culmination of years of work by engineers at Genvid and NTT Docomo. We are excited to have Tokyo Game Show be the debut of our interactive streaming technology as experienced on 5G.” 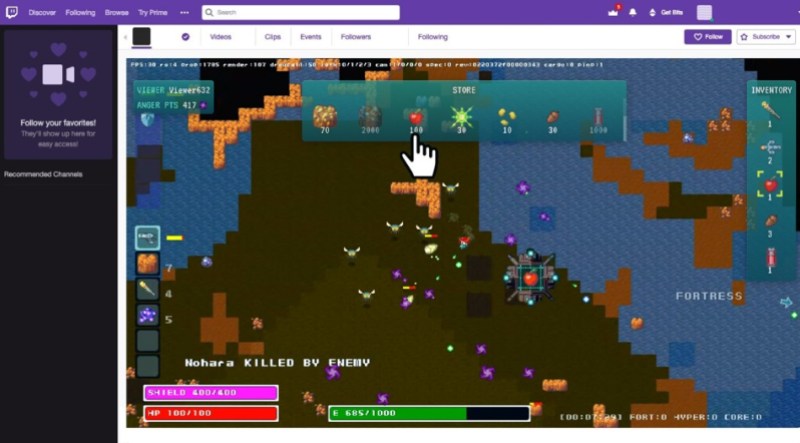 Above: Space Sweeper on Twitch

Stranded on a dangerous planet and attempting to get home, players must defeat endless waves of bizarre creatures and deadly enemies while simultaneously gathering varied resources and upgrading their technology research capabilities to fix their rocket ship.

In the midst of this, viewers watching from streaming platforms can directly participate in the stream. Viewers must collect “Anger Points” generated by the defeated enemies; these enemies’ furious spirits are visible only to the viewers, anchored to the spot of their deaths in the game. Anger Points can be used to send special weapons, enemies, health, building materials and more into any pixel of the game world- assisting or hindering players over the stream in real-time.

At Tokyo Game Show, computers streaming Space Sweeper will be set at NTT Docomo’s 5G LAN party area, and the streams on those machines will enable TGS visitors to help 4 specially selected players on the LAN party stage who trying to clear the game live. The streams will also be public on Twitch for viewers to interact with at home. Since Space Sweeper is an extremely difficult game, players will attempt to get from start to the Silver Medal (a feat that normally takes three and a half hours) in only one hour, relying on help from viewers. The TGS build will only allow help items rather than enabling enemies, and the game’s creator Kengo Nakajima will be commentating the stream live, instructing viewers how to assist.

The 4-player challenge is expected to start 1:45 p.m. Tokyo time; from 3 p.m. Tokyo time there will be free play for those who want to try the player-side of the experience.