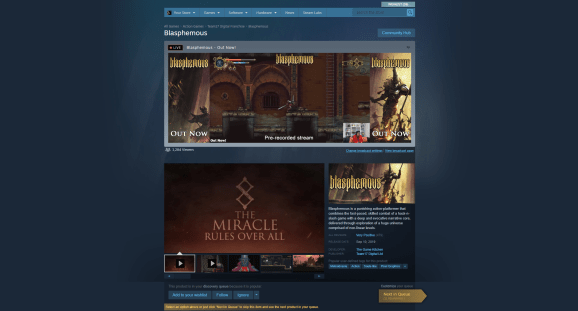 Valve has recently amped up its efforts to improve discoverability on its Steam PC gaming store. The company is now updating its Recommendation Feed and the “More Like This” feature. The goal is to help you find more games you may actually care about.

“Previously, when customers would look for games by browsing the recommendation feed at the bottom of the homepage or the ‘More Like This’ sections, they weren’t seeing as many different games as we would’ve liked,” reads a Valve blog. “Furthermore, we were receiving lots of feedback that ‘Recommended for You’ felt too biased toward only the most popular games and didn’t feel very personalized.”

To address this, Steam engineers began experimenting to zero-in bugs and other issues. It found one that was causing many of the same popular games to appear in personal recommendations again and again.

“The ‘Similar by Tags’ section of the Recommendation Feed had a bug that top-rated games — a category that doesn’t change very often — were driving too much of what players saw,” reads the blog. ” We changed that. We also found that in some places our timescale used to calculate popularity was too narrow, resulting in unpredictable visibility for some games. So we expanded the time period we use in those calculations.”

Steam’s experiment worked: You will discover (and buy) more games

Those changes are working, according to Valve. It pushed out those changes to an experimental group of Steam users. And those customers are finding significantly more, and different, games. They are also visiting more games every time they browse the store, on average. 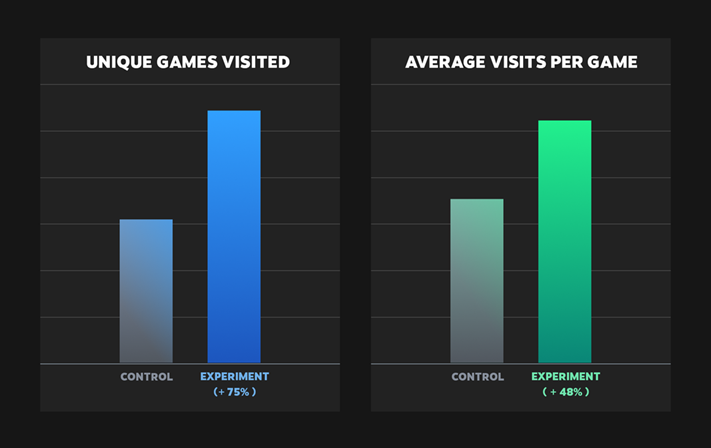 Above: The experiment is working.

But it’s not just visits that are increasing.

“Store areas driven by Tags, such as ‘More Like This,’ saw increases in purchase and wishlisting across a broader set of games,” reads the blog. “It shouldn’t come as much of a surprise, but by increasing qualitative specificity and showing a wider range of titles, more customers found things they didn’t know they wanted.”

These Steam updates are available now to everyone. So if you are looking for you new favorite game, maybe check out Steam.