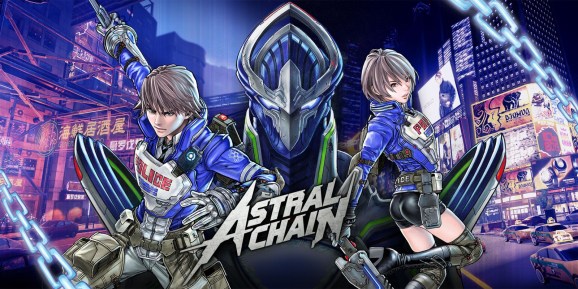 The NPD Group’s list of the best-selling games in August is full of names that came out in July or earlier. Heck, Grand Theft Auto V from freaking 2013 was the No. 3 best-selling game of the month. But it wasn’t all bad news for new releases, especially for Astral Chain.

The Nintendo Switch exclusive placed 10th on the list. Compared to games like Madden, Minecraft, and Grand Theft Auto V, Astral Chain is at a disadvantage. It is only available on a single platform. The NPD Group also did not track digital sales for Astral Chain.

Astral Chain wasn’t the only August release to have a good debut. Age of Wonders: Planetfall is No. 15 on the best-sellers list. That’s a good debut for a 4X strategy game that is only available on PC. The Dark Pictures Anthology: Man of Medan came in an No. 19, a good showing for the narrative-focused game that released late in the month (August 30).

Platinum’s Astral Chain  helped the Switch dominate the top ten list, with five of those games being exclusives for Nintendo’s console: Fire Emblem: Three Houses (No. 4), Super Smash Bros. Ultimate (No. 5), Super Mario Maker 2 (No. 6), and Mario Kart 8 Deluxe (No. 7) along with Astral Chain.

Switch has many games with long sales legs like Super Smash Bros. Ultimate and Mario Kart 8 Deluxe. Fire Emblem: Three Houses looks like it could also spend a good amount of time in the charts. It debuted at No. 2 in July’s NPD chart, and it only dropped down to No. 4 in August. Next month, we’ll find out if Astral Chain has any staying power.