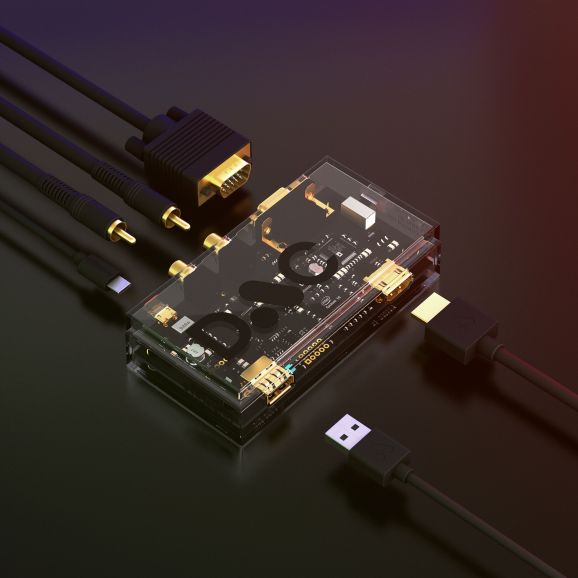 One of the best ways to play retro games on a modern display is with Analogue’s Mega Sg and Super Nt consoles. Those systems enable you to plug in your old cartridges and output them at HD resolutions over an HDMI connection. The result looks great on even high-end 4K panels. But what if you want to go full old school and use a traditional CRT television? Well, now that is also possible with the Analogue DAC.

Today, Analogue is opening up sales for its $80 DAC. This digital-to-analog-converter does exactly what the name suggests. It takes the digital HDMI signal of the Mega Sg or Super Nt and converts it to an analog signal that your old cathode-ray tube TV or video monitor can understand. Analogue also plans to support the DAC with its future consoles as well.

The DAC is valuable because many retro fans prefer CRT TVs. Analogue hardware is great at making classic games look and feel right on giant 16:9 LCD displays. But even a $4,000 OLED cannot fully capture the phosphorus glow and scanline tech of older screens.

How the Analogue DAC works

The DAC is a small box with an HD15 VGA and two RCA stereo connectors as its audio-video outputs. You can then use whatever cables you want to connect the box to an older television.

Analogue says the DAC works to output video as RGB, component, S-video, and composite. This should enable compatibility across a wide variety of older displays.

If that sounds interesting to you, but you want it to work with non-Analogue devices, the company is considering adding that support.

“Right now DAC is made only for Analogue consoles,” Analogue boss Christopher Taber told GamesBeat. “But we are interested in bringing compatibility to more devices.”

So maybe it could eventually work with something like an NES Classic as well.

For now, however, the DAC is for diehards who are buying into the Analogue ecosystem. If you have a big cartridge collection and also value playing on a CRT, this is a great way to continue doing that without putting more wear and tear on your aging original hardware.