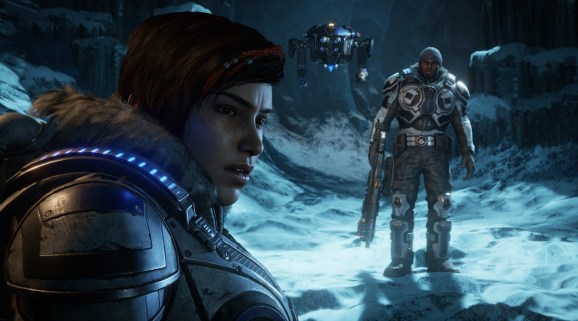 Gears 5 is off to a strong start, seeing over 3 million players in its first weekend, according to Microsoft.

The third-person shooter debuted on September 6 for Xbox One and PC. Of course, 3 million players does not mean 3 million sold. Gears 5 is available on Xbox Game Pass, so many people were able to access the game through the subscription service. Console exclusives like Gears 5 could help increase subscriber numbers.

Microsoft touts that Gears 5 doubled the weekend performance of its predecessor, 2016’s Gears of War 4. It’s important to note that Gears of War 4 debuted before the 2017 launch of Xbox Games Pass, so it did not a boost from the subscription service.

Gears 5’s opening week saw more players than any Xbox Games Studios title since Halo 4 came out in 2012 for Xbox 360. Its PC debut tripled the performance of Gears of War 4 and had Xbox Game Studios’ best launch ever on Steam.

Games Pass for PC launched in June, so Gears 5 is an important lure for the new service. In fact, Gears 5 is Microsoft’s biggest release for the rest of year, with the third-person shooter positioned to help drive Game Pass subscriptions and console sales during the lucrative holiday season.