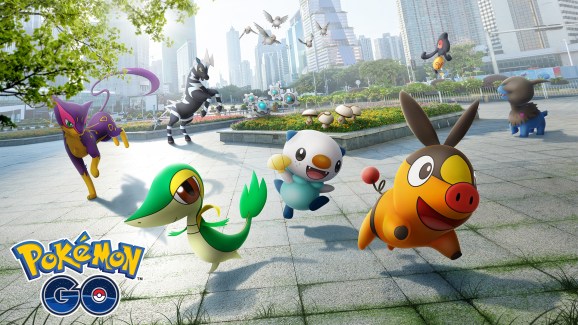 Pokémon Go was the first big step for AR. Will 5G be the next?

Gen 5 encompasses Pokémon Black and White (2010) and the direct sequels Pokémon Black 2 and Pokémon White 2 (2012), all games for the Nintendo DS. Yes, it can all be a bit confusing if you’re not familiar with the franchise, but all of the mainline Pokémon games belong to a “generation.” The first one encompasses Red, Blue, and Yellow, for example. Games in the same generation typically feature the same setting and a similar roster of Pokémon.

Pokémon Go has been a big hit since in 2016 debut, having earned over 1 billion downloads. Adding more Pokémon is a way to keep all of the free-to-play game’s players interested.

The first wave of Gen 5 pocket monsters will include Snivy, Tepig, Oshawott, Patrat, Lillipup, Purrloin, Pidove, and Blitzle. If your favorite isn’t in that list, don’t despair. Niantic has noted that other Gen 5 Pokémon will be showing up. Some of them will be locked to specific locations, like Pansage in Asia-Pacific and Panpour in the Americas and Greenland.