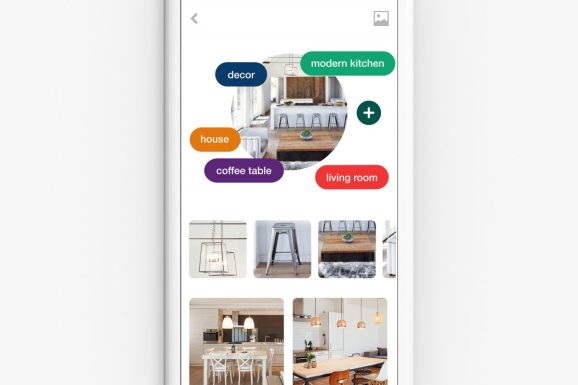 In 2017, Pinterest debuted Lens in beta, an online/offline visual search tool that taps AI to identify objects captured from Pins or by a smartphone and suggest related themes and products. Lens went on to launch broadly and contribute substantially to the over 600 million searches performed across Pinterest’s mobile apps and browser extensions, an over 140% uptick from Lens’ launch day.

“Lens is smarter than ever,” wrote Pinterest in a blog post. “Computer vision technology is no longer just a futuristic idea — it’s made its way out of the labs and into the hands of Pinners who use the technology every day. From camera search where a picture is entered as the query, to saving Pins, visual signals power search, recommendations and results across Pinterest.”

Thanks to the new and improved Lens experience, users can turn pictures saved in camera rolls or newly captured photos into Pins and share them to a Board for posterity. Lens will suggest items related to those photos and others snapped in the real world. And when Lens is used within a fashion or home Pin, it’ll bubble up a shoppable Product Pin along with visually similar ideas to try or buy.

According to a GroupM study commissioned by Pinterest, 80% of Pinterest users start with visual search when shopping compared with 58% of non-Pinners, while 61% and 49% say visual search “elevates their experience” while in-store browsing and helps them develop a better relationship with brands. “These are our latest updates make it easy to go from inspiration to purchase, whether that inspiration sparks on Pinterest or in the real world,” wrote Pinterest.

Following its initial public offering (IPO), Pinterest has increasingly pivoted its attention toward brands, and it’s not difficult to see why. According to estimates, 59% of millennials have discovered products on Pinterest, putting the platform on par with Instagram. And Oracle Data Cloud surveys reveal that Pinterest users spend 29% more while shopping than non-users.

Lens Your Look, which lets you take a picture of an item of clothing and find similar options, rolled out in 2017, while Shop the Look, which helps users buy products from companies and influencers that work with Pinterest, became fully automated last month. Those upgrades coincided with expanded product buying and selling capabilities like Catalogs, which let users convert their entire inventory into shoppable Pins. Along with those were refreshed recommendations that serve results resembling users’ saved Pins and populate dynamically based on available inventory from merchants with shoppable Pins, as well as Related Products, which appear under product Pins to showcase items uploaded by brands.