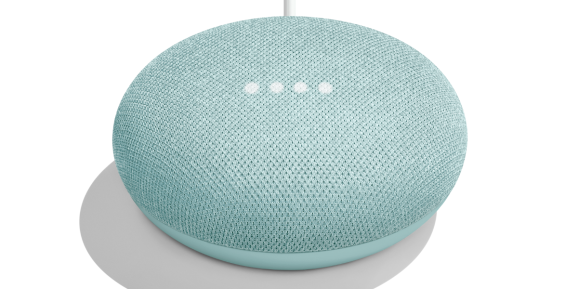 If you’ve been itching to place calls with your Google Nest (formerly Google Home) devices using a mobile plan, now’s your chance. Australian operator Telstra this morning announced that it’s the first carrier to offer outbound calling on Google Nest speakers and smart displays. Subscribers can ask Google Assistant to make calls from a Mini, Home, Home Max, and Hub starting this week, with Nest Hub Max compatibility coming down the line.

Voice-activated calling on the devices is exclusive to Telstra mobile customers for 12 months, with a rollout beginning today. Those who take advantage will be able to link up to six mobile services to their Google Nest devices and synchronize their contacts to their Google account.

Here’ a few of the supported commands:

“The ability to make calls through Google Nest devices means people can stay connected in a number of scenarios, whether they just have their hands full with the kids and pets [or] their phone is out of reach. [It’s also useful for] the elderly and disabled, where greater accessibility to technology is a requirement,” said Telstra connected devices and accessories principal Steve Dance.

Subscribers can activate mobile calling by linking their Telstra number to a Google account through the Google Home app for iOS or Android, after which they can set up Google’s Voice Match feature to personalize their contact list. Calls are free, but Telstra notes that customers might be charged for data by their broadband provider.

Google Nest’s mobile phone service integration follows on the heels of a similar partnership between Vodafone U.K. and Amazon, which brought mobile calling to eligible U.K.-based Alexa users in June via Alexa Outbound Calling. In the U.S., free phone calls with Alexa to landlines and cell phones in the U.S., Canada, and Mexico became available in fall 2017. More recently Alexa-enabled devices in the U.S. gained the ability to send SMS messages to contacts in Android users’ smartphones.

Not to be outdone, Google added free calling support for Canada and the U.S. to products in its Google Nest devices two years ago. And in May it gained touch-tone navigation during phone calls in the U.S., Canada, and the U.K.