Activision and Tencent that Call of Duty: Mobile will launch on October 1 on iOS and Android.

The mobile free-to-play version of Call of Duty will debut in all countries where Google Play and the Apple App Store are supported, with the exceptions of Mainland China, Vietnam, and Belgium. Players can sign up for Call of Duty: Mobile here

Call of Duty: Mobile is a first-person shooter that delivers battles and maps from classic Call of Duty multiplayer games. It has fan-favorite maps, modes, weapons, and characters from Call of Duty, including the Modern Warfare and Black Ops series, in one complete mobile package.

Call of Duty: Mobile’s developer is Tencent’s award-winning Timi studio, and Activision’s publishing it. I played it at the Electronic Entertainment Expo (E3) in June and enjoyed it. You could play with an attached third-party controller or on the touchscreen. I could move by holding down a button on the touchscreen and engage in auto-shooting or use another finger to manually shoot. It included demos of maps like Nuketown, Crash, and Hijacked from past games. 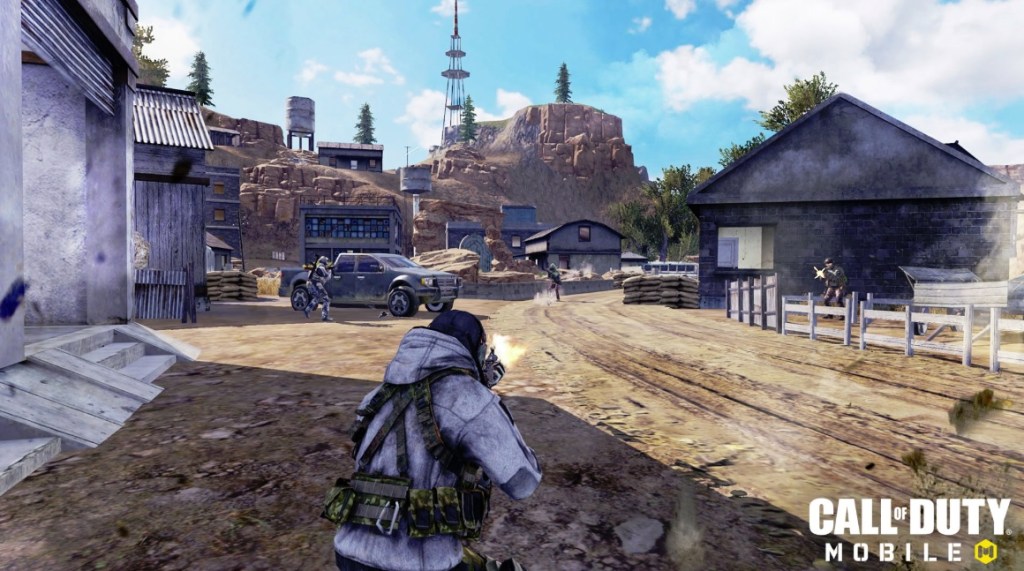 “We are delivering the definitive, first-person action experience on mobile with signature Call of Duty gameplay in the palms of your hands,” said Chris Plummer, the vice president of mobile at Activision, in a statement. “We are bringing together some of the best the franchise has to offer, including Modern Warfare maps like Crash and Crossfire, Black Ops maps like Nuketown and Hijacked, and many more, into one epic title. We’ve tested the game extensively in select territories and the feedback we’ve received has helped us refine the experience for October 1.”

In multiplayer, players will experience the first-person combat of Call of Duty, fighting head-to-head in fan-favorite modes such as Team Deathmatch, Search and Destroy and Free-For-All. Along the way, players will rank up to earn and unlock classic Call of Duty characters such as John “Soap” MacTavish and Simon “Ghost” Riley from the Modern Warfare series, as well as Alex Mason from the Black Ops series. Weapons, scorestreaks and additional gear for equipping and customizing loadouts are also at players’ fingertips.

Battle Royale mode is a take on the genre from within the Call of Duty universe, specifically built and tailored for Call of Duty: Mobile. Up to 100 combatants will fight for survival in a map designed exclusively for the mobile title featuring locations from across the Call of Duty franchise in solos, duos or four-person teams. Players can battle across land, sea, and air with vehicles including an ATV, helicopter, and tactical raft, while finding and equipping gear and weapons that span the series.