The Portal team at Facebook is today introducing its latest generation of devices for WhatsApp and Facebook Messenger video calls, augmented reality experiences, and Amazon Alexa interactions with the debut of Portal TV, the 8-inch Portal Mini smart display, and the 10-inch redesigned Portal smart display.

With Portal TV, you can watch streaming video together with friends and family, although at launch this is limited to Facebook Watch video content. The device plugs into your television using an HDMI cable.

Video calls with Portal work with up to seven people and harness artificial intelligence to enhance the experience. Smart Camera is made to recognize people in a video call and to automatically frame shots. Smart Volume works to modulate volume settings so you can hear a person whether they’re nearby or moving around a room. Facebook’s people identification AI operates locally on the device.

The introduction of the three devices today follows the October 2018 debut of Portal and Portal+ smart displays, the first pieces of hardware developed internally by Facebook and its consumer hardware Building 8 skunk works projects. 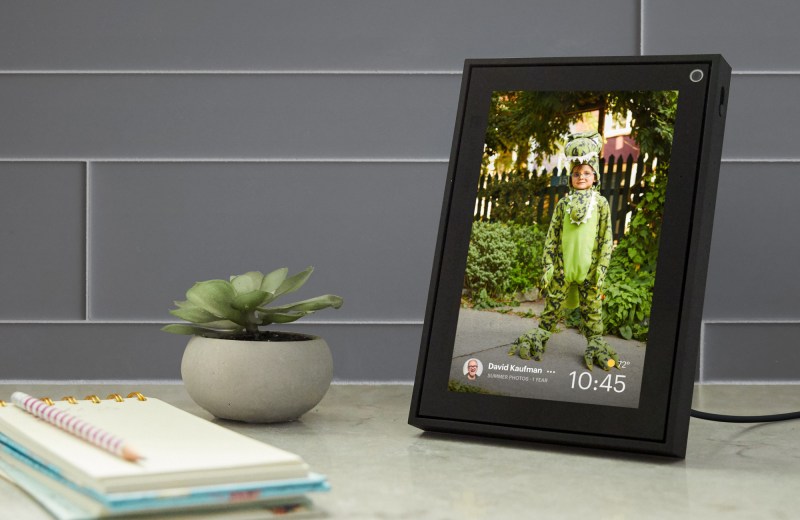 Portal TV begins shipping November 5 and will cost $149. The redesigned Portal will cost $179, while the Portal Mini will cost $129. Both devices ship October 15.

The prices of the Portal and Portal Mini will be welcome news to consumers, since the original Portal and 15-inch Portal+ released one year ago currently cost $199 and $350, respectively.

Using an 8-microphone array and far-field voice recognition, Portal TV and Portal smart displays can interact with Amazon AI assistant Alexa to play music, check the weather, and check on the status of an order from the Amazon online marketplace.

The Watch Together feature adds to the growing number of things you can do with friends and family during video calls. Callers with Portal devices can also share Spotify or iHeartRadio music together, wear augmented reality masks, tell children’s stories with AR, and play AR games together.

When not being used for video calls, Portal devices will be able to stream Amazon Prime Video or circulate photos of friends on Facebook or Instagram, a feature Facebook calls Superframe. 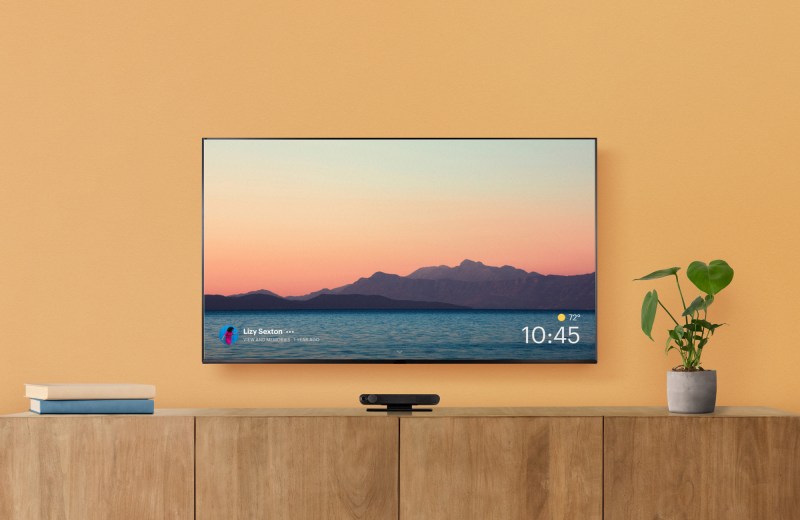 Above: Superframe on Portal TV

The release of new Portal devices today comes as Facebook plans to expand Portal sales to more nations around the world. The devices were initially available in the U.S. and Canada and will later this year become available in the U.K., France, Italy, Spain, Australia, and New Zealand.

The Portal team and Facebook CEO Mark Zuckerberg first shared plans to introduce WhatsApp calls for Portal devices and extend sales to European countries at the F8 developer conference in May.

Facebook’s latest devices compete with Alexa and Google Assistant-powered smart displays, such as the Nest Hub Max and the second-generation Echo Show.

New Amazon hardware that works with Alexa is expected out next week as Amazon hosts an annual event in Seattle, while Google is planning to introduce new hardware — like the Pixel 4 — at an October 15 event in New York City.

Facebook employees out of the company’s Redmond, Washington office are also reportedly developing an AI assistant.

On Tuesday, news emerged that Facebook’s AR/VR unit, which includes its Portal division, is also developing augmented reality glasses due out by 2025.