Unity Technologies continued its quest to be a one-stop shop for game developers today with the acquisition of mobile-and-web marketing and analytics firm DeltaDNA.

In recent years, as the app marketing market consolidated, DeltaDNA began to focus more on games live operations management to ensure that a game is monetizing and its economy is operating smoothly, or, as the company says, using insight to personalize the player experience.

Under the terms of the acquisition, DeltaDNA will continue to operate as a separate entity (it has offices in San Francisco and Edinburgh, Scotland), providing its engine-agnostic player lifetime management tools to developers worldwide. Unity didn’t disclose the purchase price.

“Today’s acquisition of DeltaDNA builds on Unity’s commitment to enabling developer success at all stages of the game life cycle, from creation onwards,” said Ingrid Lestiyo, the general manager of monetization at Unity Technologies, in a statement. “DeltaDNA helps developers deeply understand their players, optimize their games and increase revenue. We’re excited to welcome DeltaDNA into the Unity family, and to extend the reach of their real-time engagement capabilities to creators around the world.”

DeltaDNA sees use from many games studios, such as Viacom, Bandai Namco, and 505 Games. Its engagement solution will be integrated with the Unity Engine to provide player lifecycle management. With DeltaDNA, Unity game developers will be able to engage individual players to improve player experience, increasing retention, and building a profitable business. 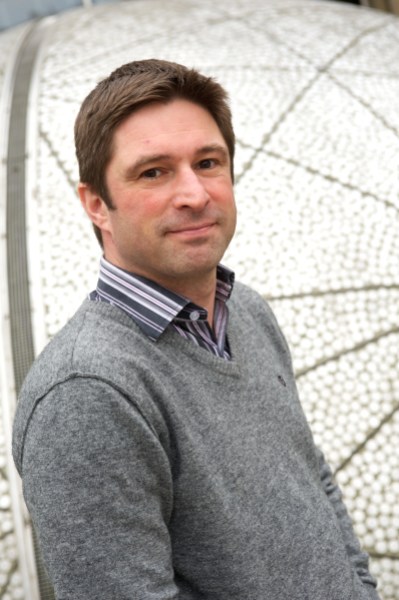 Above: Mark Robinson, CEO of DeltaDNA

“Operating your game just got a whole lot better. DeltaDNA and Unity have always worked well together, but the possibility of a fully integrated workflow is a game-changer for everyone involved,” said Mark Robinson, CEO of DeltaDNA, in a statement. “By joining Unity, current DeltaDNA users will continue to receive tailored support, now with the backing of mobile gaming’s most successful engine, and Unity’s developers will have more seamless access to our advanced analytics and engagement tools.”

Unity’s core business is providing a game engine that developers use to make games. But in recent years it has added services such as advertising and analytics to its mix. Games based on Unity have reached more than 3 billion devices this year and were installed 29 billion times in the past 12 months. The deal is Unity’s third in the past 12 months, following the purchase of Vivox and Digital Monarch Media.

DeltaDNA has rich player data on 160 million monthly active users through its customer engagements. It has 38 employees. Robinson cofounded the company in 2010 with Tim Christian and Chris Wright.

In an email, Robinson said, “We decided to sell because with Unity we can deliver our vision to power player experience through data quicker and better.” He noted that the company hasn’t really morphed, as it has focused on the “idea that data analytics and engagement would make great player experiences and create successful games.”