GamesBeat: What are some of your favorite things that you’ve learned about fighting battles more effectively?

Le Dressay: What’s interesting is the amount of battalions to choose from, historically speaking, that were present on the battlefield, and how you can create defensive lines. You can envelop the enemy. To break through, the enemy has to break through those battalions, and you have to replace the battalions that are too weak to fight with fresh troops. I like that kind of gameplay. When you break through their lines, you have the ability to surround and encircle them. I like that kind of action.

Something that we’re going to release in the next couple of months is the ability to play multiplayer, in order to create another level of challenge. When you play against the AI, that’s one thing, but when you play against a human, it changes the way you want to use your good units, whether you want to keep them in reserve or not, things like that.

GamesBeat: I found that the Germans were particularly good at taking out my aircraft in the tactical mode. Is that just a historical fact?

Le Dressay: Yes, they don’t have a lot of aircraft, but when they have their aircraft in the area, it’s very good. They have a lot of flak, too. We tried to be consistent with history, but of course, when you play–normally, if you have flak, aircraft just won’t go where the flak is. Usually it’s too dangerous for them.

GamesBeat: After one or two flights, I’d lose most of the Soviet aircraft.

Le Dressay: Some aircraft are more resilient than others, of course.

GamesBeat: As far as individual buildings and sites go, how did you handle that? Trying to make every map look unique in some way. Was there anything you could do procedurally to give the player the impression–sometimes I could spot things that looked familiar, some of the bigger buildings and churches.

Le Dressay: For the Belarusian villages, we did something that was — there’s a name for those kinds of houses, the small wooden houses, the dachas? With the small gardens. We have something that makes those in an intelligent way. There are a lot of combinations, so it’s difficult to see the patterns. Otherwise, the overall maps, most of them are drawn from real places. It should give you an idea of Belarus at the time. We had some ideas about changing the landscape and twisting it a little bit when you play different maps, to balance things out for both sides. 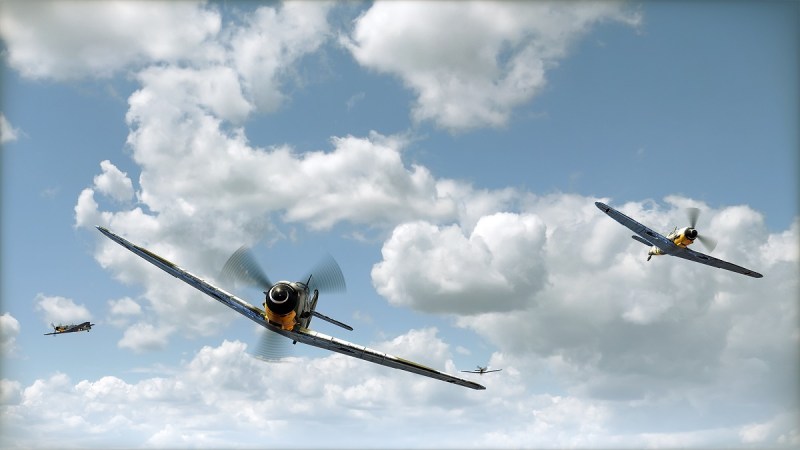 GamesBeat: The hills, the elevation, it seems like that’s particularly hard to show, but that’s where line of sight becomes very important.

Le Dressay: Also, you may have noticed that the heights, the stages, are only so natural. You have stage zero, stage one, stage two. Otherwise it’s difficult to understand, if you have anything that’s more realistic. Even if you have line of sight, you have to learn whether there are holes there. As you were saying, most players are playing at a level of zoom that’s pretty high. You can’t see the details in the landscape. That’s why we always decide to make things simpler than in real life.

GamesBeat: I provided that one video of the battle among the the hills, the Last Hope scenario. I thought the interesting thing there was that when I put some of the bunkers in the hills facing the enemy, they were just destroyed right away. But if I put them on the other side of the hill, hiding them, they’d be very effective against the German tanks coming through the valley between the hills. They’d just stop them. They couldn’t go any further. It was an interesting way to defend. It gave me a better understanding of how exposed you want your defenders to be.

Le Dressay: In fact, what you did is exactly what they were doing during the war. They always had the bunkers hidden from the enemy, never in a large field. The bunkers don’t have big guns, and tanks are much better at shooting back at them. But if you hide them in the forests and use them to ambush, it’s very effective, just as was the case on the eastern front. You understand how efficient it is when you try the two different options. One works and the other one doesn’t.

GamesBeat: What comes next for you? Do you have any other announced projects to extend this or to move on to a new game?

Le Dressay: Right now we’re extending Steel Division 2. We’re doing a lot of support on the game. We want to try something on the tactical side where you can use AI for your own troops. We’ll see how that works. This is something that could be very interesting in terms of pacing. It can change the way you experience the battlefield. We’re also working on the army general multiplayer and other new content.

We have two other projects as well, but they’re still very early in development. I’d better not talk about them, because if they get cancelled–if they’re ready a year and a half from now it would be a miracle. It’s just too early.

GamesBeat: How do you handle the historical research behind the battle?

Le Dressay: We have some very dedicated historians here in the studio. One of our team members has a Ph.D in history. We do a lot of research in our spare time, reading a lot of books.

GamesBeat: Do any of your fans find anything out of place, or are you pretty good at getting it right?

Le Dressay: No, we have some fans that are specialists. We also use some of our fans to help us. When we don’t have the real name of a unit or its order of battle, we ask them. Sometimes we make mistakes and they’ll gently tell us that something isn’t accurate so we can change it.

GamesBeat: How large a team did it take you to do a game like this?

Le Dressay: Between 50 and 70 people. Most of them are on the development side, engineers. We have a lot of artists as well. But it depends on — usually we start with the art in the early stages of development, modeling all the units and elements of the terrain. It takes a lot of time, so it has to start as soon as we can. Then we have a lot of designers, of course, to tweak and balance and integrate all the different elements. 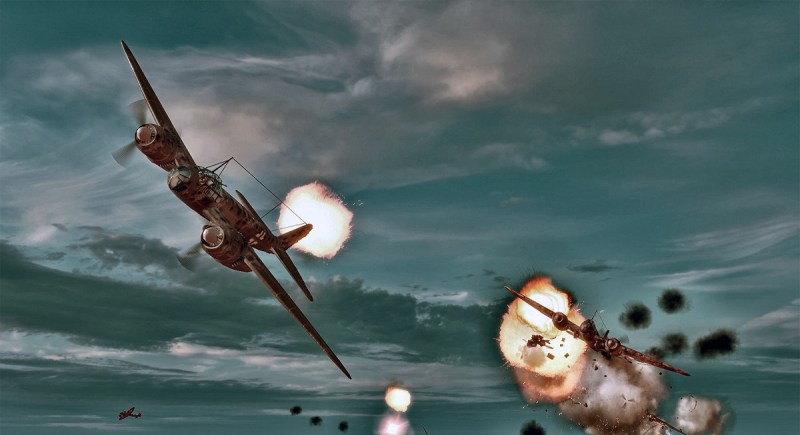 Above: Steel Division 2 battle in the sky.

GamesBeat: One of these days you should marry that army general style with something like Hearts of Iron. You could do the entire world war.

Le Dressay: [Laughs] We can try! The four missions, this is something I was working on today, trying to have the four missions in just one. I think we have a bit more than 1,000 battalions that have been integrated into the game. I wanted to see how big the map would be and how many pawns there were, how long it would take to go and capture Minsk.

GamesBeat: I never got around to doing the deck-building. Is that something fans are doing a lot of?

Le Dressay: Yes, a lot of players want to — they only play online, and they want to optimize their deck. Trying to find the best division with the best deck possible. Of course, a good player will know how to do that, but a good player is a good player because even with a bad composition of units, they’ll beat a bad player. Usually the other player, if they’ve been beaten badly, will complain about the balance of the game. [Laughs] But that’s the definition of a bad player. He doesn’t change the way he thinks.

GamesBeat: What do you notice as far as differences between beginning players who are just learning compared to someone who’s very good at it? What are the kinds of things good player do differently?

Le Dressay: The main characteristic of a good player is they’re always taking the initiative. By initiative I mean they’re able to send some of their troops somewhere knowing they’re going to be crushed, but that sacrifice accomplishes an objective that’s meaningful. A bad player is always responding in very small ways with small units, just focusing on tanks, focusing on their losses rather than winning objectives. Bad players always focus on having the biggest tanks. It’s good to have big tanks, but what’s better is to have the biggest forces in the right place to break through, set the pace, and keep the initiative.

Something that interests me, a bad player or new player is often not able to micro-manage everything, because that’s too demanding. They want to do a lot of things — they have some great ideas about what to do — but they can’t accomplish them all. The game can be frustrating for a number of players who’d like to get into this kind of strategy games, but they say, “I’m not an octopus. I can’t click everywhere. It’s too demanding. I don’t want to train myself to get better at this.”

That’s why, as I say, we’re working on bringing players tools to give them the ability to control a larger number of units. To give you an example, if you’re smart enough to have a group of infantry units with machine guns, the classic rifle platoons, some mortars, some recon, one or two armored cars–let’s say it’s about 10 units. If you’re not a veteran at real-time strategy games, it’s really difficult to control 10 different units. You have to control those 10 units on your left side and your right side.

What I want to deliver is the ability to say, those 10 units have an order, and they have to intelligently do whatever they can to take a given position or defend a given position, because I don’t have the time to make them do exactly what I want. But if you find the time, you can take back direct control of the from the AI. I want to give a lot of freedom in using your units, but also some intermediate AI to help you get everything into the right buildings, the right positions. You probably don’t have the time or the MV to do it.

One of the questions you asked before was whether there was a big audience for this kind of game. I think there is a big audience for military subjects, for tactical and strategy gameplay, but maybe it’s a bit more limited if you ask your players to love micromanagement. That’s a bit too demanding, I think.