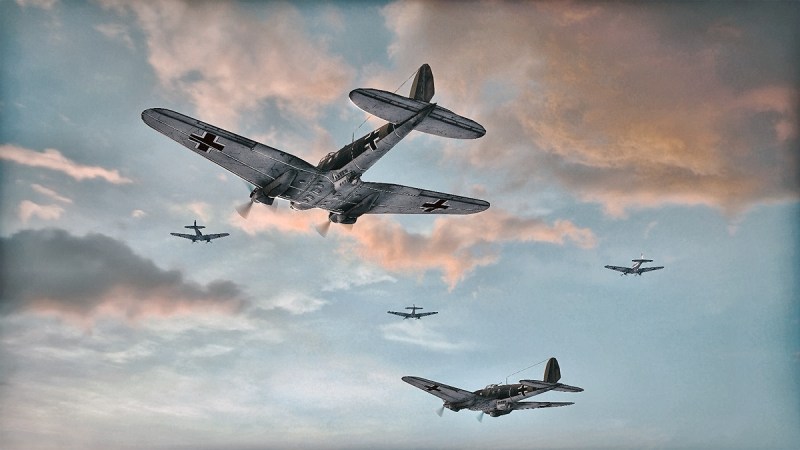 Above: Bombers litter the sky.

Le Dressay: Yes, but the problem with — well, we have groups in the game, but the group is not intelligent. If you ask a group to go to a position, like the middle of a small village, they won’t take the best spots. They’ll be a stupid group. What I want to try to create is some sort of AI-driven smart groups. You can give over half of your army to the AI and it will use it. If you want to take them back, you can do that too. It could really change things. I’m not saying this is going to be really good, but it’s something I want to try and see how it works, see if it’s good enough to deliver to the community.

GamesBeat: As far as the tutorial or the manual goes, how did you approach that, trying to make this game a little more accessible to people?

Le Dressay: We delayed the game twice. We asked ourselves a question: should we delay the game a third time to add tutorials? We decided to go ahead–we said to ourselves that Steel Division 2 is a wargame for an audience that’s eager to try it out anyhow, and so we decided not to. That was a mistake. We should have had a proper tutorial in the game right when it came out. That’s something we’re working on now.

There’s one tutorial on its way for the army general mode, where we explain how to win a battle, how to understand the auto-resolve, all the different aspects of the mode at that level. We’ll also add a tutorial for the tactical battles later on. I think that upset a lot of players. It might have been seen as a little bit rude, not bringing them any way of learning the game. I understand that. Like I was saying, we thought that delaying the game a third time would be asking too much of the community. They were a bit upset when we said we’d delay it the second time. 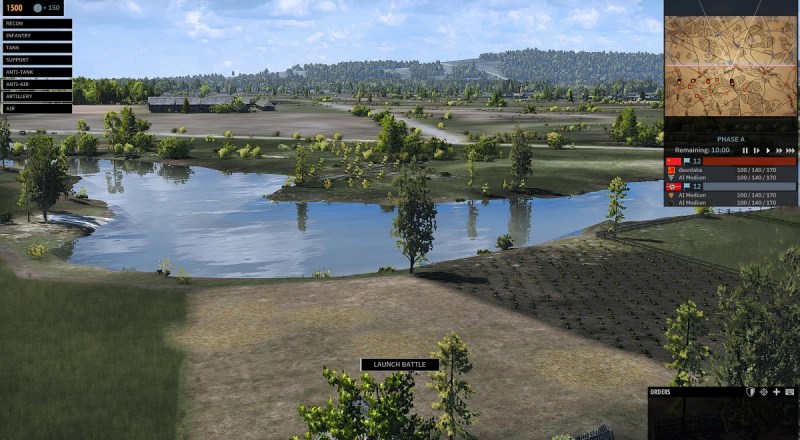 Above: A close-up view of the Beshankovichy map in Steel Division 2.

GamesBeat: I felt like the YouTubers really stepped in and supplemented that with a lot of videos that were helpful for me. That was interesting. When I played Hearts of Iron 4 and was deciding whether to put a lot of time into that, I felt like the tutorial was almost baffling, even after three years that game’s been on the market. I had no idea how to start playing, so I went on to more of Steel Division 2.

Le Dressay: [Laughs] Thank you. A lot of players look to YouTube videos, so like I say, I thought it might be okay if we did the same kind of thing as far as tutorials. With Hearts of Iron, to understand how to play the game I had to watch videos myself.

GamesBeat: I did wonder what it would be like if you played a battle in a very big city. Did you ever consider that?

Le Dressay: We thought about it a bit. But it’s demanding in terms of the work to build something really big. It would probably be overwhelming in terms of pacing and micromanagement, too, if you had to go inside and around big buildings and make that work. We didn’t want to approach it if we didn’t think we could bring the proper quality to it.

GamesBeat: Thinking back on the games I played, it was very easy to try to send out units to patch some of the holes in my line, rather than concentrating a lot of force against one target. It was also easy to miss exploiting an advantage. I’d take a target, but not follow up enough. I was surprised by some battles where I took an objective and I thought it was secure, but then the enemy took it back by surprising me much later, sending a lot of concentrated force against it. That was interesting. It felt like I was playing against a person.

Le Dressay: The way we developed the AI, we copied the way a good player would play. If it evaluates that an objective has a good value and it’s vulnerable to recapture, the AI will do it. If it’s too heavily defended, it will find somewhere else to go. That’s something that a good player will usually do.