For me, one of the surprising delights in gaming this summer came from French independent developer and self-publisher Eugen Systems, which launched its real-time strategy game Steel Division 2 on Steam on the Windows PC and Mac.

The $40 RTS takes you back to the Russian Front of World War II, where the Germans and the Soviets squared off in 1944 with huge battles involving tanks, infantry, and air units. In Steel Division 2, you can relive these battles, zooming in close on the action or zoom out high to get a bird’s eye view.

I played the game for many hours while on vacation, and then I interviewed Alexis Le Dressay, game director at Eugen Systems.

While Steel Division: Normandy 44 from 2017 (published by Paradox Interactive) was set on the Western front, the new game is set during the massive Operation Bagration on the Eastern Front in the summer of 1944. Eugen Systems built the game on its R.U.S.E. war game engine. 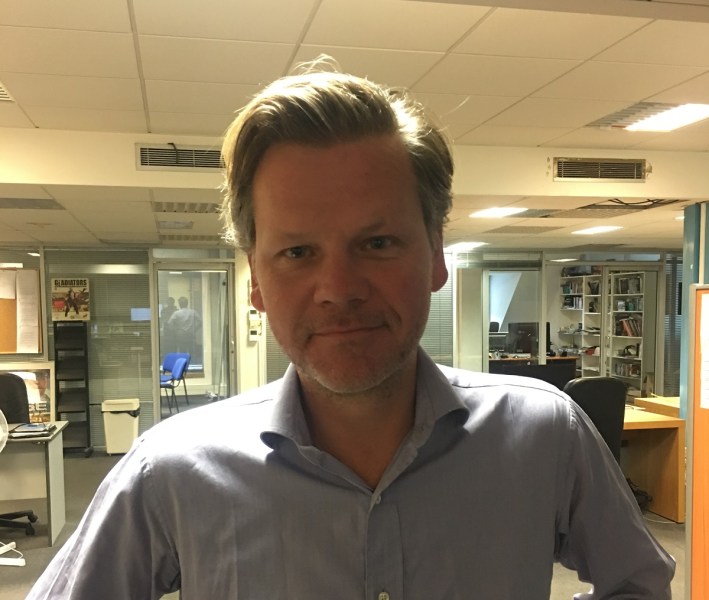 Steel Division 2 owners can enjoy new dynamic strategic campaigns. The turn-based single-player mode has four different campaigns, which let players reenact crucial engagements during Operation Bagration on a 1-to-1 scale. Each campaign offers dozens of authentic units (it has 600 in all), and thousands of soldiers and tanks for players to command. I talked with Le Dressay, who started the Paris studio in 2000 with his brother Cédric Le Dressay in Paris, France, about how it all came together.

GamesBeat: How long did you work on Steel Division 2?

GamesBeat: There’s a lot of content for that amount of time.

Le Dressay: Yes, I hope so. Regarding the content, that’s something we tried to provide, because–I think this kind of game is more dedicated to a specific audience. It’s interesting for them to have a lot of content.

GamesBeat: What was the most difficult thing about making a game like this?

Le Dressay: When we were working on the army general mode, it was having something that could best fit the tactical resolution and the auto-resolve. How to handle an AI that deals with the tactical level and an AI that deals with the operational level, that was difficult. Also, we wanted to have something that was at the battalion size, which meant that we had to create multiple pawns. Which is not really, from what I can see, something done in games that already exist. I didn’t find any turn-based wargames that used multiple pawns to set up battles at the same time.

GamesBeat: I thought it was interesting that in the skirmishes I played, I would have my section of the front, but there were AI battalions on either side of me. That also seems like it would be difficult to do well.

Le Dressay: Exactly. We’ve been working on the AI, the tactical AI, through all of our games. But especially since Act of Aggression, we’ve achieved a decent AI. From what I’ve read from that time, a lot of players, when they select the medium difficulty, think the AI’s cheating. Of course it isn’t cheating at all. It uses the same rules as the player. We should probably change the name of that level to hard, because we usually have some upset players when they get beaten by the AI. But I guess that means the AI is doing its job.

When we developed it, we felt that the best thing to create a decent challenge for players was to emphasize the ability of the computer to use multiple units at the same time, launching multiple attacks. For a human player, it’s much more difficult to attack on several fronts at the same time. 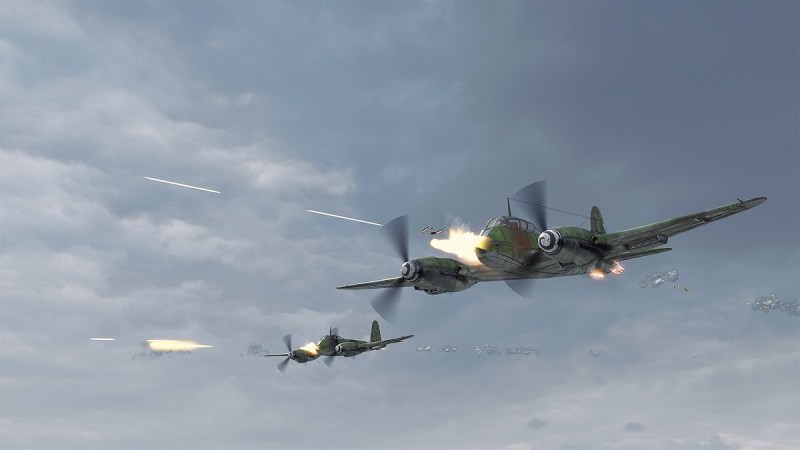 Above: Steel Division 2 pits air, tank, and infantry units against each other.

GamesBeat: That’s what I felt, that it was hard to keep track of so many things. The computer can do that more easily.

Le Dressay: That’s something we’re working on right now. We’ll be able to release it within a couple of months, or maybe a little bit more. My feeling is that a lot of players have difficulty in managing multiple actions at the same time, and they’d probably like to have the possibility to activate groups of units and give them smart orders, like “Defend this area” or “Attack on this side,” while they’re doing something else. It gives you the opportunity to have some help. In order to have a higher point of view over the battle, you can zoom in and zoom out. You’d have the opportunity to select one tank, or to give more strategic orders across the battle. I think this is something that could be very interesting for refreshing the experience.

GamesBeat: I found I almost never zoomed in all the way to figure out what was actually happening to a single unit. Is that common, or do you think a lot of players do that and gain some advantage by doing it?

Le Dressay: Zooming in is just something that allows you to understand and see that everything you do and see on the battlefield is happening. But when you play, normally you never zoom. You have to keep an overview. Sometimes people ask why we have the zoom if you never use it. Usually my answer is, if the zoom wasn’t there, everybody would ask for it. It would be frustrating to be unable to get close to the action, just to experience what it’s like to be there and see a bit more of the mechanics.

But of course it’s impossible to play correctly if you’re zooming in all the time. Maybe 70-80 percent of the time you’re zoomed out. If you’re winning the battle or the pace is slowing down, sometimes you can zoom in and see the different heights of the map and the details of the battle.

GamesBeat: I managed to play it on a brand-new Origin PC laptop. Is this a very demanding game on the computation front? It seemed like it.

Le Dressay: Normally, no, because the engine is very scalable. Depending on the computer that you have–of course, you won’t have all the high-res textures and stuff like that, but normally you can play it on a very old computer. That’s something we’ve worked on, to improve our engine. In Steel Division one, at the minimum settings it wouldn’t run very smoothly. It looked a bit bad. We put in some effort on that front. As it is, it’s very scalable. You can play it on almost any computer.

GamesBeat: The dynamic campaign, is that the big difference from Steel Division one? What were some of the big additions?

Le Dressay: Yes, the dynamic campaign is totally different from what we’ve done in the past. We’re dealing with a lot of different battalions and maps. In my opinion, this is the first step into something that could be, for us, in the next months or years–something we’d like to improve and polish and bring more depth to it.

What I didn’t like in Steel Division one, in the strategic campaign, was the inability to understand the theater of operation, the big picture of the war. Sometimes it was difficult to go from mission to mission and understand exactly what was going on. Here, in Steel Division 2, the order of battle that we put on the different missions is very accurate. It’s very authentic in relation to history. When I started on Steel Division 2, I knew some things about that, but my knowledge was still limited. Now, I hope the players who have experienced the full missions we put into the game have a great understanding of those operations.

In Steel Division one we covered D-Day and the different operations that followed. But I think it was difficult to understand what the U.S. and the U.K. were doing, how the terrain played a part, what the density of divisions was like at the time. It was difficult because you can’t experience the big picture.