Music games don’t always get me on the dance floor. But Sayonara Wild Hearts is a wonderfully creative romp that combines dance-fighting, pop music, and high-speed chases on motorcycles and deer.

This “pop album video game” debuted last week for $13 on the Nintendo Switch and PlayStation 4. I played it on Apple Arcade, which is a game subscription service that costs $5 a month. I also used my Rotor Riot wired game controller to play the game rather than brave the untrustworthy touchscreen. You can also play it on an iPad or Apple TV.

It’s a high-adrenaline game where you tap, jump, maneuver to collect little hearts in a beautiful neon-and-black landscape. I’ve played all 23 levels, and I scored bronze or silver in them. So I have plenty of replaying to do. But I don’t mind because this dream-like game has a wide range of original pop songs, and some of them are pretty good.

In Sayonara Wild Hearts, you play as a young woman who suffers a heartbreak. A tarot card pops up and dubs her The Fool, transporting her into an alternate universe which she has to save. She sets out to restore the harmony of the universe hidden away in the hearts of her enemies. As you take control of The Fool, you speed along on a motorcycle with in a tunnel-like view of the horizon.

So begins an imaginative title from Swedish indie developer Simogo and publisher Annapurna, which has a knack for finding some of the most creative indie games being made. The fusion of music and gameplay reminds me of music games like Rez from 2001 or that wacky and artistic “Take On Me” music video by A-Ha in 1985. 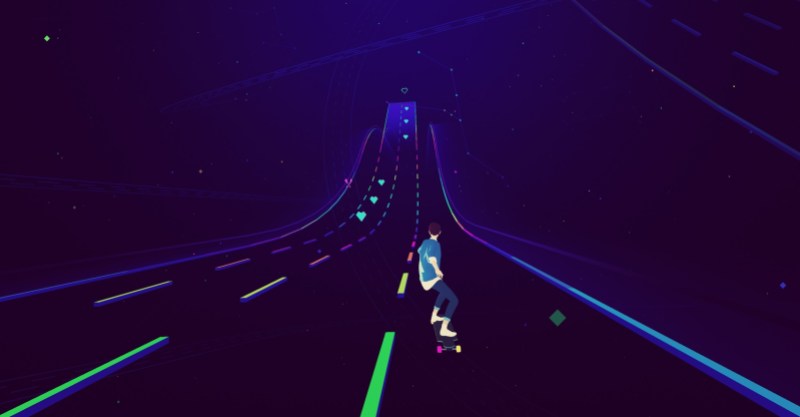 Above: Sayonara Wild Hearts speeds you through a dream landscape.

The gameplay in Sayonara Wild Hearts seems impossible, but it’s whimsical and forgiving at the same time. You ride a motorcycle at high speeds, hop on the back of a deer, or ride a skateboard through the air. You maneuver to collect hearts and avoid barriers that come at you at 200 miles per hour. As you chase your target, you also have to execute hairpin turns and jumps.

It requires a laser-focus to avoid crashing, but when you go off the rails, you almost immediately get to try it again. That means you never lose the rhythm of the level or the music.

While I was just pushing a joystick, the game designers made me feel like I was dancing a ballet while squaring off against those I was chasing. The music inspired me to keep at it until I could get a bronze, silver, or gold award on each level.

The fighting involves motorcycles, swords, and lasers, but it isn’t really serious fighting because of the pop sounds and the forgiving difficulty level. While I played with a game controller, I also played one level, Begin Again, with the touchscreen. I made it through that one on my first try as well. That’s pretty good game design.

It makes you happy

When the masked character, The Fool, goes through her heartbreak and begins her journey, it is accompanied by the sounds of upbeat music and the kind voice of Queen Latifah. When The Fool is avoiding death and speeding through the streets, that music is always playing. And you still have these nice fuzzy warm feelings when The Fool is extracting the hearts of Little Death, the Dancing Devils, Howling Moons, Stereo Lovers, and Hermit 64.

I feel like this is a game that puts you into a good mood, no matter what you’re feeling like when you take up the challenge.

I’ve seen a few people tweet about how the ending brought tears to their eyes. It is indeed heartwarming to see the Fool deliver justice to her enemies in a way that reinforces the inherent kindness of the game. 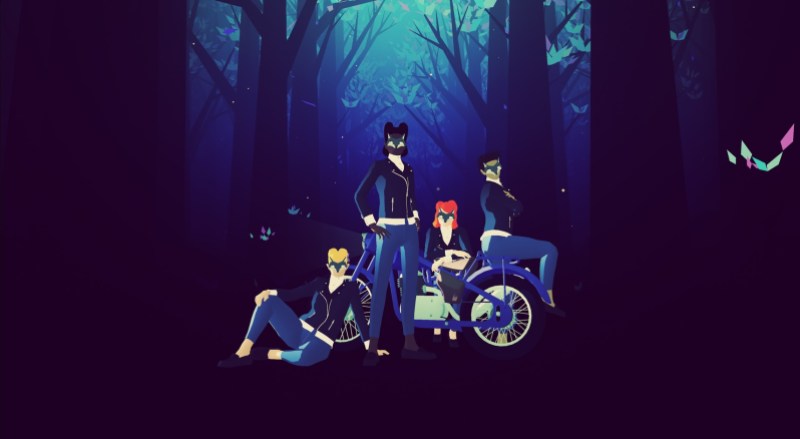 Above: Sayonara Wild Hearts pits you against the Howling Moons.

The game designers paid more than lip service to music. In fact, they created songs to go with each level, and the level designers tuned the gameplay challenges to the music, rather than the other way around. The vocals combine with chiptune electronic instruments. I thought songs like Begin Again were catchy and hard to get out of my head.

Simogo decided to release the music soundtrack on its own. The Sayonara Wild Hearts vinyl soundtrack features the music of award-winning composer and sound designer Daniel Olsén, composer Jonathan Eng, and vocalist Linnea Olsson pressed on two premium audiophile-grade black vinyl discs. It will be available in the first quarter. 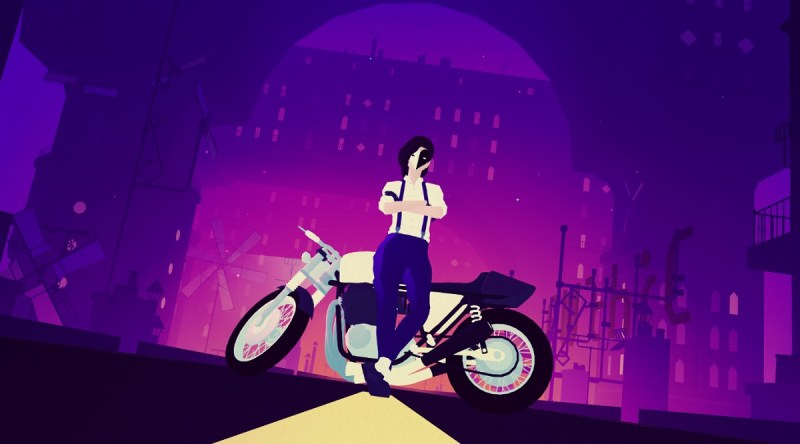 The neon-on-black art is beautifully crafted. It’s hard to believe a small game studio put it together because the art is so well done. It feels like it is synced with the music and the gameplay. 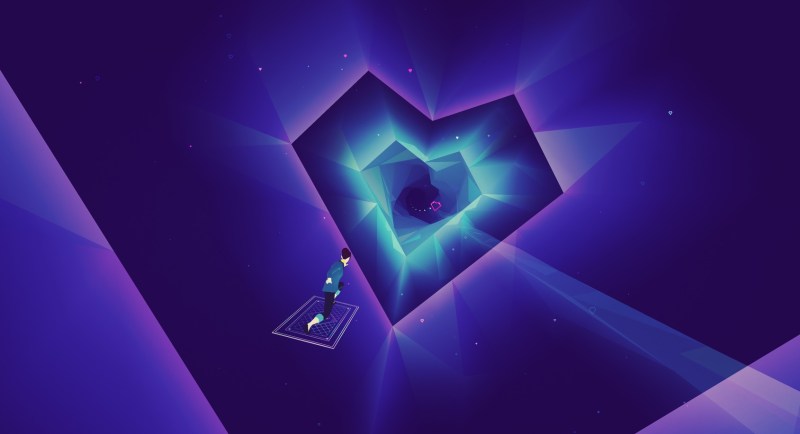 It’s not an easy game, particularly if you try to get gold scores on each level. But it is very accessible. If you crash, you are up and running again at the point where you crashed within a matter of seconds. If you keep on crashing, the game asks you if you want to skip this bit. You can tell it never to ask you again. But that message pops up whenever you die a bunch of times in a row. While it looks hard and thrilling to a spectator, the controls are very simple. 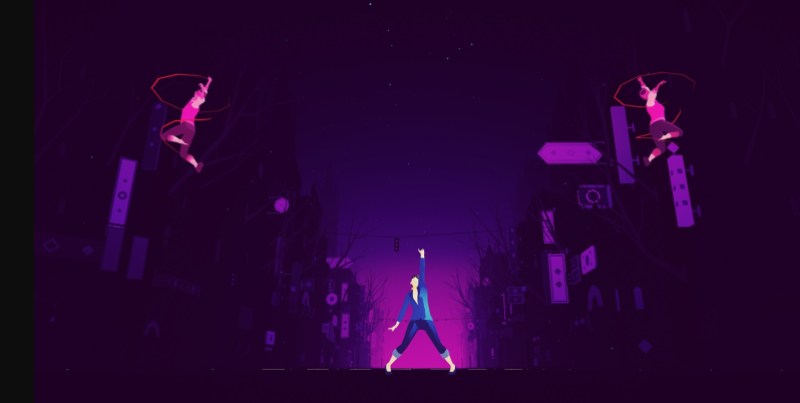 This is a bit of an understatement. This game has perhaps the thinnest story of all time. But even though it could have been better, I don’t thing this is much of a drawback. There is something  pretty in the way it starts with heartbreak and ends with heart mending. But I could have used a little bit more information on who I was fighting and why. 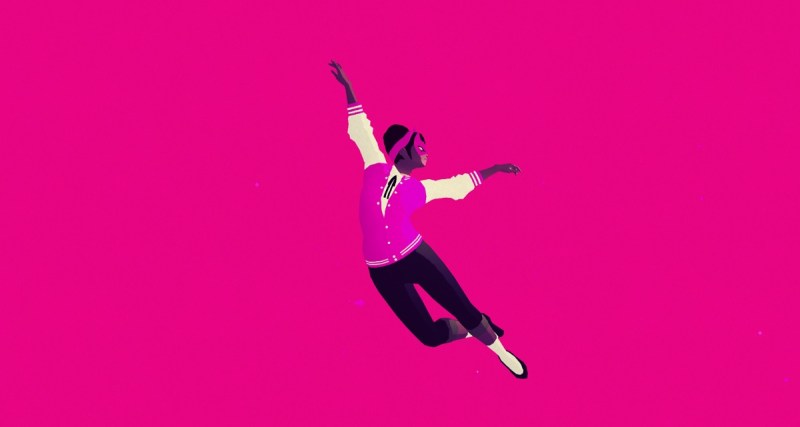 There are a few variations on a theme as you race into the horizon. You jump, dodge, and run over all the hearts that you can. You get to play a Tempest-like stage every few levels or so, and that breaks up the action. But the flipside of simplicity is that you can get bored with doing some of the same kinds of missions over and over.

Too easy to fail

The flip side of being accessible is that some people will complain that the game is too easy. It only has 23 levels, and so you’ll get through your first run in just a few hours. I understand it was made with a small indie team, but I would have been happy with 50 levels, with harder difficulties.

When this game first previewed on The Game Awards last year, I had a WTF moment. Like, what was that? But it grew on me as I played it. And I’m so glad that I took a few hours to play it. It is imaginative, creative, kind, nonstop fun, and hopeful.

While it isn’t exclusive to Apple Arcade, Sayonara Wild Hearts is certainly going to help people see that there’s some amazing value in the package of 100 games that cost $5 a month.

Sayonara Wild Hearts is available on the Nintendo Switch, PlayStation 4, and Apple Arcade. 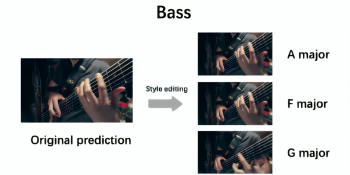 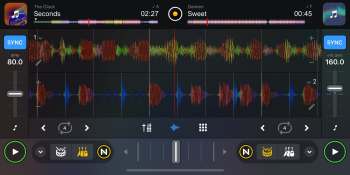 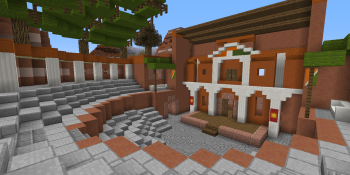