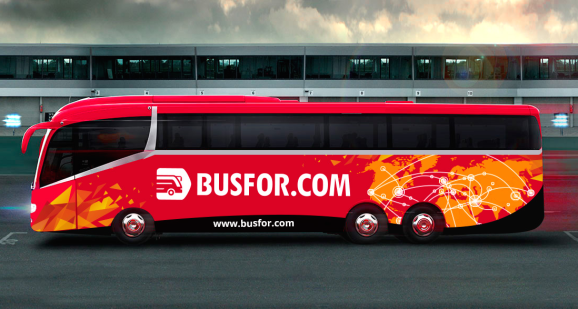 The mobility revolution sweeping through Europe is reshaping just about every facet of how people on the continent travel. While that creates a host of new options for consumers, it also creates immense opportunities and challenges that transportation companies must navigate.

Paris-based BlaBlaCar is a mobility pioneer that now finds itself trying to stay one step ahead of the accelerating waves of disruption it helped unleash. Known for its intercity carpooling platform, the company now plans to push deeper into the world of busing by offering to acquire Russia’s largest bus platform, Busfor.

“This is really to accelerate our vision around how to make available any empty seat,” said Nicolas Brusson, cofounder and CEO of BlaBlaCar.

Across Europe, everything from electric scooters to low-cost airlines are transforming long-established travel habits. BlaBlaCar was one of the companies that originally shook things up with its platform that allows car drivers to post their trips and let other riders pay for a seat. It’s immensely popular in France and much of Europe, and has raised $335 million in venture capital on its way to unicorn status.

Its trajectory has not always been smooth, however. It entered into some markets, such as India, Turkey, and Mexico, where it stumbled and had to pull back. Brusson said India and Mexico are now finally paying off, with rides soaring and its community growing. Today, BlaBlaCar has 80 million drivers and passengers in 22 countries.

Still, its biggest and perhaps best move was entering Russia’s fragmented transportation market in 2014. Russia now is BlaBlaCar’s top market by number of rides, and last year the company acquired Russian carpooling platform BeepCar to further cement its leadership in that market. BlaBlaCar now has 25 million members in the Central and Eastern European region.

That move was followed by an even more aggressive shift in late 2018: The company acquired low-cost Ouibus service from France’s national rail operator SNCF. The renamed BlaBlaBus is now available in France, Belgium, the Netherlands, Germany, and Italy.

With that service being integrated, the pending purchase of Russia’s BusFor takes the company even further into the space.

While the terms of the deal were not announced, Busfor has accepted the offer, which is expected to close before the end of the year. It’s a classic strategy for BlaBlaCar, which early on expanded by acquiring local carpooling services to enter different countries.

Like BlaBlaBus, the Busfor service is really a platform and branding that aggregates third-party bus operators. The company doesn’t operate a fleet of buses, but rather enables a sector to digitize that is still often dependent on paper tickets and purchases made at stations.

Brusson said that was a big factor in BlaBlaCar deciding to again acquire an established player rather than attempting to replicate the work involved in laying the logistical foundation.

“The offline-to-online transition is happening now,” he said. “So taking two years to build the platform, that may be too late. But this is also an acknowledgment that Busfor has built a world-class platform.”

As this expansion continues, BlaBlaCar is also seeing competition in some sectors from Munich-based FlixMobility. The company started as a bus platform, and its lime-green FlixBus fleet is now ubiquitous across much of Europe. The company also launched FlixTrain last year, in anticipation of rules that are introducing competition into European train service.

And this summer the company raised $531 million in venture capital, in part to introduce its own FlixCar carpooling service.

In both cases, the companies have built sophisticated, data-driven infrastructure to match vehicles and customers and help set pricing and routes. Each is hoping those investments will give them a long-term advantage as the markets and demand continue to evolve.

Brusson acknowledged the two companies are beginning to overlap in some geographies. But even so, he’s confident that the potential in all of BlaBlaCar’s markets gives it plenty of room to grow even as other services come into the game.