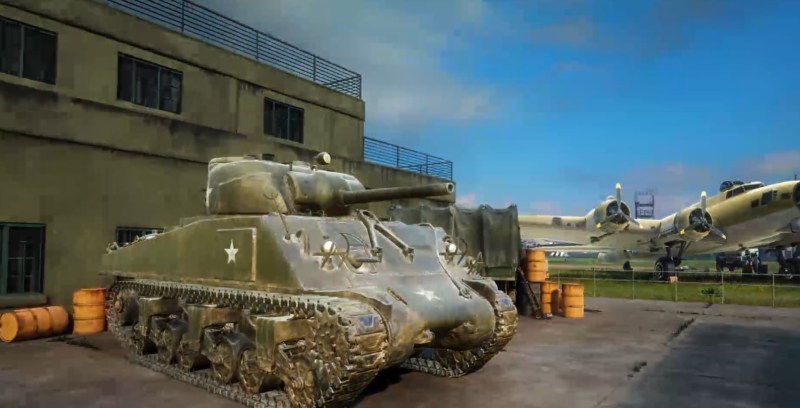 Question: When you’re crouching and ducking, you can’t just do that anywhere, right? It has to be done near cover.

Hirschmann: Well, you can do it wherever. You have a collision sphere that will interact with the environment, so you can’t duck your head into a piece of geometry. But you have complete freedom.

Question: So I can just duck or sit down or whatever at any point in the game?

Question: When you climb and reach the apex, it does fade to black and come back up sometimes. Is that permanent?

Hirschmann: That is a comfort thing that — when you’re climbing something and you transition to standing on it, no matter what we did, it always felt a little jarring. There was always a bit of a pop and disconnect. That quick fade down and fade up allows your brain to reorient. Honestly, in all the tests we’ve done, that has felt the best in how people react to it.

Again, we could make it a little more realistic, but it’s jarring. When you hit that point at the top mechanically, there’s just a little fade out and a little fade in, and it positions you on top of wherever you were climbing.

Question: Is it the same with the spiral staircase?

Hirschmann: [laughs] Yeah. You used to be able to go up — that was an Oculus request, for OC6, to do that. I thought it was rad! But testers felt otherwise.

Question: You mentioned the collision sphere. I noticed that when you get too close to a desk or something, your model….

Hirschmann: Yeah. That’s something we’re constantly tuning. There’s a couple of ways to fine-tune that. Leaning and looking is some of the coolest stuff, and a lot of it is just collision mesh optimization. There are also some systemic things we can do. But yeah, we’re constantly refining that.

Doran: We definitely want you to get as close to all the art as we can.

Question: Are you planning a teleportation system, or is it straight….

Hirschmann: We had one for a long time. For the first year the game existed, we had one, and there was a whole system built around it. Back then it was the thing, but also — I thought it was kind of cool. It wasn’t instant teleportation. We called it tactical traversal, if I can go down a rabbit hole here. It took into account that you weren’t magically beaming around. When you chose the next spot you were going to, the camera would go third-person and your character would navigate that space in real time to account for people shooting at you.

It was neat. The character would dynamically duck under stuff and leap over stuff. It just always — stick movement was always so much better for the experience and for the AI. We just had a moment where we decided it would be better to focus on one of these instead of splitting our attention. Believe me, we invested a lot of time in it. But I never look back on that being a bad decision. Just focusing on making the stick stuff as good as possible. 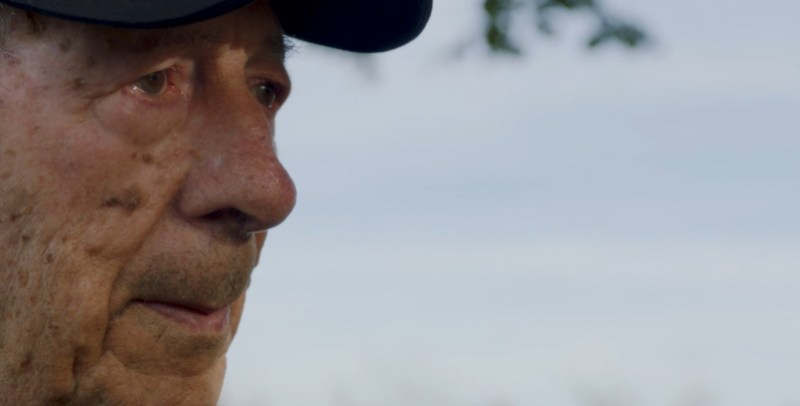 Above: Oculus and Respawn interviewed veterans for Medal of Honor: Above and Beyond’s bonus content.

Question: Back on the haptics, is that very different from the haptics in a game pad controller?

Doran: Game creators are going to have the ability to tie haptic strength and pulse lengths to whatever in-game events they want to. A big explosion going off right next to you is going to have a big haptic. Shooting a pistol, maybe a smaller one. Ejecting a clip, maybe a small one. Getting hit, maybe a medium one. In that way it’s not really any different from development on another platform.

Question: Is the haptic in the trigger, or elsewhere as well?

Question: Will there be different difficulty settings? What skill levels are you aiming for?

Hirschmann: For OC6, if you go to the menu, there’s easy, medium, and hard. That’s tied to weapons right now, how much damage you take. We want to parse that out a little more. We’ll tie achievements and progress, things you unlock, to that.

We want to always be cognizant of comfort options giving the player an advantage or disadvantage. Especially for multiplayer. We have a lot of knobs to turn and levers to flip. Right now it’s the damage every weapon does, the accuracy bonus you get when you’re holding it, how much damage you can take.

For me, what I’m looking forward to, whatever we call it, is our equivalent of an Ironman setting, at least per segment, where there are no checkpoints. The mission designers have done an amazing job of allowing you to play through those levels in different ways. Not just the weapons you’re using, but the paths you take and how you approach them. If you’re being aggressive or being sneaky, you get a very different experience. More so than in any other game I’ve worked on in my career, the emergent moments you get on any given playthrough of the same segment — it’s pretty dynamic.

We didn’t have a checkpoint system, believe it or not, for a long time. When you died, you had to start the segment over. I loved it, because as you — okay, I’m going to try it a little differently this time. For me, the sign of a fun game is one where if you die, you’re not mad at the game. You’re thinking, “Okay, maybe there’s another way to do this.” Because you’re allowed to — there’s not one right way to do it. It’s not super linear. There’s not some secret where you just have to do this and then do that. You’re constantly getting to experiment and make tactical choices.

As you might imagine, I’ve seen these levels played through many times in the past couple of months. [laughs] It’s different every time. Just today, it’s been played differently.

Question: Does the AI scale as far as intelligence or awareness?

Hirschmann: We don’t want to mess with logic hooks and stuff like that. It’s more on their accuracy and the damage their weapons do. But we never want to make them dumb. There’s nothing worse than a dumb enemy.

Doran: There are so many cool things they’ll do. They’ll run up to a grenade and try to pick it up and throw it back. Or if they hear the ping from the Garand they’ll know you’re out of ammo and rush you. We want a player of any skill level to have those moments. That’s why we don’t want to take away any kind of behavior on an easier difficulty.

Hirschmann: I don’t know if you saw, but we have dynamic head tracking. An NPC, independent of their animation set, can look at stuff, which is cool. When you have two AI behind cover looking at each other, and one says something to the other, and it’s all dynamically driven, that’s a really cool moment. Those emergent things, you start seeing them. That, for me, helps define what Medal of Honor is.

We do have you riding the motorcycle, riding in the sub, flying in the plane, but the number one priority is always building the best bad guy that we can, and giving the player the payoff for that. Then when you add narrative on top of that, skits on top of that, these different settings, it starts to add up. 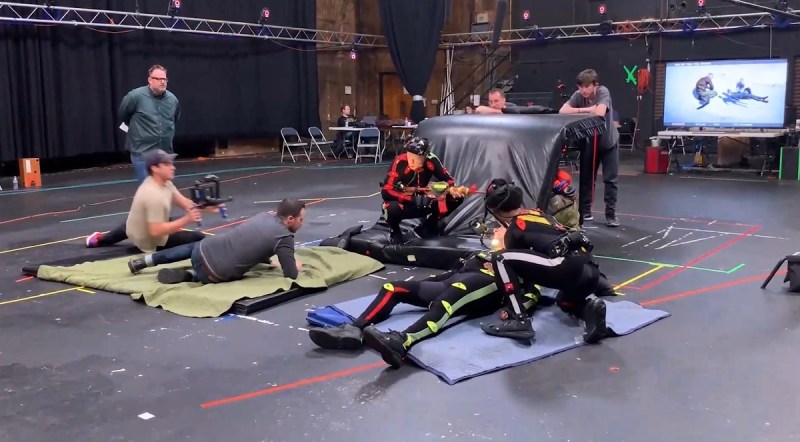 Above: Respawn’s mocap team was busy on Medal of Honor: Above and Beyond.

Doran: Did you talk about dynamically generated bad guys?

Hirschmann: Our tool under the hood — because it’s not a sci-fi game or a fantasy game, they’re not wearing suits of armor or stormtrooper helmets. You can see every enemy’s face. We have a rule. You never shoot the same Nazi twice. We have a whole tool set we’ve been developing for a couple of years, where when the designers place an enemy, the game procedurally generates them.

The designer has the ability — all the stuff you might expect, like uniform and kit, or even what actor plays them from a voice standpoint. But then, from a visual standpoint, it procedurally generates that face. The designer can go in and tweak any aspect of it. We tried to create a set of customization tools that are really robust. As you’re going through the level, you are fighting against the Aryans, and they’re very proud of that. But we wanted a diverse set of characters.

We can change everything from beard scruff to eye color. We have a glass eye setting, which started off as a joke, and then it got implemented. All these different hair styles. Size and silhouette, it’s all pretty robust. That was something that was very important to us. You’re not seeing an army of clones. You’re seeing individuals.

1 2 3 View All
GamesBeat Gift Guides: Everything we recommend this holiday season