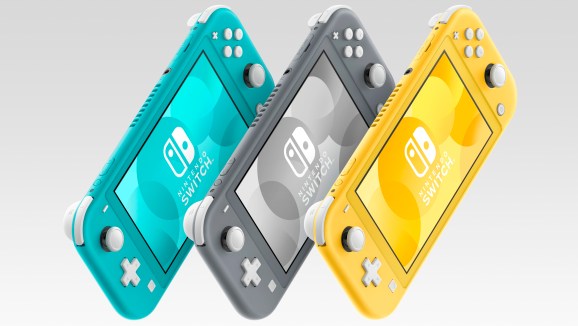 Nintendo’s stock price dropped more than 4% yesterday because investors think the Switch Lite isn’t selling well. But the system actually had one of the best launches for a console revision ever in Japan, according to Famitsu Magazine‘s data tracking. That chart puts the Switch Lite at 177,936 systems sold, which is behind only the Nintendo 3DS XL’s 187,480 in 2012. Famitsu’s data has the Switch Lite launch ahead of the New Nintendo 3DS XL, PlayStation 4 Pro, and Game Boy Advance SP.

Comparing sales of the Nintendo Switch Lite with other additional hardware SKUs.

It did worse than the 3DS XL but better than every thing else, very good launch for the system.

Those numbers look relatively strong for the Switch Lite. So then why is Nintendo’s stock price taking a dive? Well, that’s because of some analysis from Citi.

“The initial impression is negative,” Citi analysts Minami Munakata and Yui Shoji wrote in a note to investors. “Casual gamers that could be drawn to the new console are unlikely to rush to buy the console immediately after its launch.”

Munakata and Shoji based that statement on a preliminary report from Media Create that put the Switch Lite’s sales at 114,000. Media Create later revised that number to the 161,000 figure. But even with those extra 47,000 Switch Lite systems, the revised console still came up far short of Citi’s 300,000 forecast for Switch Lite sales.

It’s unclear, however, why Citi’s expectations were so high for the Switch Lite. As noted above, the Switch Lite had the second-best launch for a revised console in Japan ever. And no revised system has ever sold more than 200,000 units in the first week in Japan, according to Famitsu.

I’ve reached out to Citi to ask for some insight into how it calculated its forecast. I’ll update this story with those details if Munakata or Shoji get back to me.