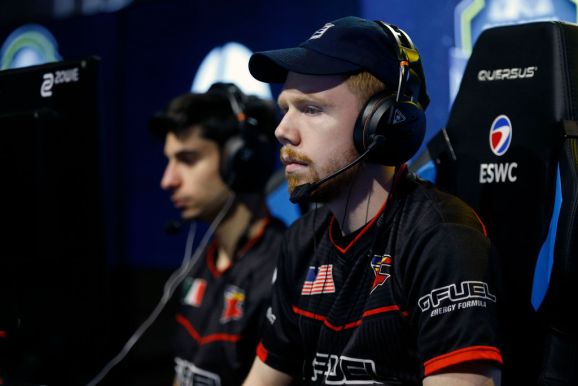 Esports is a billion-dollar competitive video gaming phenomenon, and a booming market. Professional players are drawing larger and larger team salaries, while monetizing their fans on personal channels. Meanwhile, big brand sponsors are turning into team owners and traditional sports team franchises are launching their own esports teams. It’s no surprise that, today, online audience numbers for esports are growing at an incredibly fast rate — tech consulting firm Activate estimated that there were 270 million global fans of esports in 2016 and projected that number to grow to 495 million in 2020. Chinese tech giant Tencent, developer of the first mobile esports franchise, Honor of Kings, generated $66 million in media rights and $64 million in sponsorship deals in just the first half of 2019.

The proliferation into mainstream visibility, along with new revenue streams, is made possible by innovations in today’s mobile and gaming technology. For example, the esports industry in APAC owes its growth to the wide penetration of increasingly sophisticated mobile devices.

Now, with the introduction of artificial intelligence (AI) paired with advances in mobile compute capabilities, the next big technology leap and industry disruption is underway. AI-powered processors are bringing game-changing performance improvements and, along with it, new functionality. The chipsets are about to unlock new and diverse revenue opportunities across the board. And as the continuing global rollout of 5G brings faster connections and extremely low latency, we’ll see even greater engagement.

Recognizing the impact that power-efficient on-device AI processing could unlock for the esports industry, Qualcomm Technologies recently launched “Project Imagination,” a collaboration with Vivo, Tencent Honor of Kings, and Tencent AI Lab. This collaboration explores how to bring more efficient and immersive experiences to the mobile gaming ecosystem from industry experts in the field of gaming, mobile, and AI.

To keep improving the skills that set pro gamers apart — response times, strategy, and muscle memory — esports teams need to practice at least eight to nine hours a day together. Pros then break off to practice individually, which usually entails trying to find players at their skill level or above. Game lobbies full of human opponents don’t usually turn up a real challenge, so it’s easy to hit a plateau once you’re at the top of your game.

That’s where an AI-trained opponent could come in, explains Dave Durnil, senior director of engineering and head of advanced content and gaming for Qualcomm Technologies. An AI-trained opponent lets individual professional players match themselves against skilled competition that challenges and pushes them to improve. In addition, teams can improve their league chances and boost their competitive advantage when they practice against AI models based on upcoming opponents.

“The gaming industry is very cutthroat,” Durnil says. “Being able to play against an AI agent that’s been trained by a variety of star players is going to enhance your skill set, improve your play, and take you to the next level. It could be a huge advantage for pro players.”

The advantages of consistently improved AI-trained opponents could swiftly make them the go-to method for practicing, especially as these matchups unfold. What happens when teams that have practiced for hundreds of hours against AI-trained models of their rivals finally go head-to-head in real time? Esports professionals will invest in practicing against AI models to stay ahead of their competition.

On the consumer side, the Venn diagram of an enthusiastic fan and a hopeful amateur is often a nearly perfect circle. Recreational players frequently harbor dreams of being the next up-and-comer. However, earning even just a toehold as a professional requires constant practice and a focus on leveling up out of the rank and file.

“This could turn into a really interesting subscription model where amateurs might pay a monthly fee to access a continuously updated AI-trained model of the best esports players in their league,” Durnil says.

A subscription model could also offer gamers access to AI players to plug into their home-grown squads when they’re missing a player, or to just provide a leg up that an AI opponent could give them when playing against friends.

The potential is only going to grow as we see esports leagues beginning to take root at the high school and college level. Just like with regular college sports, college-level esports will feed into the pro level, and sponsors will look to the lower levels to draft new players.

The demand for the best esports players in the world to train AI models will also grow, Durnil points out, opening a new revenue source for pro players and sponsors. Professionals could be contracted to train an AI model every day to ensure that professional subscribers looking for advanced skillsets and amateurs wanting to match up against their favorite players are getting an updated AI model every month.

New or hopeful gamers spend a lot of time watching YouTube videos and tutorials, hoping to strike gold and uncover new keys to success. Also, both professionals and amateurs pay a lot of money to hire expensive professional coaches, sometimes by the hour.

“Coaching takes players to a whole new level,” says Durnil. “Once you’ve improved your skill set, honed your reaction time, and mastered the game, it all comes down to strategy.”

Coaches understand strategy – they know the ins and outs of the game and have a lock on the advanced tactics required to win. They also know how to analyze a player’s own individual strategy and tell them where they’re going wrong, and how to fix it. A number of professional esports teams employ coaches. The NBA’s esports league, in fact, hires real basketball coaches to coach their esports basketball team.

Today’s generation of processors with on-device AI processing will take this a step further, enabling real-time AI coaching — on screen as you play — for players of any skill. It can take complete beginners through the absolute basics, or analyze their play, environment, and opponent in real time to offer the kind of immediate feedback that makes a good player great.

Real-time in-game coaching powered by AI has huge potential, because it can be adapted to several business and price models across a wide array of abilities. It could be anything from a kid downloading an AI coach for Fortnite as an in-app purchase to an advanced AI-coach who can put the player through personalized drills based on their strengths and weaknesses to an AI-trained pro coach that can introduce advanced strategy techniques to the player during game play.

The tech that’s optimizing gaming experiences on the edge device

In Asian countries where the modern esports phenomenon first took root, the mobile gaming is already huge and growing. China alone is worth about 25% of the world’s mobile games market. Tencent and Activision just reported that the new mobile adaptation of Call of Duty, due out on October 1, has already surpassed 16 million pre-registrations in China. With advances in mobile device performance, manufactures of gaming smartphones powered by Snapdragon are now able to go all-in on making mobile the preferred gaming platform across the globe, and consumers are ready.

What does that mean for mobile gamers and esports players? AI acceleration, like the Qualcomm AI Engine in the Snapdragon 855 Mobile Platform with a total capacity of more than 7 trillion operations per second (TOPs), offers gamers the advantage of an ultra-responsive experience. In addition, Qualcomm Snapdragon Elite Gaming can provide features, such as smoother jank-free game play with faster physically based graphics rendering and boosted CPU performance without draining power. The Snapdragon Elite Gaming also offers a more immersive visual experience with vibrant HDR10 graphics real-time surround sound.

These gaming advancements are especially good news for esports players who need smoother, faster, cooler gameplay, Durnil points out. When you’re playing esports, you’ll typically turn down the highest visual quality settings because you want to run as fast as possible while avoiding janks or stutter within a game when you’re trying to execute a slick move ahead of your opponent. That’s now a thing of the past. “We’ve built up a lot of new hardware technology and software solutions as part of the Snapdragon Elite Gaming platform to solve that problem for esports,” says Durnil.

Mobile gaming has proven to be one of the most important 5G use cases and esports is set to take full advantage. Faster speeds and ultra-low latency on the network, paired with key innovations in AI-powered hardware and software, point to a new era of major industry growth — and a transformation of gaming behavior on a global scale.