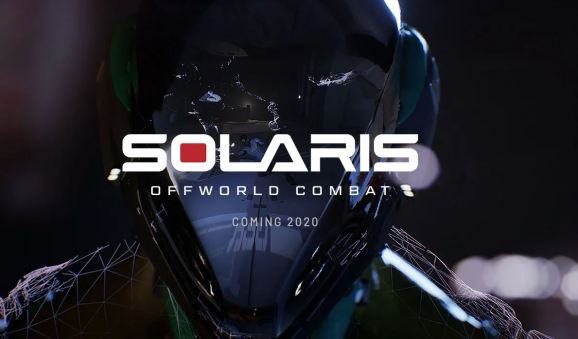 Solaris: Offworld Combat is 4-on-4 multiplayer in VR with crossplay on Oculus Rift and Quest.

Solaris: Offworld Combat is the next VR shooter from the Firewall: Zero Hour devs. It’s coming first to Oculus Rift and Oculus Quest — with crossplay — in 2020 and then PlayStation VR at a later time. And developer First Contact Entertainment revealed its first trailer at Oculus Connect 6 this week.

Solaris is another multiplayer-only experience (this time without even a solo mode against bots — strictly multiplayer this time) and will feature up to 4-on-4 fast-paced battles, reminiscent of classic Quake matches. The PSVR version will be on separate servers and the Oculus iteration.

Notably, Solaris is planning to launch with dedicated servers from day one, which is big news if you’ve ever been on the receiving end of a “Disconnected from the Host” error message in Firewall: Zero Hour or any other game that doesn’t use dedicated servers. This should make the experience much better overall and is great to hear.

We’ve got the first reveal trailer above, but it doesn’t show any actual gameplay. Instead it’s mostly cinematics with some CG to show approximations for what gameplay will be like. Specifically, you’ll notice a moment in the trailer that shows a HUD animation with some numbers and symbols. I’ve been told that’s similar to what you’ll see in your field of view inside the headset.

The premise of Solaris: Offworld Combat is that you, the player, are a massively skilled, futuristic competitive VR esport participant inside the game of Solaris. This means that the game’s “matches” actually take place in VR inside the game, so it’s essentially two layers of VR. Pretty meta, right?

You can see in the renders below what the arenas will look like, sporting a very futuristic art style that honestly reminds me a bit of the Echo games from Ready at Dawn such as Lone Echo, Echo Arena, and Echo Combat. The big difference here though is that Solaris is not a zero-gravity game at all. It’s actually very flat and horizontal gameplay focused — hearkening back once again to classic Quake.

Another big similarity to Quake is that you won’t have to fiddle around with awkwardly equipping and grabbing guns off of your body at all. You start with a pistol in your hand and you get new weapons by just walking into them as they float in pre-determined locations around the level. It’s all about speed and intensity.

The only game mode at launch is named Control Point. Basically it works like king of the hill where you gather points by controlling a single spot on the map, but every few minutes the spot moves to a different location. Two teams, up to 4 on each side, plus lots of guns. Simple and proven.

From the interview that I did earlier this week a theme was that First Contact wants this to be extremely easy to pick up and play for anyone that’s familiar with video games. You don’t need to know the intricacies of how to handle a firearm or remember where to store a grenade on your body. You jump in, you point, you shoot, and you enjoy a quick game or two. There will also be character customization in the way of different types of helmets for your VR-in-VR avatar’s avatar. If that makes sense?

But at the same time it’s designed around mastering maps, understanding weapons and spawn locations, and locking down good tactics with your team. I haven’t played the game for myself yet, but I’m just hoping the accessible design decisions don’t sacrifice depth and entertainment for the sake of lowering the barrier to entry. Firewall Zero Hour strikes a great balance, so hopefully they can pull off that same level of polish again.

First Contact tells me that Solaris will have an entirely separate development team working on Solaris and it won’t interfere with Firewall’s development at all. Which is good, considering the PSVR shooter still has updates and multi-year-long plans in store according to the developers.

I’m eager to see how a game like this performs on the Oculus Quest. There isn’t really anything like this out yet, although other shooters like Onward and Pavlov are reportedly coming to Quest too. This was designed with Quest in mind from the very beginning, so theoretically it should play great if it’s optimized well.

For now Solaris is only coming to Rift and Quest in 2020, presumably in the first quarter I’d guess but there’s no date yet. It will come out for PSVR later in the year. A Steam release isn’t planned at the moment.