Why Warface has lasted

GamesBeat: What has helped Warface stay popular after quite a long time in the market? What do you think is still driving the game forward?

Pabiarzhyn: It’s an interesting question. Starting from 2013, we’ve had a rule across the studio. We want to provide users with new content every month. Over all the years we’ve been doing so, it’s helped us a lot. If you look at the different content inside Warface now, we have around 10 different PvP modes, 10 special operations, a lot of PvP maps. In each mode we have six or seven unique maps, and we have more than 100 unique, real, existing weapons in the game. Every month, players can find something new to them and try it out and keep playing.

We also have a very deep achievement system inside the game. There are more than 1,000 different achievements across all kinds of content. Every time players join the game, they can set their own long-term or short-term goals and keep playing to pursue them.

Starting in 2017, we introduced the battle pass system. This was very positively received by our players, so we’re trying to provide new seasons for battle pass and combine that with new seasons of ranking matches, to provide people with different kinds of new content every season. We want to reward their participation, so every time we create new rewards — new skins, new equipment, new badges, and so on. Every time a player joins the game, they know what to do, and they have goals to work toward. 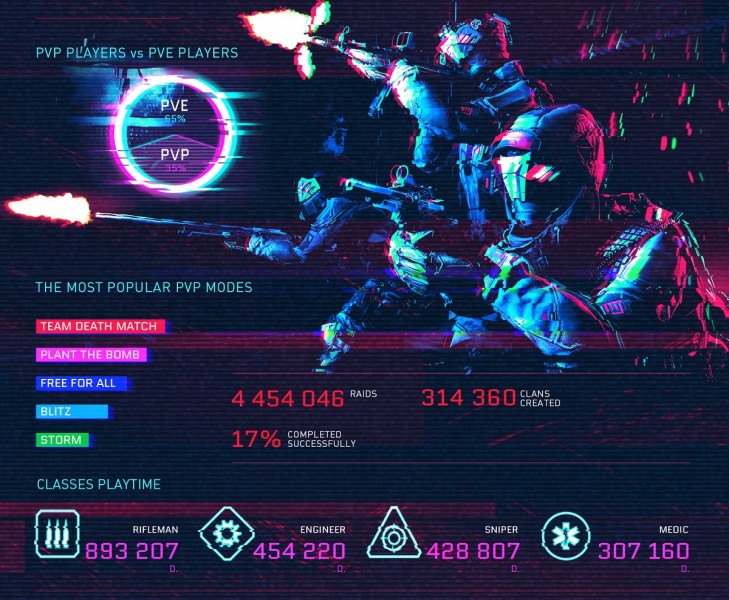 GamesBeat: Do you still identify some countries as places where Warface is the strongest, or do you feel like you have a worldwide audience now?

Pabiarzhyn: Talking about consoles, as I say, the United States is our main priority right now. A lot of people from the U.S. come into Warface each day, and we have a separate community department to talk to U.S. players and collect their feedback. We’re seeing a big impact from the western audience in general on the franchise. We’re making the western market a priority to develop the franchise worldwide. 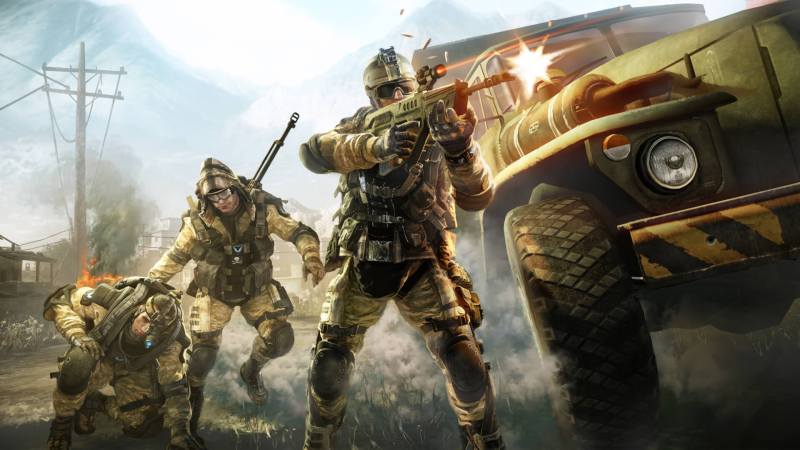 GamesBeat: How are things going on the esports front? Have you been able to measure how that impacts your user base?

Pabiarzhyn: We have a very strong esports team at the Moscow office, which helps us organize that aspect of the game. We have regular competitions in the system with several leagues — common, casual, and pro master leagues and so on. Right now we’re implementing support for the ESL IP for PlayStation. In October or November we plan to have a big tournament on PS4 with the help of the PlayStation team.

GamesBeat: How are you thinking about future platforms? Everyone sees the new PlayStation and Xbox coming next year.

Pabiarzhyn: We’ve already started communicating with the platforms about new hardware. We’ll support both of them as we can. We’d like to keep the game on the previous versions as well, though, and make it so people from the different platforms will be able to keep playing together.

GamesBeat: What do you view as the most direct competition for you? I saw the new Wargaming project at Gamescom, which reminded me a bit of Warface.

Pabiarzhyn: We’re in a unique situation as far as competition. Warface has a very long story in the market. We have a lot of content. That’s our strongest point. Sometimes we need to release content that will let people play Warface in different ways. For example, this autumn for the PC we’re introducing a new playable [class of characters], a robot with a heavy machinegun, and in the beginning of next year we’ll have that update available on consoles as well. We’re always trying to keep updating and providing players with something new. There aren’t many titles on the market, especially free-to-play titles, that have such a strong roadmap of new content. 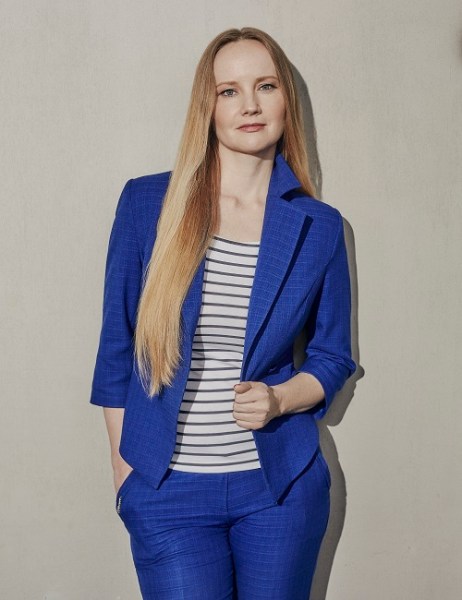 Above: Elena Grigoryan is marketing director for My.Games.

Elena Grigoryan: Talking about competition and different platforms as far as Warface and shooters as a genre, we believe that the shooter genre is one of the key competencies at the My.Games team. We’re very happy with the success of Warface as our key franchise in the shooter genre, but in addition to Warface we have several shooters in our lineup, for PC and console, and for mobile as well. [My.Games recently added Panzer Dogs as a studio, which is making the shooter Tacticool on mobile]. The tactical category is one of the most successful ones on mobile. We’ve been developing in the genre for many years now, and we have a lot of people who are very experienced in the genre. We’re trying to develop our competence further.

One recent step, some months ago we announced a new initiative, My.Studio, an opportunity where we’ve invited independent studios and developers to submit their ideas for developing triple-A console shooters with us. As a company, we’ve committed to finance the development of the winner of this competition and help the studio with the legal aspects, the organization aspects, and other elements of the business side, in order to let them focus on creating the game. We’re going to announce the winner late this year or in the beginning of next year.

We want to provide an opportunity for a studio that would otherwise have no way of developing their idea the way they want to. We’ll try to provide all our expertise to help them bring it to market. For now, our team is working hard to choose the best one out of all the applications we have at the current stage. We’re very pleased with the huge interest in this initiative around the world, and we’ll be happy to announce the winner very soon.

Pabiarzhyn: At My.Games we have many different studios with different kinds of experience on different platforms. That’s something we can bring to the table and share with a newcomer, to make sure that their future games will be as technologically advanced as they can be. 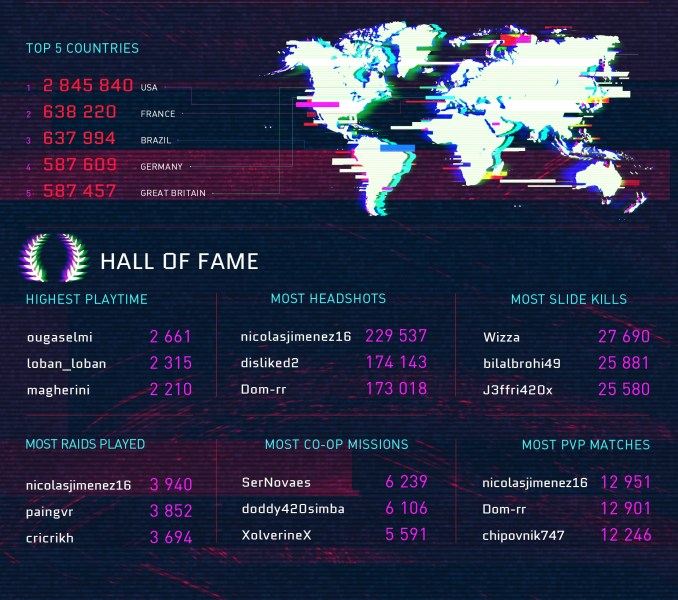 Above: Warface on the consoles is most popular in the U.S.

GamesBeat: Where is Warface made? Is it the responsibility of a single studio in a single city, or do you have multiple studios working on it? How many people are involved, and how does it compare to some of the other shooter projects that you have going?

Starting last year and into the beginning of last year, we’ve dedicated a number of people to work on mobile as well. We have Warface mobile in development as well, and I believe the project should go live on iOS and Android next year.

GamesBeat: Do you still use the CryEngine for development?

Pabiarzhyn: For Warface on PC and consoles, yes, we’re still using CryEngine. The games engine can’t be changed over very easily. As far as our new titles, though, we’ll be using Unreal Engine 4.0. The Unreal Engine is very popular all around the globe, and there are a lot of specialists who have very good development skills in the engine. It’s especially popular here in the countries we’re based in, so we have good opportunities to hire quality engineers and developers who can help us create amazing products in the future.

GamesBeat: How do you think about whether or not to replace Warface with something brand-new, versus keeping it going as it is?

Pabiarzhyn: Right now the Warface franchise is still growing on console and PC, even though the game is already eight years old. We’re growing our audience and growing our revenue. It’s still a good opportunity for us, so we want to keep the project going. We’re putting additional resources into the development of the project. We also have different plans about new projects based on the Warface franchise, though, and we’re researching that question right now.