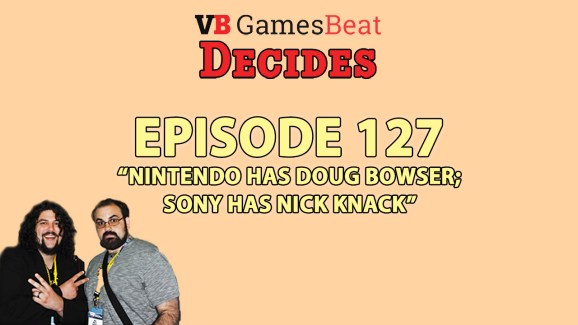 Sony Interactive Entertainment had a big executive shakeup on Monday, and that’s the big topic on this week’s GamesBeat Decides podcast. Shawn Layden is leaving his role as PlayStation Worldwide Studios boss. He was at the company for more than 30 years, so what does his departure mean? Also in the news: Last of Us: Part II has a release date, Project xCloud is getting a beta, and more. Join us, won’t you?

GamesBeat Decides co-host and reviews editor Mike Minotti is back on the program. He went to Chicago and tells us about traveling with The Legend of Zelda: Link’s Awakening. Fellow co-host and PC gaming editor Jeff Grubb, meanwhile, wraps up his thoughts about the Switch Lite. Jeff also tries to explain Untitled Goose Game to Mike.

Here are all the games we talk about: