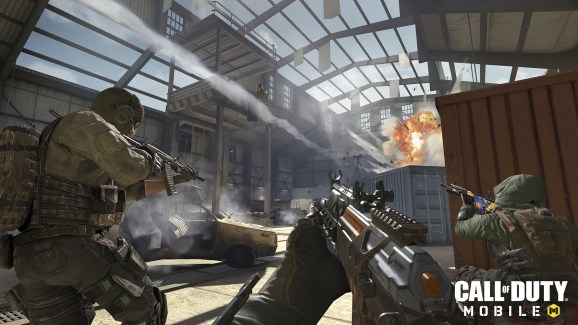 Call of Duty: Mobile has reached 20 million installs and has earned $2 million so far, according to market analyst Sensor Tower.

The mobile version of Activision Blizzard’s hit shooter franchise launched on October 1 for Android and iOS. Some of those numbers from Sensor Tower come from the game’s soft launch period before October 1, but the majority are from the last 36 hours.

Call of Duty: Mobile replicates the experience of Call of Duty multiplayer with classic modes like Team Deathmatch. It also includes a battle royale mode.

India is the country that accounts for the largest number of those installs at 14%. The U.S. at at No. 9 with 9%.

The next non-mobile entry in the series, Call of Duty: Modern Warfare, comes out on October 25 for PlayStation 4, Xbox One, and PC.