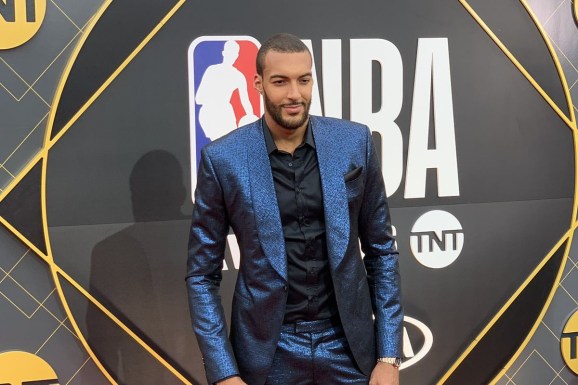 In a marriage of traditional sports and esports, Utah Jazz basketball star Rudy Gobert has invested in ReKTGlobal, a global esports group and parent of the esports club Rogue.

Gobert, the NBA’s two-time reigning Defensive Player of the Year and current center for the team, is joining a hefty ownership team. Gobert will join alongside existing investors including DJ stars Steve Aoki and DJ Nicky Romero, the Billboard Award-winning Imagine Dragons, and renowned Latin music producer Tainy. That’s a pretty good bunch of celebrities who probably know something the rest of us don’t.

Well, at least I get the feeling that is what RektGlobal is thinking in rounding up such investors.

“Rudy’s a phenomenal fit for ReKTGlobal,” said Amish Shah, cofounder of ReKTGlobal, in a statement. “A passionate and longtime gamer, Rudy also brings a strong business acumen and fresh ideas to the table. As he’s been wanting to invest in esports and get more involved in the gaming industry, we are honored that he selected ReKTGlobal to partner with, and we are excited to have him on board as our first traditional professional sports athlete.”

As co-owner, Gobert brings years of playing video games to the table, along with unique insights based on his experience from the NBA, RektGlobal said. In his new role, Gobert will support the growth and continued global expansion of ReKTGlobal and Rogue, through strategic integrations and partnerships. He will also co-host livestreams and deliver creative fan content alongside current Rogue players.

“My passion for gaming is well-known among both the Utah Jazz and my team in France. I’ve wanted to invest in and get more involved in esports for a while, and I’m really excited to make history with the ReKTGlobal family,” said Gobert in a statement. “For years now, I’ve used gaming to unwind and relax during the season. It’s also how I manage to keep up with my friends when I’m on the road. I’m especially looking forward to playing with the new Call of Duty franchise team before they begin competing next year.”

Founded in 2016, New York-based ReKTGlobal esports organization bridges the gap between the multi-billion-dollar business of traditional sports and the burgeoning business of esports and competitive gaming.