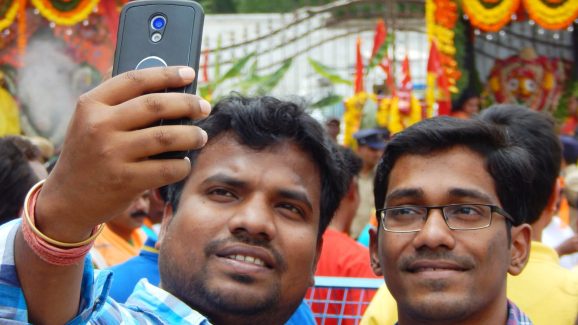 Apple has reportedly selected a location in India for the country’s first Apple Store and is said to already be in the process of designing and building out the site. The new store, says India’s Economic Times, will be in Mumbai’s Maker Maxity — a mall servicing a high-end clientele that includes financial institutions and large businesses.

According to the report, the 20,000- to 25,000-square foot space will occupy three stories, with the top floor dedicated to service and the other floors featuring retailing and experience spaces. Since there hasn’t been a company-owned Apple Store in India before, the site will likely become a magnet for official Apple-provided repair requests and warranty questions, as well as a key location for company representatives to meet with major customers in the country.

India is one of the world’s largest smartphone markets — a major potential source of revenue for Apple — but the U.S. company’s growth in the country has been stunted by a combination of poor pricing strategies and challenging government policies. Tariffs on foreign-manufactured devices and requirements of domestic product sourcing by retailers made opening an Apple Store all but impossible, but the government compromised with Apple and loosened restrictions after the company made significant investments in Indian contract manufacturing facilities. Some entry-level iPhones are now made in India for domestic consumption.

Apple reiterated previous comments when asked to confirm its plans in India. “We appreciate the support and hard work by Prime Minister Modi and his team to make this possible,” the company repeated to the Economic Times from an August statement, “and we look forward to one day welcoming customers to India’s first Apple retail store. It will take us some time to get our plans underway, and we’ll have more to announce at a future date.”

Until now, the country has been served by authorized retailers with much smaller spaces. Mumbai’s largest authorized store has only 8,000 square feet of space spread across two floors and opened only two months ago. Apple’s official store is expected to be 3 times larger and to continue the design themes of its other recent locations. The project is likely to be completed in mid- to late-2020.

Unsurprisingly, Apple doesn’t appear to be targeting the Indian masses with its first local store; instead, the Mumbai location is within the Bandra Kurla Complex, an economic “growth center” in the central southern part of the city that was designed to alleviate congestion in the area formerly known as South Bombay. Multiple banks, technology companies, international schools, and the National Stock Exchange are located in the area, which has a daily working population of roughly 400,000 people.

Choosing a location in the area, which presently faces some accessibility challenges, might help Apple continue catering to a smaller crowd of well-heeled Indian customers. The company has struggled to develop a strong smartphone business within the 1.3-billion-person country due to mismatches between its higher-end pricing strategies and budget-conscious domestic demand, contenting itself with taking a strong position in the high-end market.