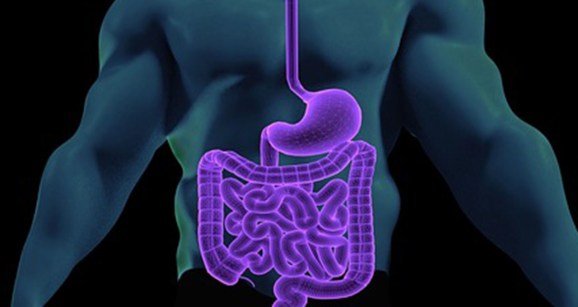 AI Medical Service, a Tokyo-based provider of AI-powered endoscopic screening products, today announced that it’s raised $42.9 million in a series B funding round led by Globis Capital Partners, with participation from World Innovation Lab (WIL), IGV’s Sony Innovation Fund, and undisclosed existing and previous investors. The fresh funds come on the heels of the startup’s $9 million funding round in August 2018, and they bring AI Medical Service’s total raised to $57 million.

CEO Dr. Tomohiro Tada said the influx of cash will be used to promote clinical trials and further AI Medical Service’s development pipeline, and to expand its team as the company invests in equipment and overseas growth. Specifically, it’ll target Asian nations where stomach cancer is particularly prevalent, like Singapore, Thailand, and Indonesia, and in the distant future the U.S. and Canada.

“Our company was founded on the desire to solve issues with endoscopies in the clinics. In January 2018, we published the world’s first article on AI in gastric cancer … and have since published a number of scientific articles on topics including AI in esophageal cancer, colorectal cancer, and capsule endoscopy AI,” said Tada. “In order to commercialize and deliver these products to society as soon as possible, we will make effective use of the procured funds. As our founding philosophy states, we plan to contribute to endoscopic medical treatment around the world.”

Tada, who worked as an endoscopist for 23 years, founded AI Medical Service in 2017 with the stated mission of developing systems to support endoscopic digestive exams. The average Japanese endoscopist checks more than 3,000 medical images a day, and AI Medical Service’s team conceived its tools as a way to cut down on that workload while improving the accuracy of colon and stomach cancer diagnoses — two of the three leading causes of cancer-related deaths in Japan. Troublingly, as many as a quarter of precancerous lesions are overlooked.

To reduce this, AI Medical Service’s product taps AI to analyze video feeds from endoscopes — long camera-equipped tubes that feed down the esophagus and small intestine — in real time, spotting bleeding and polyps to help doctors identify which might be cancerous. In independent tests, its models (which haven’t yet been submitted for regulatory approval) achieved 92% sensitivity in recognizing stomach cancer lesions from videos. And while they currently only evaluate still images post-procedure, AI Medical Service plans to deploy them on GPU-powered devices capable of receiving and processing live video simultaneously.

”Endoscopic treatment is a medical field that needs to be promoted in society because it leads to the improvement of diagnostic accuracy of diseases. However, the industry is facing key hurdles, including long hours required for analysis and a shortage of human resources,” said WIL general partner Masa Matsumoto. “AI Medical Service, which offers endoscopic AI to solve these problems, partners with many leading medical institutions in Japan and possesses the largest number of endoscopic images and thesis data. I believe AI Medical Service will be one of the world-leading companies, given the high barriers to entry into the market, in which there are few players and Japan has an advantage, and the company’s focus on the global market since its inception.”

Globis Capital Partners director Satoshi Fukushima added: “We foresee an irreversible trend of doctors diagnosing cancer in collaboration with AI in the near future. Supported by the world’s leading medical institutions and specialists in the field and led by experienced management, the endoscopy AI developed by AIM has huge potential to help endoscopists and patients globally.”

Also in the mix are heavy hitters like Google’s DeepMind, Google AI, and Arterys, all of which are leveraging AI to detect the presence of diseases like cancer or degenerative eye conditions. For its part, DeepMind recently partnered with the U.K.’s National Health Service to develop an algorithm that could search for early signs of blindness. And Google detailed in May an algorithm that picks out lung cancer from screening tests better than human radiologists with an average of eight years experience.

It’s a lucrative segment. According to Markets and Markets, both the cloud and on-premises computer vision in health care market could be worth $2.5 billion by 2027, up from $210 million in 2018.
Sign up for Funding Weekly to start your week with VB's top funding stories.