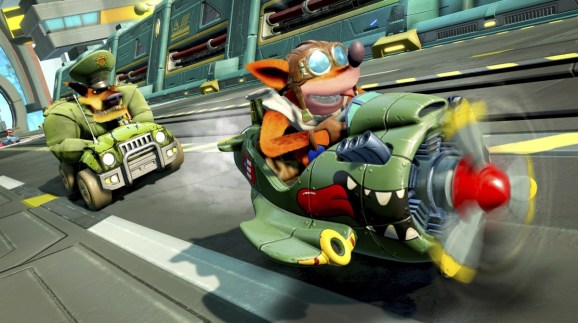 Activision’s Crash Team Racing Nitro-Fueled has teamed up with the Call of Duty Endowment charity to promote the cause of job placement for veterans.

Within the game, fans will now be able to buy a special kart, dubbed the Firehawk Kart, and the proceeds will be donated to the endowment, which finds jobs for U.S. and United Kingdom veterans.

The kart is modeled after a classic military plane. You can put your favorite Crash Bandicoot racer in the captain’s seat and soar across the finish line. The Call of Duty Endowment’s logo is featured prominently near the plane’s tail.

As of today, players in the U.S. and U.K. will be able to purchase the Firehawk kart directly from the PlayStation Store, the Microsoft Store, or the Nintendo eShop, and 100% of proceeds received by Activision for this special item will go directly to funding non-profits that place veterans in the U.S. and U.K. into high-quality civilian jobs. This item will be available up until $1 million has been raised for the cause. 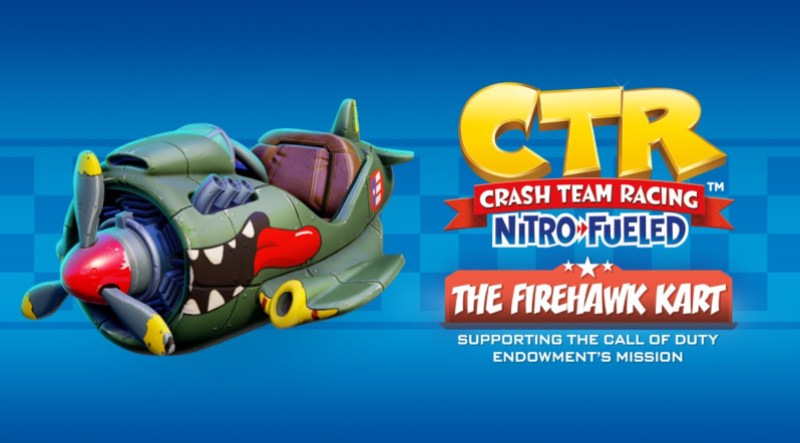 Above: Crash Team Racing’s The Firehawk

The Call of Duty Endowment has placed over 60,000 veterans into well-paying jobs earlier than anticipated and hopes to reach its goal of putting 100,000 veterans back to work by 2024.

(Also, if you are a U.S. or U.K. veteran, transitioning service member, or service leaver — or know someone who is — requiring assistance in looking for employment in the U.S. or U.K., then visit the Veteran Support section of the Call of Duty Endowment website to be paired with a partner organization who can help in the job search.)