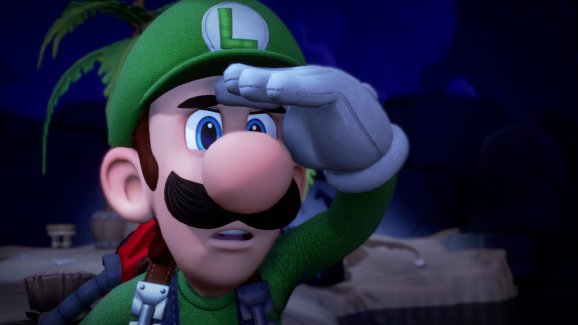 Luigi salutes you for your service to his cause.

The year of Luigi ended in 2014. Some astronomers and mystics hypothesized it may never return again within our lifetimes. But what none of those soothsayers counted on was that we are now, all of us, living in the month of Luigi.

Nintendo is decreeing that every person of integrity and decency should spend October celebrating the longest and leanest of the Mario brothers. Some claim that a corporation created the month of Luigi to sell video games, and … yeah. Actually, that’s what this is. This is a promotion for the upcoming Luigi’s Mansion 3, which debuts on Switch on October 31. The U.K. Super Mario Twitter account announced the event and changed its name to Super Luigi U.K.

I’m sick of people obsessing over the commercialism of this commercial. Still, the Super Luigi U.K. account is sharing some nice memories to praise the very good green boy.

So how are you honoring Luigi? Put on all your green clothing. Torpedo attack an enemy off of a ledge. Birth a child and name it after the platforming plumber (it’s good luck). The truth is that there is no wrong way to idolize Mr. Greenstache.