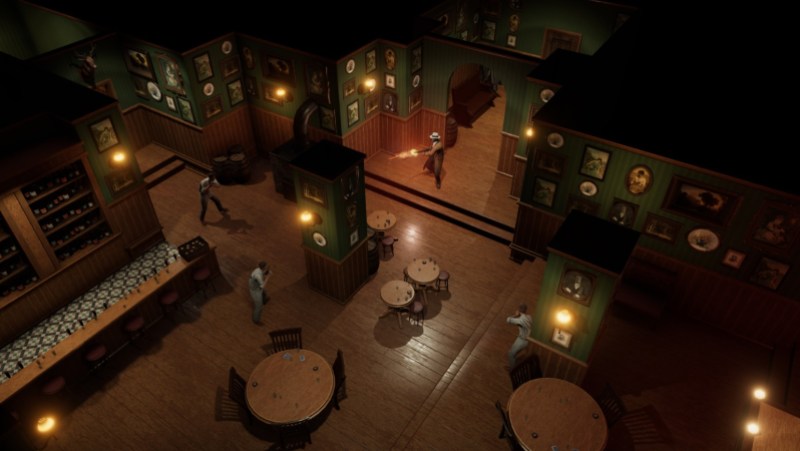 Above: Brenda Romero and John Romero are working on Empire of Sin

GamesBeat: These dependencies sound like they’re the thing that makes this complex technically.

Romero: There are certainly a lot of moving parts in the game. There’s loads to do. As you well know, nothing makes itself. This game would be nothing more than just an idea without the coders and the artists that are creating it.

Specifically, it’s Ian Dunbar who’s working on the RPC dynamics. He’s the person — we joke with him, because he’ll say out loud, “If two people fall in love and they something something something” — it was one of my more amusing experiences, listening to a programmer talking about how to programmatically create love and intimacy between two people.

GamesBeat: It seems like a big game for an indie team to pull off, too. Is this more ambitious than your other games? Do you have more resources at hand?

Romero: An overactive imagination, if that counts? We have, I would say, two things that we’re fortunate to have. One is that it’s a very experienced team. That pays off in so many ways. Just from how will we architect the code to lot of the design decisions that we make. That’s not to say there aren’t changes. There are obviously changes.

Then we also have a tremendous asset — I know it’s sometimes said as lip service, but in this case it’s pretty obvious, and I’ve been transparent about it. We have an ace in the hole with Paradox. If there’s a publisher that knows its players inside out, knows what they want, it’s Paradox. There are some times as a designer where I’ll think, “There are three different ways I can do this,” and we can ask Paradox, “What would your players prefer?” They’ve also been fantastic about doing lots of UR tests. Seeing how people respond to the game and making changes in the game while the clay is still soft and we can still make those changes.

You’re absolutely right that it’s an incredibly challenging and ambitious project. It wakes me up regularly at five in the morning. “Hey, have you thought of this thing? This is something that needs to be done.” It’s by far my most ambitious game. There’s not even a question about that. But so far, so good.

GamesBeat: Were there some things you learned from Wizardry or other earlier games?

Romero: Tons, believe it or not. I know the length of time it will take me to balance something based on previous times that I’ve balanced games. Wizardry, at this point in time, it’s older. It’s not the same style of game. But I did like — in Wizardry I had characters that you could recruit for your team. I loved having the interesting interactions with those characters. That certainly hasn’t been lost.

Many of the games I’ve worked on, the game doesn’t always take itself super seriously. There are things that are sometimes funny. Even though this is a very serious time and theme, there’s ridiculous stuff that happens. Capone kidnapping someone to play his birthday party. Normal people might just book a musician, but not Capone. He kidnaps Fats Waller to provide the entertainment. Stuff like that is in the game as well.

In the early Wizardry games, especially Wizardry VI I think, there was a ridiculous amount of research, enough that you could even think it was unnecessary. All of those weapons were individually researched. Why? Who knows. They could have been done in a spreadsheet. But there was that craft to it. That’s carried forward. Ian O’Neill is the guy who deserves credit for this, for the weapons research and which weapons to put in the game and what weapons might have been used in the 1920s and how they were used. 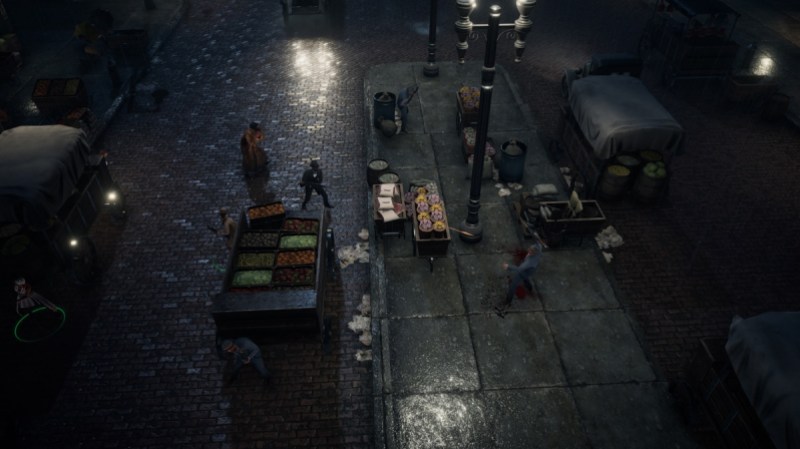 That’s something that’s carried forward, or I should say something that’s similar between the two games. I didn’t bring up Wizardry VI and say we should do it just like that. Empire of Sin is absolutely its own thing. When you brain figures out how to make something work in a way that’s not been done before, those are the moments that you live for in your career.

If you get a chance to even have one of those moments — for me, when I’m working on pitches or trying to think of something unique today, I’ll isolate myself, completely isolate myself. Usually my brain won’t stop thinking about a topic. This is a case in point. It’s some niggling thing that I keep thinking about and reading books about. I’m fearful that it’s going to come out in another giant game. But we’ll see. This one should have legs under it for a while.

GamesBeat: This genre seems as popular as ever, gangsters and the mafia in general. People are still fascinated with it.

Romero: There’s certainly a lot to the theme. You could put any genre next to this. You could have a Prohibition-era adventure game, a shooter, an RPG. Platformer might be pretty weird? [Laughs] But you could do it. There’s lots of stuff.

For me, once I figure out the theme, then I’m trying to hone in on what might be the most interesting — even though Paradox had picked up the game and we knew we were making it with them, even in the very earliest days, a lot of the game was formed with me and the coders at the time sitting around a table and saying, “If you could do anything, what would you want to do?” Playing it like a role-playing game. Many of the actions you can take in the game now come out of those early sessions. Obviously I thought through some of those things for the pitch as well.

That’s my very long way of saying that I like to make games that I could also play off the computer. To me that’s a richer experience. It’s also an easier way to prototype.

GamesBeat: How much of the family is helping with this?

Romero: [Laughs] I guess we’re in a fortunate situation. We have a literal family business. John is obviously working on design and production stuff. The other kids, as they can, are testing the game. But I should say, there’s an actual fully functional testing department. They’re more like, “Hey, can we have access to the build?” I think it’s safe to say that for this one it’s just John.

GamesBeat: The kids are learning something about criminal empires, then.

Romero: [Laughs] Unbelievably, yeah. But you know what, it occurs to me — John’s great-grandmother is in the game. She’s Elvira Duarte, who actually ran a brothel empire in Mexico, in Nogales. There’s been some funny comments on my Facebook wall, where one of John’s cousins will say, “Oh, mama Elvira is going to be in the game! That’s going to be pretty wild!” I guess she counts as another one.

John has a really colorful family. My family — Frankie Donovan, my great-grandfather, he lived in Canada at the time. He was an Irish immigrant to Canada. He would have brought alcohol across the St. Lawrence, which wasn’t deep at the time. It hadn’t been dredged, so it would easily freeze over in the winter. His real name was Paddy Donovan, but because nobody would possibly believe that, and it could have been interpreted as sort of mocking, we went with Frankie. But there’s nothing about Frankie that didn’t look Irish.