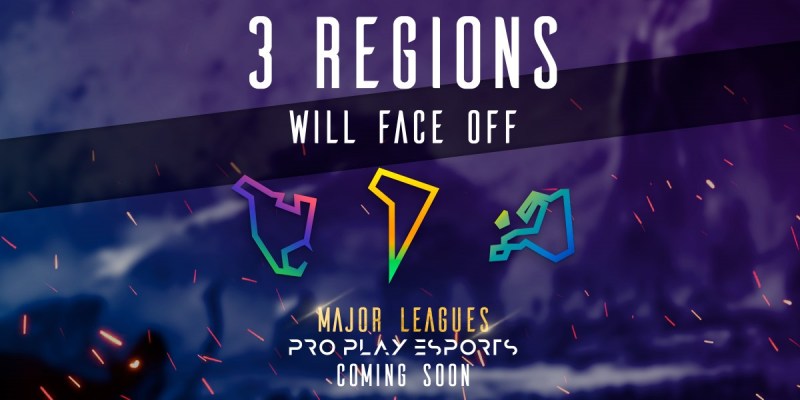 GamesBeat: What’s your competition like in Latin America and the larger world?

Cortizo: In Latin America it’s just the presence of international companies. We’re the first company to do this in Latin America at this scale. The challenge is a big one. Latin America is an ecosystem where you have gamers and developers and platforms, private companies, that hold tournaments, and then sponsors. That whole ecosystem–a year and a half ago there was nothing. The esports market was really niche.

Latin America is going to grow big now. Not only for traditional console games, but mobile is going to be huge. It’s already huge right now. A lot of the free-to-play games are running tournaments, games like Free Fire. They have a really solid presence.

For Latin America it’s going to take a bit of time. We’ll be pushing what we’re doing right now in the region. But it will take a while. I’d say we’re seven or eight years behind the curve compared to what the rest of the world is doing in esports. When you go into meetings with brands and clients, a lot of people say things like, “Esports? I haven’t heard of that.” You have to educate a lot. In the other markets, we’re looking into the opportunities right now for brands, endemic and non-endemic, to jump into this kind of show business.

Latin America has a lot of players. Natively and digitally, players have a wider vision in how they consume digital media. But brands and companies don’t have the insight into what esports is yet. 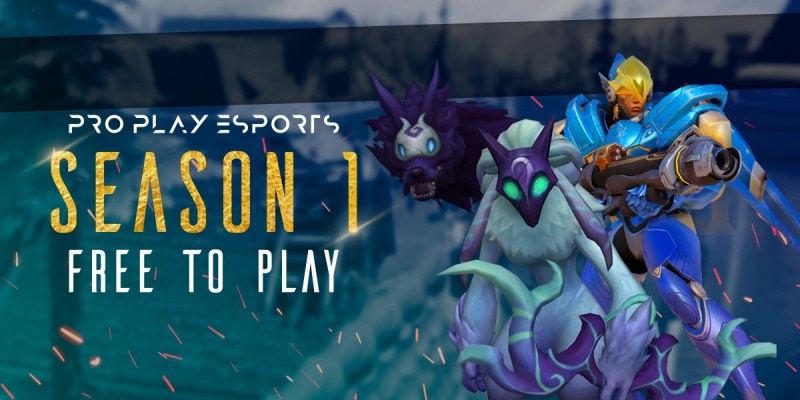 GamesBeat: As far as the amount of money that’s appropriate to invest, if the market is going to take a long time to take off, maybe you should spend slow? If it’s going to expand quickly, you can raise a lot of money and spend fast. What’s your own view of the pace of market growth, and this larger question of whether there’s too much hype in the esports market right now?

Cortizo: For us as a company — this isn’t my first venture. I’ve done several other ventures where I’ve worked with international brands and clients. I believe in making a profit, always trying to run expenses the right way. Work with the personnel and what you have right now. I don’t believe in overexceeding what a company is valued based on perception. Perception is a feeling, not a number.

Right now the business model we’re running is profitable from day one. That way, every dollar that comes to us is well-spent. It’s not based on debt and some five-year cycle of when you’ll get your investment back. It’s more about creativity, finding the right partners and relationships to have on board from day one, keeping your promises with the investment that they put in. Later on you keep growing the company.

Right now I see there’s a lot of investment going on. We have a business model that’s profitable and that can run by itself. That’s why we’ve grown this over two years. It’s been with our own capital, our own money.

GamesBeat: Do you feel that the level of excitement around esports is as high in Latin America as it is anywhere else in the world?

Cortizo: Oh, it’s growing, a lot. We’re growing in viewership. People are getting more educated about esports and competitive gaming. It’s growing by the day. It’s fun, because when you’re behind the curve, it’s a tough place for companies. But when we talk about innovation and creativity–we can take what’s already been learned in the larger ecosystem of esports. We’re not a multi-billion-dollar company where process and implementation takes a long time. We can take advantage of that and create new ways to engage with people.

Latin America for us is going to be a fun playground to grow. People are starting to see what’s happening in other places. If you take your own variation on what they’re seeing and actually deliver it straight to them, they’ll be with you forever. That’s a big part of it. When you look at the big leagues and the big tournaments right now, for them to do a shift, it’s not going to be that easy. At this point we can create whatever we want and have a direct communication with the market to deliver what they want.

That’s the advantage we have right now as a company. Latin America is going to be a lot of fun for us.

GamesBeat: How many people work for you right now?

Cortizo: Almost 50 right now, mostly in Mexico City. We plan to keep our base of operations here in Mexico, but we’re opening offices in the coming months in Europe and the U.S.

GamesBeat: Have you raised money, or are you planning to raise money?

Cortizo: We don’t know exactly at what point, but we plan to, yes. We want to find the right partner to be with us. Someone that can help us open up our vision, our market. It’s not only the capital part. We want to get together with people who know this environment and love this environment. My current vision is for the next two or three years. From there, the market is going to tell us what will happen, and we’ll make decisions based on that. But we haven’t raised money yet. It’s all been our own. 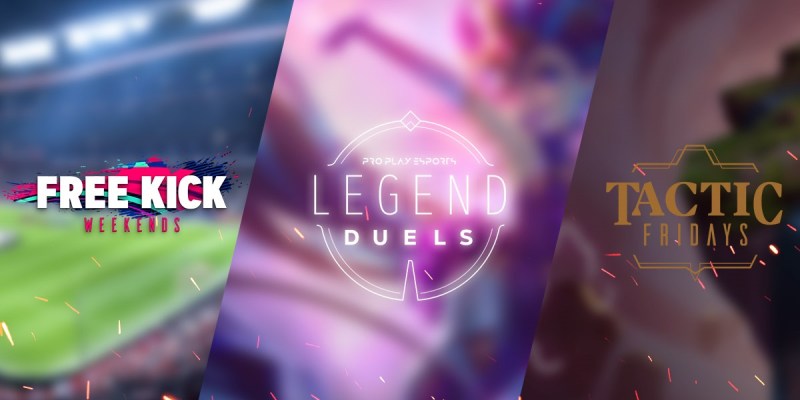 GamesBeat: What sort of interaction or communication have you had with bigger companies, people like Activision Blizzard or the other game publishers and developers?

Cortizo: Yeah, we’re in touch with them. It’s not only what we think, it’s about their support and their knowledge and how we can keep growing with them. They’re the owners of these games. We stay in touch with them and get feedback on how we can improve the experience we’re creating for their base of users, and at the same time keep up on what will be their next steps so we can be ready for that. The whole team has to be in the loop about the big upcoming changes in esports.

They make the games, and we’re enablers of their games, you could say. We’re also a new channel of revenue. But they need to take care of their IP, and we’re respectful of that at all times.

Where the Latin American esports market is going 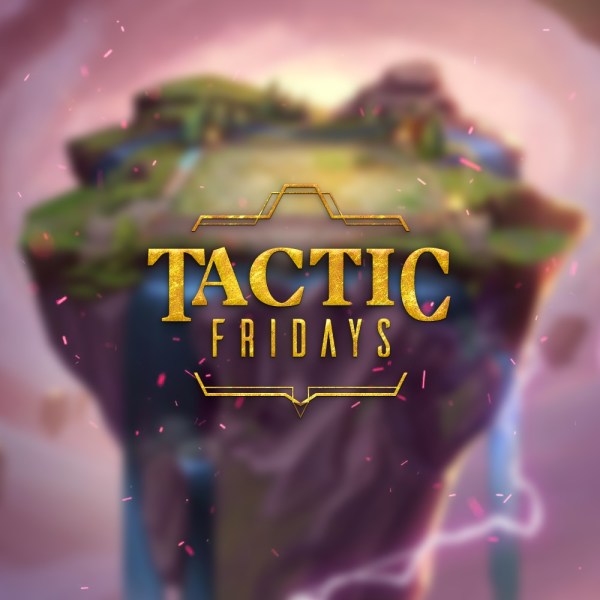 GamesBeat: As far as the particular regions that feel strongest to you, are there places in Latin America that stand out in esports? Where is it established, and where is it just getting started?

Cortizo: The top five countries, first of them all is Brazil, just because the size of the market is huge compared to any other country in Latin America. Then comes Mexico in second place, and then you have Argentina, Colombia, and Venezuela. Venezuela, with everything political aside, is a huge market for gaming, and so is Chile.

It’s been a journey. The developers have to believe in the region, but they don’t have the budgets. Their representative offices, they don’t give the big budgets to these markets. But we’re seeing some changes. Riot setting up their offices in Mexico is a huge move. Other companies have partnerships with Riot to work with them there. That’s going to be really interesting. They’re one of the biggest developers in esports, and they have the power to make a big difference. Garena, the developers of Free Fire, those guys have a huge base in Latin America, of course.

GamesBeat: Do you think the particular games that are successful in esports will be any different in Latin America?

Cortizo: One of the things about the region is accessibility. That’s why mobile marketing in Latin America is going to be huge. There was a study from Newzoo showing that by 2032, mobile is going to be the main platform for esports games. By then, some areas will have better 4G connections and others will have 5G. 5G is going to be a game-changer not only for esports, but for everything we do. That aspect of accessibility–paying maybe $300 and being able to play mobile games online is completely different from actually building a PC. Game streaming is going to go mobile.

In this part of the spectrum right now, though–the next generation of consoles is coming up. The capabilities of that are going to be huge. League of Legends has been running consistently with 8 million daily users, but at the same time, the technology is going to be pushing them forward to release a better version, a newer version.

We’ll have the traditional esports we see right now, whether it’s PC or console or mobile, the hardware we know. But we’ll also see bigger shows, with technology around augmented reality. Instead of going into a stadium and watching people play a game, you’ll have something like a projection of a football field with the actual game that’s running in the moment. It’ll be a whole new type of entertainment. Then we’ll have virtual reality. You can take the hardware and put yourself into a game that someone in another part of the world is playing. Esports going to become something like cinema, something with a lot of creativity around it, around all three of these technologies.

Right now we’re looking at the first category, traditional video games played on traditional hardware, and people watch other people play those games. But the next 20 years are going to be really interesting in how this evolves. The line between technology and reality is going to fade away. It’s going to become less about the capabilities of technology and more about creativity. That’s what will keep this medium going.