It’s hard to screw up the art that you splash on the walls of a town in Concrete Genie. You use the motion controller for the PlayStation 4 to “paint” art templates onto the town in hopes of bringing the abandoned fishing village of Denska back to life.

The game from Sony’s small Pixelopus studio in San Mateo, California, releases for $30 on October 8, exclusively for the PlayStation 4. I’ve finished the game and will post a full review later. But for now, I’ll show you my opening gameplay video and the beginning of the game.

As I noted in previews, Concrete Genie is a kind of psychological journey, played out on the canvas of a video game. A young artist named Ash loves to sketch the way the town used to be, before an environmental disaster. And he dreams of bringing fanciful creatures known as genies to life. 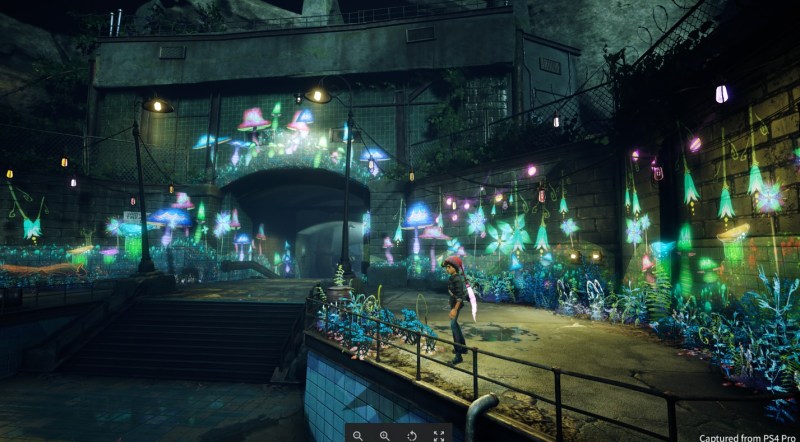 Above: Concrete Genie is available for $30 on the PlayStation 4.

But the neighborhood bullies menace him and try to destroy his art work. Their own internal demons cause them to lash out at Ash and the beautiful images he creates. That forces Ash into his own inner turmoil, as he has to deal with the bullies and decide how to fight back.

But the bullies don’t know what they’re in for, as Ash’s genies come to life and urge him to restore the beauty of the town. It’s a heartwarming story that is reminiscent of Thatgamecompany’s Flower, a PlayStation 3 title from 2009.

As you can see in the video, you have to choose what kind of art to splash on the walls. It is a unique art-driven video game where you can express your own creativity. 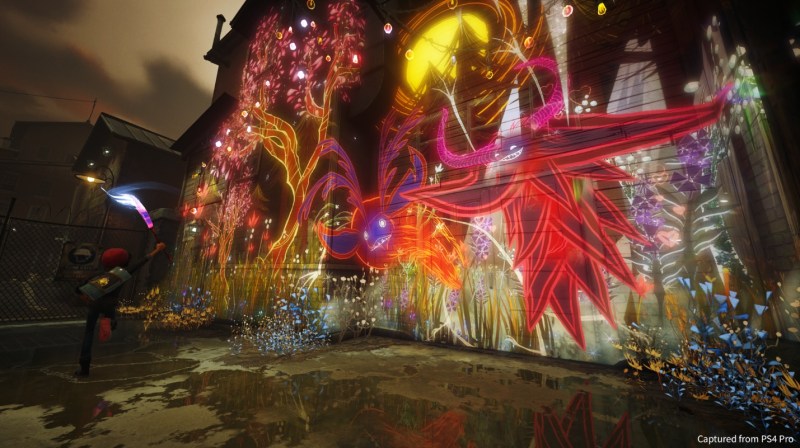 Above: Ash paints the walls of Denska in Concrete Genie.

A few months ago, Pixelopus creative director Dominic Robillard and art director Jeff Sangalli gave me a download about the making of the game. They told me that the idea was born in their art department, from a visual effects artist named Ashwin Kumar.

They were tossing around ideas after they shipped Entwined, and they came up with this concept of a young boy artist being bullied. And Sony liked it so much that they let the team run with it. It’s a heartwarming story about a bullied loner who finds a way to be heroic.