Channel Factory surveyed media buyers across the U.S. and Western Europe to determine which content topics were most likely to cause sensitivity. While the survey covered all brand marketing, I heard a lot about this issue last week at the Esports BAR Miami conference, where a lot of brands talked about the challenges of marketing campaigns associated with esports and gamers.

In both territories, racism came out as the biggest issue (cited by 70% of those surveyed), followed by sexism (50%). Both beat out terrorism and violence as topics of concern.

In the U.S., polarizing politics was an issue, while fascism was more concerning to brands in the European Union.

Brands are naturally sensitive to politically and culturally hot issues in their regions and responded that they were particularly sensitive to specific political, racist, and sexist content. Within the global survey, 56% of respondents said sexist content would score 9 or 10 on a scale of 1-10 for most damaging, and 70% of respondents said racist content would score 9 or 10 on a similar scale. However, results within the U.S. specifically showed that polarizing social content is most controversial (at 33%), while in Europe fascist content ranked highest (at 64%).

Advertisers have varying levels of sensitivity, and each brand requires a tailored approach, as their regions, cultural issues, and unique brand sensitivities combine to create different needs. Brands want a comprehensive approach that covers planning and real-time management, with the ability to adapt to changes and hot button issues.

While violent content didn’t top the list of concerns, it still scored pretty high. At the esports event last week, brands such as Anheuser-Busch acknowledged that games with red blood in them (particularly realistic first-person shooters) were inappropriate for the brand image. That’s a tough challenge, as such games are popular with millennials, who are a hard target to reach via traditional media. 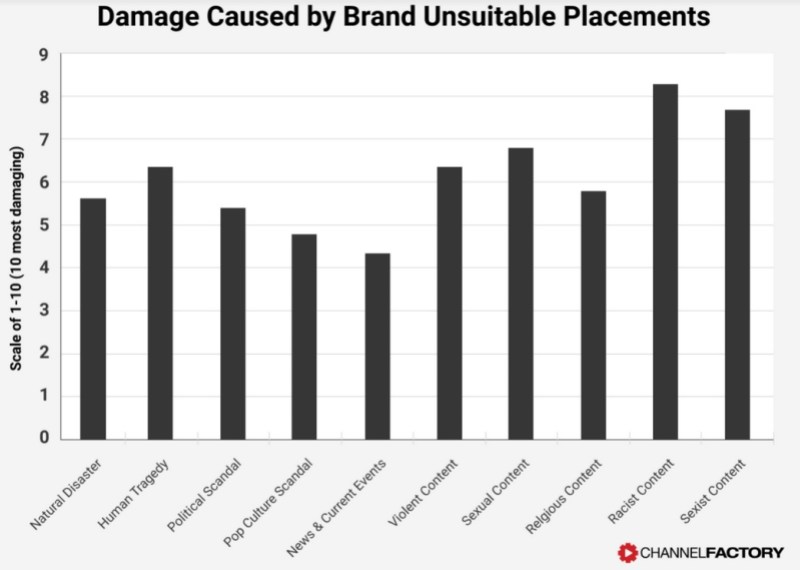 Above: Brands assess the risks for campaigns.

“The results of this survey confirm that brands must own brand suitability, because it changes so much and is unique not only to a single brand, but in different markets for different audiences,” said Jed Hartman, chief commercialive officer at the Channel Factory, in a statement. “With a volatile political situation across many countries, alongside polarizing sensationalism of all types, brands benefit from a strong brand suitability strategy and advanced partners that have the technology to scale and customize for any situation.”

“This survey reinforces the results of TAG’s recent consumer brand safety research, showing that unsuitable placements can cause significant and measurable damage to a brand,” said Nick Stringer, TAG vice president of global engagement and operations, in a statement. It also shows the importance of taking a nuanced approach to brand safety and suitability that factors in both regional variation in sensitivities and other ad-related reputational risks, such as malware and piracy. TAG’s cross-industry programs aligns closely with these findings, Stringer said, as the firm has built a global framework for local markets to address these issues.

The global survey sample included brands from the U.S. and Europe, Middle East, and Africa (EMEA) and provides a wide view of the type of content deemed brand-suitable across industries, countries, and cultures. Executives from TAG, GroupM, JICWEBS, and ABC have endorsed the survey results as a vital step toward extending the brand suitability discussion across the digital advertising industry.

“The results of this survey provide an in-depth view of the global variables of brand suitability and prove what a complex area this is, both geographically and from brand to brand,” said JICWEBS CEO Jules Kendrick in a statement. 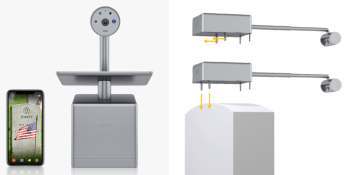 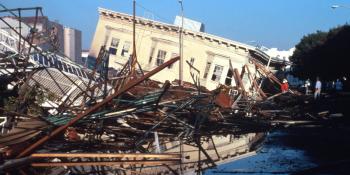