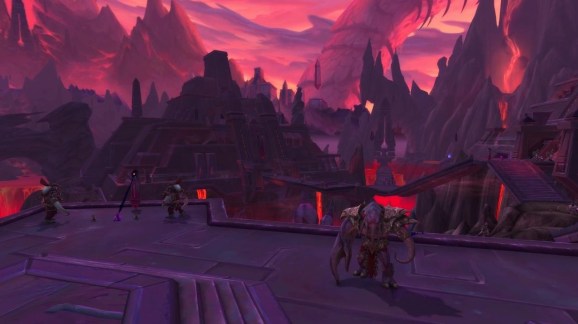 Blizzard Entertainment has detailed the next big patch for World of Warcraft. The 8.3 update is Visions of N’Zoth, and it’s hitting the public test realm today. And it’s adding a lot.

This includes two new Allied Races: the fox-like Vulpera for the Horde, and the robotic Mechagnomes for the Alliance. This will give players two new races to try. The update is also bringing some changes that fans have been requesting for years, including a revamped Auction House that promises to make shopping easier.

Of course, the patch will also add a new raid, Ny’alotha. This will include 12 bosses, culminating with the final fight against the Old God N’Zoth. Some changes will also come to existing World of Warcraft areas, specifically Uldum and Vale of Eternal Blossoms. Both of these will be under an Old Gods assault, and Vale of the Eternal Blossoms is finally getting cleansed for the occasion (this beautiful zone was decimated in a patch years ago, and fans have wanted to see it restored to its former, breath-taking glory).

Visions of N’Zoth will include new challenges that take place in alternate versions of the capital cities Stormwind and Ogrimmar. These will support one to five players and reward players with a legendary cloak that they can empower. The Worgen and Goblin races are also getting heritage armor (a race-specific cosmetic set).

This will also likely be the last major update for Battle of Azeroth, and we should hear about World of Warcraft’s next expansion at BlizzCon on November 1.