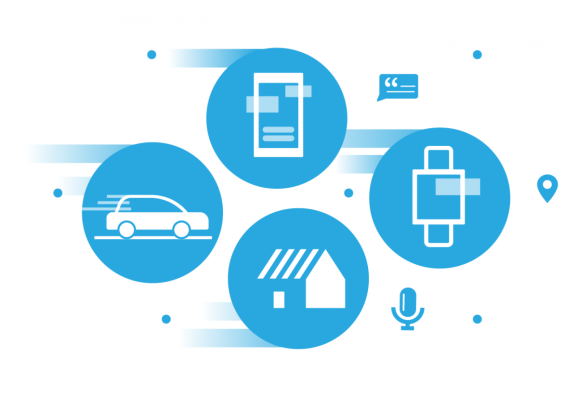 Over a decade ago, Michael Martin’s father fell off the roof of his home in Rockport, Indiana, breaking his wrist and shattering his hip. Unable to dial 911 from his cellphone, he laid outside in freezing cold until his wife came home and contacted emergency services from their landline.

This catalyzed the founding of RapidSOS in 2012, a startup headed by Martin and Nicholas Horelik with the mission of furnishing 911 responders with superior data. Its first product — a discontinued smartphone app called Haven — enabled users to check in with family or tap visual tiles to quickly initiate a 911 call while transmitting emergency info. In the subsequent years, Haven was supplanted by technologies designed to allow public safety answering points (PSAPs) to access smartphone hybrid location information.

RapidSOS attracted the attention of investors in 2015, who committed $500,000 in grant funding to enable it to build out its business-to-business portfolio. They haven’t lost interest; following an initial series B funding round totaling $30 million, the company today announced that it’s raised a $25 million extension led by Energy Impact Partners (EIP). Martin says the fresh funds will support its efforts to secure new data partners and broaden the availability of RapidSOS’ emergency response platform.

“This funding supports our mission to connect the world to public safety,” said Martin. “[Our goal is] to ensure everyone has access to emergency services when they need it most.”

As Martin explains, the infrastructure behind 911 often dates to the ’60s and ’70s and limits the flow of information to a mere 512 bytes. (That’s less data than was transmitted in the very first transatlantic telegram in 1858.) RapidSOS’ cloud-based emergency infrastructure, then, aims to supplement the connection between callers and emergency services with a suite of tailored APIs and monitoring solutions.

RapidSOS provides tools to access and operationalize emergency health and medical information, vehicle telematics, multimedia, building sensor data, and more. RapidSOS Clearinghouse, an NG911-compliant location information server and data repository that’s available to public safety agencies at no cost, collates data from millions of RapidSOS-enabled iOS, Android, wearable, home security, and automotive devices by routing it through the web and software integrations. As for RapidSOS’ Portal product, it allows telecommunicators to view location and rich situational data for calls through a platform-agnostic dashboard.

RapidSOS claims it’s the only platform directly linked with public safety call-taking, dispatch, and mapping systems from every PSAP and first responder software vendor, and that it sources emergency data directly from Uber, MedicAlert Foundation, the American Heart Association, and others in addition to Google and Apple. Furthermore, the company says it connects over 250 million Americans to more than 3,500 local 911 and first responder agencies, and that it’s managed more than 90 million emergencies to help to save thousands of lives.

Energy Impact Partners partner Sameer Reddy added, “From managing the impact of extreme weather to more routine day-to-day operations, public safety is central to the mission of utilities around the world. We’re excited at the potential of RapidSOS’s advanced technology platform to transform how our utility partners manage safety, security, and emergency operations.”

It might be argued that RapidSOS’ adoption has been bolstered partly by a 2021 U.S. Federal Communications Commission mandate, whereby the agency will require carriers to locate callers to within 50 meters at least 80% of the time. But a few of the company’s partners were no doubt persuaded by RapidSOS’ whitepaper, which cites an actuarial analysis that found that every minute saved during life-threatening emergencies could lead to a 2% to 10% reduction in mortality and a 20% reduction in property damage.