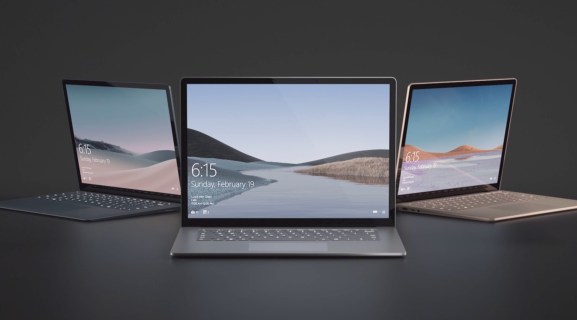 The PC market grew between 1% and 3% in Q3 2019, according to research firms Gartner and IDC. After six years of quarterly PC shipment declines, 2018 was mixed, with negative, flat, and positive quarters. 2019 is doing slightly better: Q1 was negative, but Q2 and Q3 were positive.

Gartner and IDC analysts pointed to the Windows 10 refresh cycle in the business market as contributing to the past quarter’s gain. With Windows 7 hitting end of support on January 14, 2020, it seems like at least some businesses are trying to migrate to Windows 10 last-minute. Gartner said that U.S. tariffs on China-built mobile PCs had a minimal impact, while IDC warned of higher tariffs for PC makers on the horizon.

(Gartner also shares U.S.-specific figures and in Q3 2018 found that Microsoft had broken into the top 5 PC vendors. The company has held onto this position every quarter since. But that’s U.S.-only — Microsoft still doesn’t appear on worldwide charts.)

As you can see in the chart below, Gartner found that in the top six, only Apple and Asus saw declines in PC shipments. The rest of the market was down 9.3%.

Lenovo, HP, and Dell all saw similar growth, though the first two are neck-and-neck. Dell’s growth has slowed, but at least it’s still growing.

“The Windows 10 refresh cycle continued to be the primary driver for growth across all regions, although the magnitude of the impact varied according to local market conditions and the stage of the refresh cycle,” Gartner principal analyst Mikako Kitagawa said in a statement. “For example, in Japan, PC shipments grew 55% in the third quarter of 2019, driven by the Windows 10 refresh cycle and a pending sales tax change. This strong growth helped propel the total worldwide PC market to growth.”

IDC also found Lenovo first and HP second, with Dell rounding out the top three. All three saw growth, while Apple and Acer declined. The rest of the market also declined, by 3.2%. The exact numbers, for your perusal:

“Commercial demand should accelerate as enterprises work through the remainder of their Windows 10 migration,” IDC research vice president Linn Huang said in a statement. “The number of months until the end of service (EOS) date of Windows 7 can be counted on one hand. With January 14, 2020 drawing nigh, the commercial market should be able to digest the extra inventory over the next several quarters. Supply constraints may loom in subsequent quarters, so excess may not be a bad position for channel inventory through the remainder of the year.”