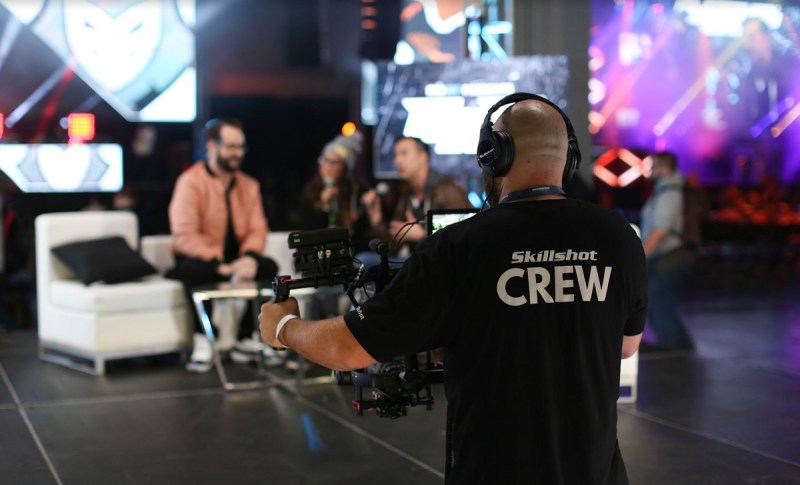 Above: Hi-Rez Studios has formed Skillshot to create esports content.

GamesBeat: Are you seeing some smart, authentic activations happening at your events?

Harris: Even outside of our events, a lot of the ones that were highlighted in the initial panel were very well-done. We try to lean into the interactivity of the platforms themselves. We were, I think, the first to engage with Twitch on their Twitch Prime program, very early on. We were the first to engineer viewer rewards on the Mixer platform. We were slightly ahead of Ninja. I guess we’re visionaries? We did the same thing with the Facebook platform.

The idea that you can watch on these platforms and get rewards–in the case of Mixer, we architected a Mixer points system. You can watch and grind your way to items that you might not be able to pay for or play for. It’s another path to accumulating content in Smite. Again, we look at what’s unique about these platforms, which is the interactivity, and try to go hard on that.

GamesBeat: What’s your road map ahead for esports, things that are happening in the future?

Harris: I’m excited about mobile in general. From a Skillshot lens, looking across the spectrum of what’s out there–sometimes when I talk to the crusty old-school esports guys like myself, they look down on mobile esports, the same way traditional sports used to look down at esports, which is kind of funny. I think there’s going to be a lot of that in the future if you look to Asia, which is where the trends tend to start. As a general category, I’m excited about that.

From a Skillshot standpoint we’re just trying to be a one-stop, single solution provider. We’ve had the experience of everything from promoting events to putting on the live content to branded content to getting players here and navigating the visa process to getting them payment to making sure they’re tax-compliant. We’ve been doing that whole thing for about a decade.

Waldstein: We have two trends that are on the opposite sides. One is augmented reality and virtual reality. Having the dragon fly through virtually, or like it’s really here. The fact that the experiences are going to become more and more visually compelling–it’s going to feel more and more real. That’s one very strong trend.

The other strong trend with franchising and location-based experiences is that people also really want physical experiences. Now, instead of just being able to watch esports on Twitch with your phone or your PC, suddenly you can go to Philadelphia and watch the Shock sweep the Overwatch League finals. That’s an incredible experience. I was just there this weekend.

So we have those two trends: going toward VR and AR, and then a lot more physical esports experiences. That’s a huge opportunity for brands — to put their products and their experience in people’s hands, to win them over as advocates, to share with them in that experience. You have the digital meeting the real world and back to the digital. Those are two very strong trends we’ll see next year. 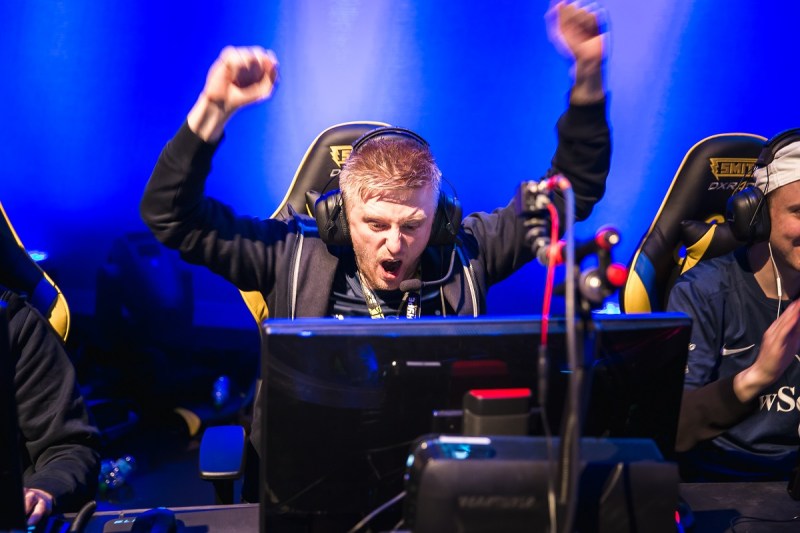 Above: A Smite esports match

Harris: One other point I’ll throw in–this is a business summit, but I always like to talk about the character side of the esports. We’re in this legitimizing phase. People understand there are a lot of eyeballs. But to me as a parent–I see a lot of young players. The whole character development side of esports is a conversation we don’t have enough, especially when folks are sometimes casting stones at gaming.

The same reason I like my son to play soccer, and he’s also a varsity cross-country runner, I love it when he plays Smite. He develops teamwork and mastery and communication skills. I think that as more high schools and colleges get into esports, and institutions in general, that’s going to be another wave of cultural conversation that will be very important for us as an industry. We can’t talk about that enough. The number of folks I’ve seen where their lives have been changed for the better because of gaming and esports is very high. I see those stories every day.

Harris: Yeah, Smite is one of only three games they currently endorse. It’s very brand-safe and very kid-friendly. It’s T for Teen. We do partner with them, as well as others.

Question: You mentioned networking and how gaming is the new social network. Can you talk more about that phenomenon?

Waldstein: I’ll start with a story and then hand it off to the person who knows what they’re talking about. One of our best developers was playing League of Legends. He ended up matching and playing pretty often with another character. He then met her at an event, fell in love with her, and they got engaged. A lot of their friends are around League of Legends. They watch competitions. They play with their friends. It’s part of their life.

Where before you would meet somebody playing a game or a sport in real life, or some other way, now a lot of people’s time is spent in a community online, inside a game or around a game. That’s something personal from FanAI. One of our developers literally met his wife playing League of Legends, in the community around it.

Harris: I have a similar story. Allie Young is here. She’s out of Atlanta. She met her husband playing an online game, and now she owns a business in Atlanta, a communal social space for gamers. That’s one. Again, I see it with my son firsthand every day. Half of his friends are real-world, from school, and half of his friends — and he uses the same term — are folks that he games with.

I see examples with our players. Some of them may be on the autism spectrum. They don’t necessarily feel comfortable in many real-life social situations, but online there’s an objective. They start to communicate to accomplish that objective. Then they build up more and more skills. I’ve been there at LANs where they meet friends for the first time in real life, and over time all the Smite teams have physically moved to Atlanta to live together. You see this evolution where now they’re more comfortable in social settings.

These are just a few examples, but I think it’s the most positive version of social networking that’s around today. There’s a goal. It’s cooperative. 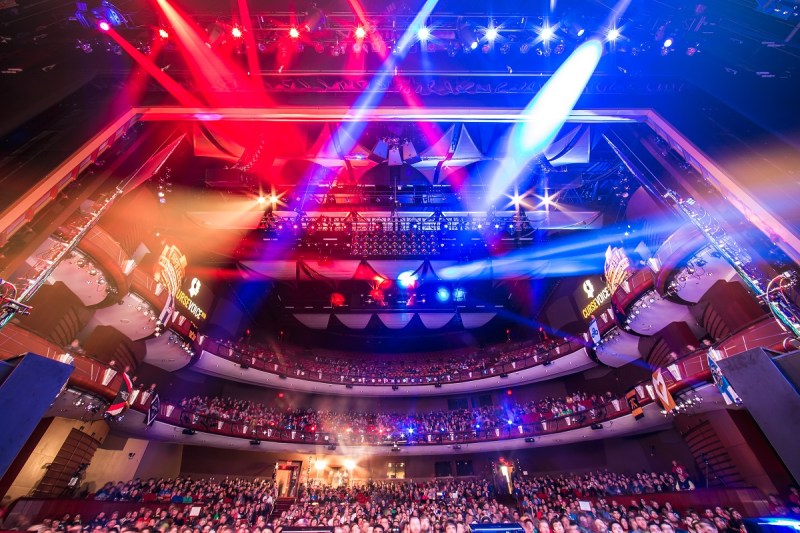 GamesBeat: When I was writing about the high school companies, it was interesting that you might expect the schools to resist the notion of video game leagues, because they want kids to study instead. But they actually see the value of the social side as well, because there are so many kids who in some ways are ostracized in high school because they’re not part of traditional sports. Esports creates opportunities for these kids to get involved and benefit in the same way.

Harris: You’re reaching a cohort that might not engage otherwise. Maybe they would play at home. But now, the way some of the leagues work, you have to play on campus. Now you’re engaged with your school. You’re playing on behalf of your school. That’s very positive.

The correlation with STEM skills is very strong as well. I probably started Hi-Rez because seventh-grade me got an IBM PC and there weren’t enough games, so I had to teach myself to try to make games as a hobbyist. That’s the story for a lot of folks that get into tech. Games light them up and become the gateway into a technology career.