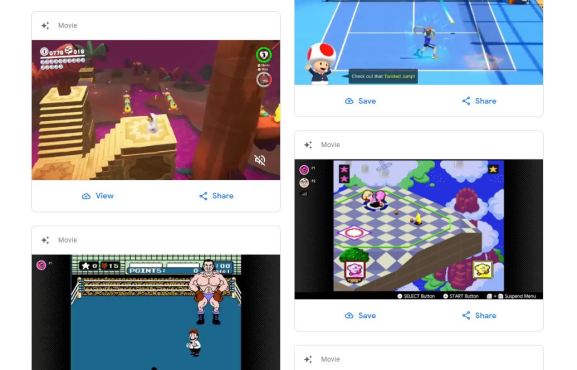 My Google Photos Assistant made some gameplay montages for me.

The Nintendo Switch limits how many video clips you can have at any one time. Even if you still have space on your SD card, the hybrid console won’t let you save more than 1,000 videos. I hit that constraint recently, and I used it as an excuse to those captures on Google Photos. Now, Google’s machines are giving me new ways to enjoy my content.

Google Photos is a service for backing up images and videos. Most people use the app to keep smartphone photos in the cloud. And it has unlimited free storage if you let it compress your images. That makes it an ideal place to keep a thousand old 720p Switch gameplay videos. But I was excited to use Google Photos for another reason: the “Assistant” feature.

One of the coolest features of Google Photos is that it shows your content in new forms. The Google Assistant bot takes related videos and images and stitches them together into montages with music. And I was hoping it would do that with my game footage.

After uploading all of my captures, which didn’t take too long, I started getting new montages in my app. And what’s great is that the automatic videos are decent. After all, the footage is probably only cool moments since I decided it was worth saving in the first place.

I uploaded all of my Switch captures to Google Photos, and it made a million of these sizzle reels out of my gameplay. pic.twitter.com/NXcliHEian

What’s especially great about Google Photos is that you can build these movies yourself. If the Assistant creates a montage, you can go in and edit it. You can swap out clips and change the music. It’s a relatively powerful editor. You can even put together a video from scratch where you select only the clips you want to use. Google Photos’ A.I. will then try to build a montage for you, but you have full control after that.

Google Photos and Nintendo Switch captures do have some problems

Overall, I’m happy with how Google Photos works as a place to keep my game captures. I don’t want to put them on a HDD or thumbstick that I’ll never look at again. With Google, at least something will happen with that funny moment in Stardew Valley or Super Mario Odyssey. But not every part of this process is perfect.

Nintendo doesn’t provide accurate metadata for your captures. For example, it doesn’t save the correct date or what game you’re playing. This is especially frustrating because Google Photos has a powerful search function. But searching for the capture date, game name, or even “Nintendo” returned nothing.

I have thousands of photos and videos on Google Photos, so it took me a long time to find my Switch content. Turns out I had to scroll all the way through my timeline because Google thinks they are from 1970. 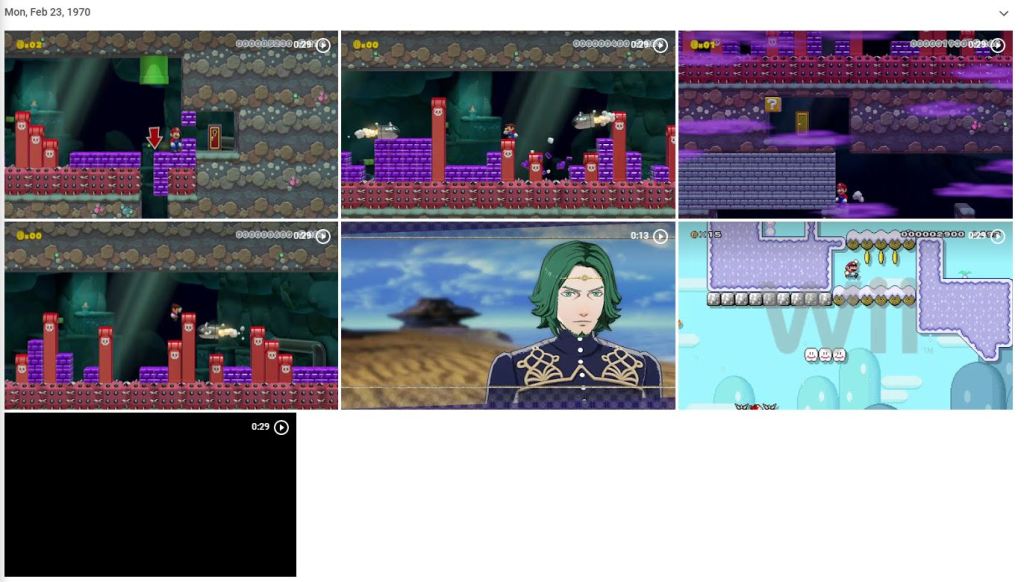 Above: My favorite memories from 1970.

But I’m going to keep putting my captures on Google Photos. And you should, too.