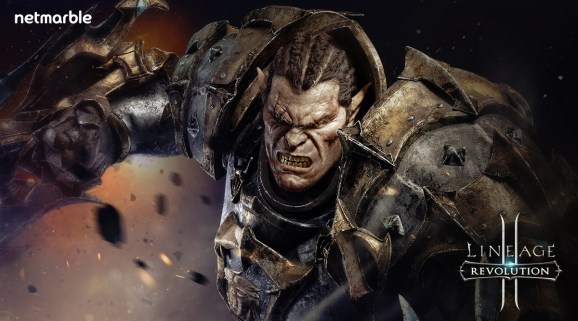 Lineage is a powerhouse in Asia-Pacific mobile markets, with Lineage M and Lineage 2: Revolution bringing in more than an estimated $4 billion since 2016 on iOS and Android. The findings come via a new report from intelligence firm Sensor Tower.

Let’s start by looking at what Sensor Tower has tracked for Lineage M. It’s a massively multiplayer online role-playing game, and the firm estimates that it’s brought in more than $2.3 billion (that’s 57%). The bulk of this ($1.9 billion, or 85%) comes from Android players.

And for Lineage M, most of this revenue comes from developer NCSoft’s home turf of South Korea: more than $2 billion. Taiwan is second at $203 million, with Hong Kong coming in third at $23 million.

Lineage M is also making more money per download than Revolution: $279 to $57.

“Lineage M is the more popular of the two games in South Korea, which has contributed nearly 90% of its revenue and close to 76% of spending in both titles. Players there have shown a stronger affinity for the title, which is a mobile port of the original Lineage, than the reworked-for-mobile Lineage 2: Revolution,” a Sensor Tower spokesperson said. “This bodes well for the upcoming release of Lineage 2 M, which is also a more authentic port of the PC original.”

Say you want a (Lineage 2) revolution

Like its relative, Netmarble’s Lineage 2: Revolution saw much the coming from Android: $1 billion (61%). Yet Revolution also found a paying audience on iOS, with players spending $678 million (39%). South Korea fans again led spending, with $993 (57%). Just like Revolution found a place on iOS, it also found an audience in Japan, bringing in $410 million (23.6%). Taiwan came in third at $112 million.

Revolution saw almost four times as many downloads as Lineage M, with 30.5 million installs since its launch in 2016. Android saw 22.6 million of these downloads (74.2%). And South Korea was the No. 1 territory for Revolution, with 9.2 downloads (30.4%). Indonesia is second at 3.2 million, with the U.S. coming in with 2.8 million downloads (Lineage M isn’t available in the States).

Japan’s players might be Revolution’s biggest spenders — it was the second-highest revenue territory despite only being sixth for downloads.