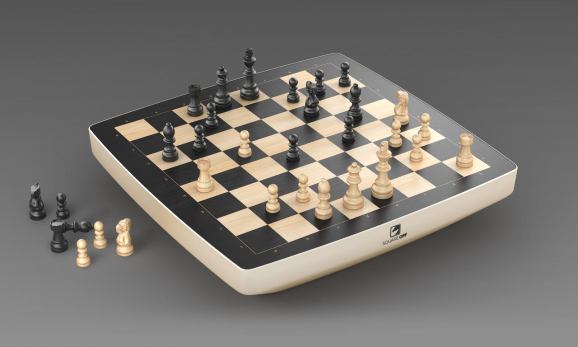 Square Off Neo chess board

Square Off is moving connected board games further today with the launch of a Kickstarter campaign for its Square Off Neo chess board and the Square Off SwapBoard. The new products will offer machine learning and personalized coaching.

“Our purpose as a brand is to revolutionize the way people play board games and to connect them offscreen,” said Square Off chief technology officer Atur Mehta in a statement. “Over the past couple of years, we have grown as a company and solidified our vision further. The aim is to create a unique combination of fantastic hardware and online gameplay, making a truly holistic experience like never before, and to introduce innovations that bring people off the screen and onto the board.”

Square Off launched its first automated chessboard in 2017. For the first time, players could connect with and play against other players from around the world, on their very own board, through the power of artificial intelligence. What started with a successful Kickstarter campaign turned into sales of more than 11,000 game boards. Gameboard-1 is also raising money on Kickstarter for its digital game board, hitting its target in a day. 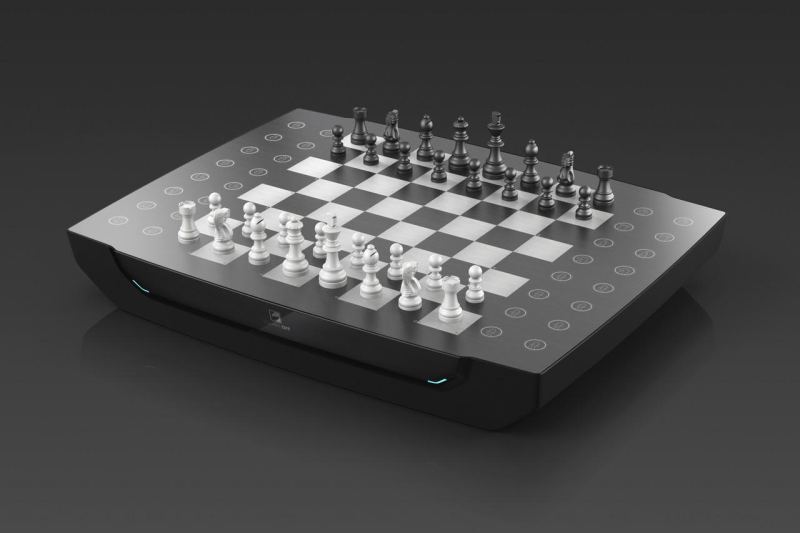 Above: Square Off’s SwapBoard chess board

Square Off Neo is a lighter, faster chessboard with a modern, minimal appearance. The company said that Neo learns every time a user plays, so when the built-in AI is challenged, the game adjusts over its 20 levels of increasing difficulty. Neo also comes with a personalized chess coach that helps players improve their game by training and enabling them to achieve their chess goals.

The SwapBoard offers users the convenience of playing multiple board games on the same surface. You can play four games on the board to start — Chess, Checkers, 4 in One, and Halma — with the potential of adding more games as new updates become available. The board has a dark color tone with black and grey design elements and a brushed metal finish. The SwapBoard’s LED light panel is programmed to convey messages like battery levels, whose turn it is, and which game is being played. The SwapBoard also packs in the Blitz Chess feature which introduces speed chess to the Square Off range of products.

“Since the beginning, Kickstarter has been a great launchpad and sounding board for us,” said Bhavya Gohil, CEO of Square Off, in a statement. “Though it is sometimes a steep learning curve, we look forward to all the feedback we receive from our backers as it has resulted in some major developments and upgrades in the past. We are confident about generating an even better response since we have two new products with a completely new category and are looking forward to the backers adding value to Square Off Neo and SwapBoard as well.”