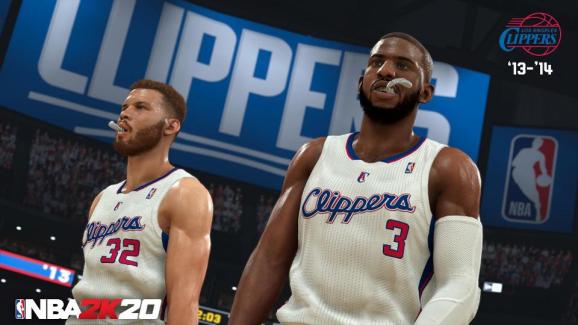 NBA 2K20 came out on September 6 for PlayStation 4, Xbox One, Switch, and PC, but the sports game is already the U.S.’s best-selling title of 2019. This is according to industry-tracking firm The NPD Group’s report on U.S. gaming sales for September 2019.

Yes, NBA 2K20 was the top seller for the month, but it’s more amazing that it immediately became the No. 1 game of the year. Mortal Kombat 11 is at the No. 2 spot, followed by Borderlands 3 at No. 3 (it also released in September).

The basketball game has also already passed Madden 20, which the U.S.’s No. 4 best-selling game of the year. Madden 20 released on August 2. If you’re wondering who’s rounding out the Top 5, that honor goes to Kingdom Hearts III.

NBA 2K20’s debut month was the best for any sports game in history, a record that it takes from its predecessor, NBA 2K19.

This success comes even after the game angered some fans with shaky servers at launch. This strong start is great news for publisher 2K, which will make money off of microstransactions from NBA 2K20 throughout the next year.