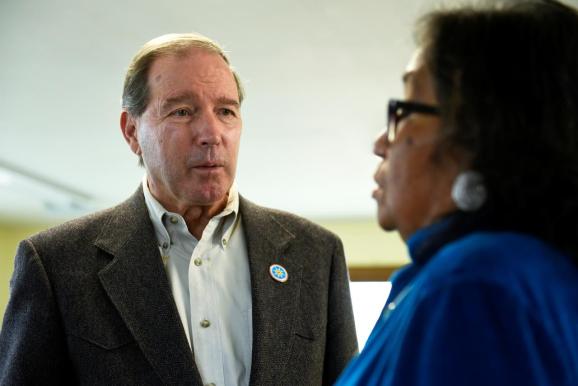 (Reuters) — Two U.S. senators on Wednesday plan to introduce legislation that would require automakers to install technology to prevent intoxicated drivers from starting a vehicle by the middle of the next decade.

In 2017, 10,847 people were killed in crashes on U.S. roads involving an intoxicated driver, with costs to society nearing $200 billion, NHTSA data showed.

Senators Tom Udall (D) and Rick Scott (R) will introduce legislation to mandate such technology on all new vehicles within about four years of the bill’s passage and direct the federal government to work with automobile manufacturers, suppliers, universities, and others to ensure those vehicles are available for sale at the earliest practical date.

Udall said he believes the technology will be ready.

“This issue has a real urgency to it,” Udall said in an interview with Reuters. “The industry is often resistant to new mandates. We want their support, but we need to do this whether or not we have it — lives are at stake.”

A similar bill has been introduced in the U.S. House of Representatives by Debbie Dingell (D) that would require setting rules for advanced vehicle alcohol detection devices by 2024.

The senators want to establish a pilot program for deployment of the technology by federal agencies.

NHTSA has invested over $50 million over 10 years in related technology, and equipment is already undergoing limited field testing in Maryland and Virginia, Udall said.

Automakers could use devices to determine a driver’s blood alcohol level by touching the steering wheel or engine start button, or could install sensors to passively monitor a driver’s breath or eye movements, Udall said.

In March, Swedish carmaker Volvo said it planned to install cameras and sensors in its cars from the early 2020s, monitoring drivers for signs of being drunk or distracted and intervening to prevent accidents.

Volvo, owned by China’s Geely Automobile Holdings Ltd, said intervention if the driver is found to be drunk, tired, or checking a mobile phone could involve limiting the car’s speed, alerting “Volvo on Call” assistance service, or slowing down and parking the car.

NHTSA last year said 7,000 lives annually could be saved with technology preventing intoxicated drivers from getting behind the wheel. Parents could protect children “by programming the system to zero (alcohol detected) — the legal limit for drivers under 21,” the agency said.

The agency and automakers have researched one system that samples a driver’s breathing, while another technology measures blood alcohol levels under the skin’s surface by shining an infrared light through the fingertip of the driver.

Advocacy group Mothers Against Drunk Driving backs the effort to mandate the technology. J.T. Griffin, the group’s chief government affairs officer, said the group is “going all out on this. We see this as how we are going to eliminate drunk driving.”