A London-based startup is creating immersive gaming experiences where friends can participate together in the real-world.

Electronic Theatre has custom-built rooms (LightBoxes) that are 200 square feet and use touchscreens, motion-tracking, surround sound, and projection mapping to beam interactive games from floor-to-ceiling across four walls. Teams of up to six people can choose a 30-minute or 60-minute session, starting at £20 ($26) per person.

At its core, Electronic Theater said that it’s trying to address a growing societal concern that technology is driving people apart — and it’s using technology to do so. “We’re not anti-technology — we want to use technology to bring people together, and do so through the power of shared play,” noted cofounder and CEO Will Dean. “Electronic Theatre is all about making screen time social again.” 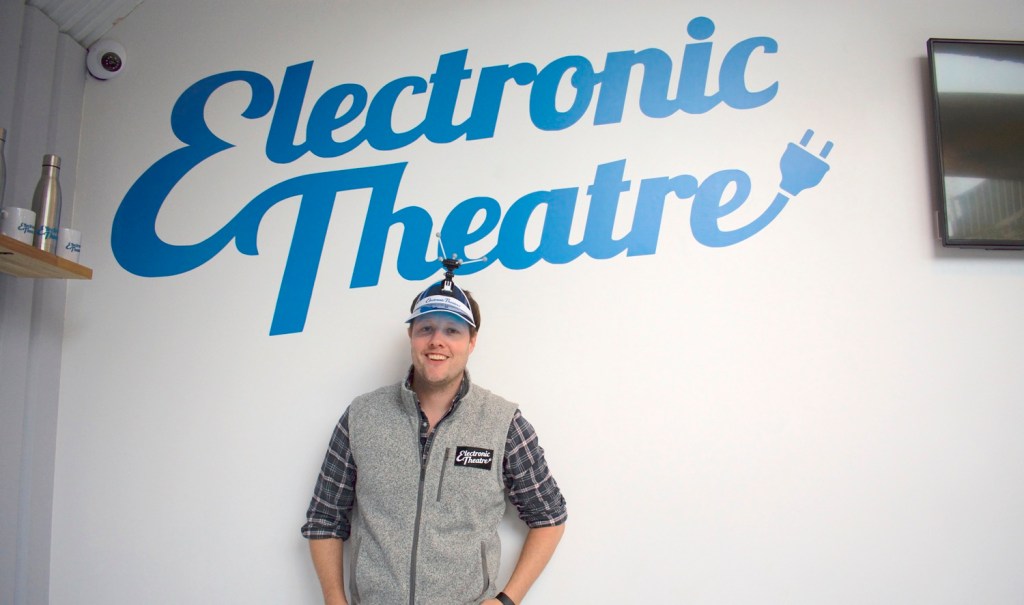 Above: Will Dean founder and CEO @ Electronic Theatre

Electronic Theatre was cofounded originally as Immersive Games Lab back in March last year by Dean, who previously created Tough Mudder, the famous mud-infested obstacle race that has taken the world by storm over the past decade.

Dean stepped down as Tough Mudder CEO last year (though he still serves as chairman), and he went on to raise £2.5 million ($3.2 million) for his new venture via a seed round of funding led by Index Ventures, before changing the company name in July this year. Not a great deal more was known about Electronic Theatre until now, but the company finally launched its first venue in London this week, with plans to open in around 1,000 locations globally — including the U.S. — over the next five years.

The games and challenges available at Electronic Theater are all developed in-house, and they will change over time to encourage visitors to return. As a side point here, this could be one notable advantage over Escape Rooms, another form of social collaboration entertainment that has taken the world by storm over the past decade or so. Given that its offering is largely software-based entertainment, it’s much easier for Electronic Theatre to change things in the future.

“The puzzle nature of an Escape Room means that once you’ve done it, you can’t go back,” Electronic Theatre CFO David Spindler told VentureBeat. “They’re expensive to build out, so Escape Room companies can’t change the ‘content’ (the rooms) that easily.”

One of Electronic Theatre’s inaugural experiences is Alien Aptitude Test, a series of short mini-games designed around a narrative that has seen aliens invade London in the year 1984.

The games are loosely based around 1980s classics — Maze Runner, for example, closely resembles Pac-Man, with players required to navigate a maze to collect coins as they dodge ghosts and other hazards. While some of the games use touchscreen control to enable user interaction, Maze Runner relies on motion-tracking.

“The technology is interactive projection mapping to display the games; motion tracking technology to turn player movements in the LightBox into character movement in the Adventures; and surround sound and touchscreens,” Spindler continued, adding that its technology is completely “custom and proprietary.”

Electronic Theatre may seem like a completely different proposition to Tough Mudder, but it shares a very similar goal: it’s all about bringing people together through social, collaborative activity.

“Electronic Theatre is an experience that any group —  be they friends, family, or workmates — can complete and feel a bit closer to each other,” Dean said. “Creating shared memories bonds groups like nothing else.”

While there are other interactive gaming experiences out there, such as VR arcades, Electronic Theatre is pitching itself as more of a social experience. Not only are participants encouraged to play with people they know, but they can also see each other at all times — there are no bulky headsets. The only gear that a participant has to wear is a visor which sports an antenna-like contraption to help the sensors track each user. 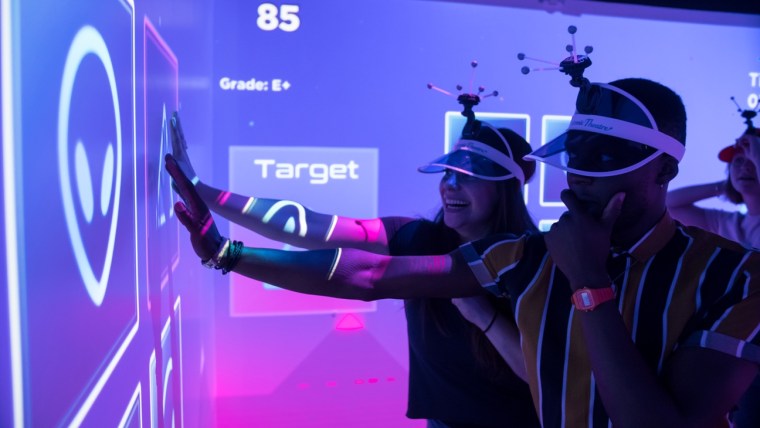 There are plenty of other social gaming experiences out there, through online streaming and in esports venues, but it seems pretty clear that Electronic Theatre is less geared toward serious gamers than it is the cinema-going or pizza-and-beer fraternity. In other words, it’s designed to form part of a night out, either with friends, work colleagues, family, or a Tinder date.

Electronic Theatre’s inaugural venue is open for business in central London now, but it’s gearing up to launch in two locations across the U.S. in 2020 — one on the East Coast (likely New York) and one on the West Coast (likely the Bay Area). Over the next two years, the company is planning around 100 total locations globally, 80 of which will be in the U.S., and of the 1,000 it’s planning by 2024 it anticipates roughly 50% will be in the U.S.