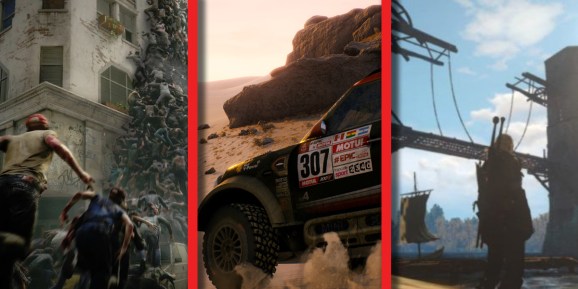 It’s been a big year for Saber Interactive. It started in March when World War Z sold more than 1 million copies when it debuted in April. The year got bigger when longtime id Software producer and game director Tim Willits announced he was joining Saber in August, adding a high-profile name to its roster.

Now the roster is getting bigger with the purchase of a Portuguese studio.

Saber Interactive announces today that it’s buying Bigmoon Entertainment, the makers of games such as Dakar 18, Demons Age, and Police Simulator: Patrol Duty. Bigmoon’s 40-person team is now Saber Porto (the studio’s home is the Portuguese city), and it’s working on two unannounced projects for PC and consoles. This move now gives Saber more than 600 employees in six countries (the U.S., Belarus, Portugal, Russia, Spain, and Sweden). Saber declined to say how much it paid for BigMoon.

“Saber has a constant need for talented developers. Even in Russia, where most of our creative staff is based, it can be challenging to find good developers despite the country’s abundance of talent,” Saber Interactive CEO Matthew Karch said over email. “We have a constant stream of projects that need attention and Big Moon is technically sound and has a ton of potential for growth.”

This is an intriguing move for Saber. It’s released World War Z, NBA 2K Playgrounds 2 (a more arcade-like take on pro hoops), and Ghostbusters: The Video Game Remastered. BigMoon brings racing, RPG, and sim chops to their portfolio, but it might be best known for the remake of Jagged Alliance in 2014.

“Well, we currently have expertise with vehicles with Mudrunner — and now Snowrunner — but those aren’t ‘racing’ games,” Karch said. “Our interest in BigMoon is less about specific genres and more about their considerable technical ability. They are already helping us on other soon-to-be-announced projects.”

The new studio is going by “Saber Porto,” not BigMoon or even Saber BigMoon, to keep with the companies’ naming conventions for its other studios. “We have offices in Spain, Belarus, and Madrid and all of them go by the Saber + Location name so we wanted to remain consistent,” he said.

World War Z has been a huge success, but Karch said that even if it hadn’t done so well, Saber would’ve pursued this deal.

“It certainly helps to have considerable cash in the bank, but we would have sought to acquire the studio even if World War Z had been a more modest success,” he said. “They’re simply a perfect fit for our roadmap of projects.”

I also wondered if this heralded a new era of RPGs from Saber.

“We are always looking for opportunities to create games that fill a market need,” Karch said. “I wouldn’t rule out RPGs or racing, but from my own perspective, I see more opportunities in other genres.”

He said that Saber Porto’s two unnamed projects would be “in the action space and the other is vehicle based.”

Karch also confirms that Saber would like to continue its port work. It’s last project was The Witcher 3: Wild Hunt Complete Edition for Switch, which released October 15. It’s receiving praise for how well it runs and the few compromises Saber needed to make to get it to work on the Switch’s weaker guts.

“Yes, absolutely, Karch said. “We loved porting The Witcher 3 to Switch — that was a real challenge, and I don’t think there are more than a few teams in the world who could have pulled that off.”

We’ll see what else Saber and its new Porto studio will be pulling off in the coming months.